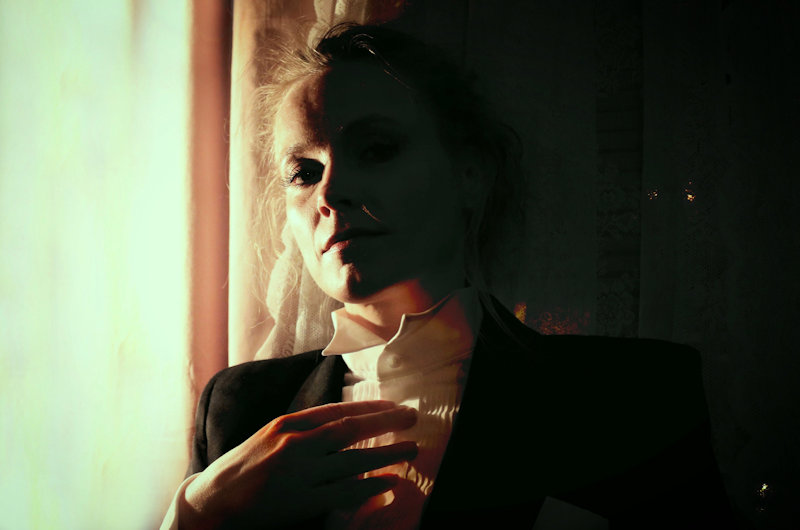 Norweigan Ane Brun has worked with Peter Gabriel, Robyn, Ron Sexsmith to name a few. She has won the Spellemannpris multiple times. She has released her albums through her own label, Balloon Ranger Records. Ane Brun is the powerhouse artist who has stood up for Climate Activism and Women’s Rights. She is Joni Mitchell, Madonna & Lady Gaga rolled into one.

Brun is releasing a new album this fall. The new tracks include “Trust”, “Don’t Run and Hide” and her latest single “Felling Like I Wann Cry.”

FEMMUSIC caught up with her to talk about the new album. For info visit https://www.facebook.com/anebrunofficial/

FEMMUSIC: I read that the death of your father, and the writer’s block that followed played a big part in the new album. Can you tell me more?

AB: I have usually dealt with feelings though writing music. And it has worked for every situation really. But when my father passed away, I found myself lost for words. I couldn’t and didn’t want to write about what was going on. It was to close, to different, to hard to early to put into words that defined this overwhelming experience.

I therefore decided to focus on interpreting other people’s songs, and released Leave Me Breathless (2017) to get a channel for my creative needs. But two years ago I started writing again. And soon it felt like a healing process. The album contains songs with big themes, also about grieving. So when I was ready, the almost self imposed writer’s block was gone.

FEMMUSIC: Both “Trust” and “Don’t Run and Hide” focus on emotional growth and trust. What is your vision for the new album?

AB: The album is about big emotions and big moments in life. I had a list of topics to address and many lyrical seeds for songs that I wanted to ´complete. My vision was to feel that I had dealt with all of them, and when the last one on the list was finished last August, I felt ready to go into the studio. I’ve been working on the album since September 2019, and we’re almost done now. Musically I had a vision of expanding and challenging my sound, but still keep my core, the warmth and the presence that I always try to preserve.

FEMMUSIC: You’ve collaborated with a number of artists over the years. Whom did you work with for this project? What were looking for in collaborators?

AB: This album doesn’t really have any particular guest artists. I’ve produced the album myself in a close team with my co-producers Martin Hederos (long time keyboardist and band member)  and Anton Sundell (my co-producer for Leave Me Breathless)

FEMMUSIC: COVID-19 has changed the way the world works. The video for “Trust” allows you to show the world. How has COVID-19 opened up new ways to express your music?

AB: It has forced musicians to reach out online in a greater extent than before. I feel that both us artists and the audience have gotten more open and creative when it comes to online communication and performances. And in an immense speed I think! it shows us how adaptable we are, right? Obstacles can create new opportunities if you try.

My worry is that musicians and artists will end up feeling an expectation not to charge for their online performances, and that this can be an expectation that continue into the post-corona era. Musicians and artists are often generous with their work because it’s a blessing to be able to give joy and comfort to people with out music. But we also have to pay our bills and our rent, so I think it’s important to keep our value in mind.

AB: It happens in different ways, but mostly it starts with some fragments of words and a riff on an instrument, guitar, piano, bass line.. And then I improvise on top for as long as it takes to find something that keeps me interested over endless takes.. And I always record from the very first improvisation, so that I can completely disappear into this very intuitive part of the composing process. When I’ve got a core of a song, I start the more intellectual part, where I finish the lyrics and join the different parts together. Sometimes it takes two hours to make a song, and other times it takes two months.

AB: Impossible to answer. My music is a mixture of everything I’ve listened to throughout my life.. And it blends in me and comes out as my own sound.

AB: I felt there was a challenge in the beginning, being a woman, when I was young and perhaps also a little insecure about my place. I’ve always had my own record company and haven’t been in a position where I’ve been depending on anyone else’s permission to release or do my music, so I feel I’ve dodged a lot of the problems many other have experiences, like sexual harassment etc.

Today I feel that there’s a new generation of women instrumentalists coming through who are amazing and inspiring. I believe in the future of women in music!

AB: I have done a lot of symphonic orchestra concerts in the last couple of years, with my own songs in big arrangements, which we released as a live album with the Swedish Radio Orchestra. I would love to bring a world class string orchestra on tour with me one day to be able to perform my songs live with all the amazing string arrangements i have on most of my albums throughout my career.

AB: The inequality in economic revenue between artists/bands and the major labels.