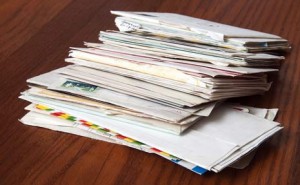 We begin this month with great news. Doe Paoro, our artist of the month from January, was signed to Epitaph Records in March. For info visit www.doepaoro.com and we look forward to her new album.

March was one of my busiest months. It felt more like a summer month, than early Spring. Now that it is done, the year is in full force. This month we’re focusing on two big events: The Warped Tour & Record Store Day.
The Vans Warped Tour began 21 years ago as a punk rock sports fest. It quickly grew in popularity because of the bookings it received, the number of shows it does, and the affordable ticket prices. In the past year I’ve seen a number of bands that have played Warped Tour including American Pinup, Courage My Love and Echosmith. As of this writing, there are 11 acts with women in them playing Vans Warped Tour 2015. We expect more announcements. We are profiling those announced in the same way we did SXSW last month. We hope you will enjoy and see Vans Warped Tour during the 3 months it is on the road.
Record Store Day is an un-official holiday. It is like Mother’s Day or Valentine’s Day where the independent record stores made it to boost sales of vinyl. On Record Store Day there will be over 400 releases of special printings just for the holiday. We’ve previewed Record Store Day before. This year we’re talking more about some of the releases because we also have a new record player and miss vinyl.
As I write this, we are less than a week away from Spring. It is warm and sunny and feels like summer. Grab your earplugs and beer money because concert season is here.

If Winter is the slowest period for artists and reviews alike, summer is the busiest. As I look at my own calendar for the month the one thing missing is sleep. I’ve said before live music is a drug. Right now I’m running the summer high. This month I expect to be out at least 20 days catching shows. Some of the artists I will have seen before but many will be my first time.
In June I found myself scrambling to get this issue together. I’d been sick and had to take an emergency trip back East. Both slowed my planning for this issue. Luckily I think it’s pulled together well. Originally I’d planned this editorial to be on the difference between a music critic and a music reviewer. That will have to wait but I personally consider myself to be the latter.
I have a friend who shops for music by going into a store looking for old vinyl of her 2 favorite acts. She owns most of their material but wants a few rare cuts. I look for music by seeing what is “fronted” first. What just came out that the labels, the store are pushing? What is new local? Does an artist have a new album? NEW. It is what keeps us fresh. I’ve seen many artists who live on the same old song that was great 5, 10, 20 years ago. What makes music fresh is something new that hasn’t been done before. I look for “baby” bands now. They are experimenting with the old and the new. They are finding their sound. That sound may be a mix of what has come before, a tribute or it may be a whole new creature that growls and roars. The untamed and new is what pushes music forward. What is pushing your music forward? What changes have you gone through that change your music? Be new. Be different.

Somehow October has come. It’s been a busy and amazing time at FEMMUSIC as you can see. I was surprised to receive Yoko Ono’s new CD, and more surprised when I received an e-mail asking if I would like to talk to her. As you will read it is one of the more interesting interviews we’ve had lately.
This month we also have the 2nd Annual Top Ten Independent Solo Artists and Bands. This year it was a hard choice.      FEMMUSIC has received in the neighborhood of 1500 CD’s this year. Finding and choosing the best was very difficult. Some were immediate and obvious choices. Others had to be thought out for a long time. I was tempted to list “runners up” but no one wants to hear about coming in second. In December you will read from the top five as voted by you. In addition FEMMUSIC will also be having lists of the best debuts, the best label albums and a variety of our recommendations for one of the busiest years in music.
Finally, this past weekend I spoke with a friend I haven’t heard from in twenty years. Remembering that time, and how we’ve grown since then was a beautiful epiphany. It also reminded me just how valuable my friends are in these uncertain times.
May your month be filled with music.