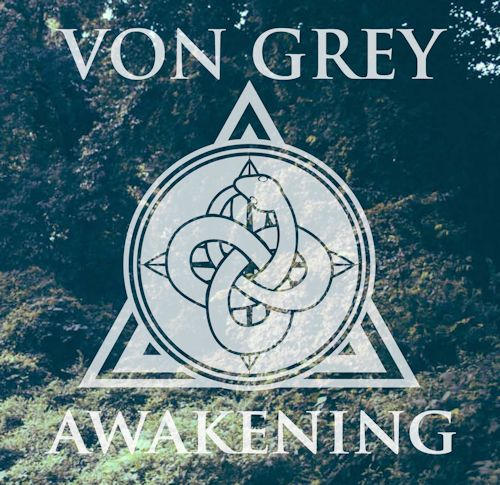 Awakening is filled with a myriad of styles. The EP was produced by Rick Beato. It was recorded by Beato and Kevin “Gand” Lanyon who also masters it. Awakening begins “Keep It Cool” which is a light elemental song with building crescendos and violin solos. “Come On” plays like a single with a 70’s groove filled with keyboard. “Deliverance” begins with a stirring acapella that leads into layered strings.  It is the most traditional folk song on the EP. “Upset Me” is a ballad that is hook laden and filled with mandolin, guitar and violin. “Ashes” is the next strongest song. It is a march that carries along the listener. “My Reflection” ends the EP. It is a love song that has some Irish elements in it and the heaviest percussion on the EP.

Von Grey can’t be pigeonholed. All their songs are filled with harmonies and string arrangements. Their sound is a cross of country, folk and indie rock. They draw comparisons to everything from The Nields, The Haden Triplets and Sheryl Crow. Von Grey is still young and evolving. One feels like their arrangements need to be bolder and to focus their power. Their greatest strength is their harmonies and string arrangements. For more info visit www.facebook.com/vongreymusic