Verite – Best of me

Posted in Videos Tagged with: Best of me, Vérité

Eden and Verite at The Gothic Theatre – Englewood, CO

Betty Who and Verite at Bluebird Theater – Denver, CO 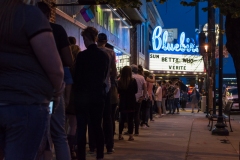 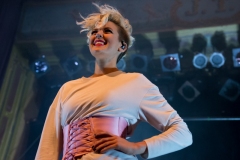 Posted in Live Photos Tagged with: Betty Who, bluebird, Vérité 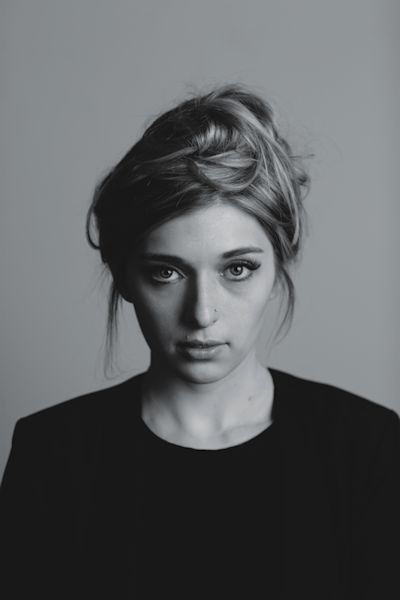 New York artist Verite emerged last year with her EP Echo, made with producer Elliot Jacobson. “Strange Enough” caught instant appeal and attention worldwide.  Finding her history has been harder.
Verite is being Spotlighted at Canadian Music Week and we were lucky to get an e-mail interview with her. For info visit www.facebook.com/veriteohverite
FEMMUSIC: Can you describe your songwriting technique?
V: The technique definitely varies in different situations. I prefer to write alone for the most part. Usually, I’ll have bits and pieces of melody and lyrics recorded in my phone or on post its on my wall. I work to string together bits of inspiration. Sometimes I’ll write to beats or tracks I’ve been sent, other times I’ll just sit and play piano until something makes sense.
FEMMUSIC:  What was the biggest challenge making the Echo EP?
V: I think finding confidence in the voice I was creating was the most consistent struggle. There were definitely times where I would second guess and trap myself in a cycle of uncertainty. Once it was set and finished everything quieted down and began to sit in good place.
FEMMUSIC:  What experience stood out while making the Echo EP?
V: I think what stands out most to me is how frantically focused my producer and I were while wrapping the EP up. I was working 50 hours a week waiting tables and he was touring on and off and we’d come together for these brief moments off and write out timetables and deadlines, and then go off to our corners, sleep and work on everything separately
FEMMUSIC:  Tell me about your touring band. Who are they and how did you find them?
V: They’re literally the best, most amazing humans. Mike (the bassist) is my cousin. Dylan (drums), Mike and I all grew up in Warwick, NY together. We’ve been playing together for years now. Dave (guitar), came up to me one random night in NYC and offered to play guitar for me if I needed. I Facebook messaged him six months later. We’re like a highly functional, very quirky family.
FEMMUSIC:  Whom would you like most to tour with, or collaborate with?
V: I’m really open to this. I don’t really think about it unless I’m asked. I think collaborations wind up being best when they just fall together, so I’m really down for whatever feels good and happens naturally. I would, however, love to work with Childish Gambino.
FEMMUSIC: What one thing would you like to change about the music industry?
V: I would love to see more variety of styles, genres and artists represented at radio and on award shows. I think exposing the general public to more artistic diversity would be a positive change.
FEMMUSIC:  As a woman in the music industry have you been discriminated against?
V:  I haven’t. I think that the only thing that feels discriminatory sometimes is the assumption that I’m inherently having a different experience than anyone else in the music industry because I’m a woman. It’s an odd balance and this is the tip of a massive conversation.
FEMMUSIC:  You released the song “Wasteland” recently. What are the plans for more recordings? Is there another EP or full album on the way?
V: I’m not sure. Definitely shifting my focus back to writing for this month. I’m interested to see how things fall into place.
FEMMUSIC:  What advice would you give to an artist starting out?
V: I feel like I’ve said this before… but work really hard. Work hard at making art that feels organic, work hard to practically support yourself so you can have the independence to create what you want, and then work hard to find people who understand your vision and can work with you to see it through.

Posted in Interviews Tagged with: Vérité