India Shawn – Before We Go 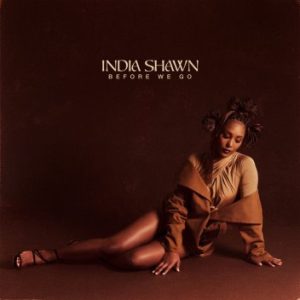 Los Angeles singer, songwriter, and artist India Shawn presents her new EP Before We Go today. “DON’T PLAY WITH MY HEART” and previously released powerhouse singles “Too Sweet” [feat. Unknown Mortal Orchestra], “Movin’ On” [feat. Anderson .Paak], and “NOT TOO DEEP” [feat. 6lack], Before We Go boasts two new tracks. “Superfine” represents a moment of confidence as she chooses herself over an ex above a head-nodding beat uplifted by guitar.

Then, there’s “To Change My Mind.” Her dynamic vocals entwine with ethereal production before another hypnotic hook takes hold. The EP ultimately illuminates every facet of her scorching signature sound.

11/27 Portland, OR at Wonder Ballroom

Posted in Videos Tagged with: 6LACK, Anderson.Paak, Before We Go, Don't Play With My Heart, India Shawn, Mayer Hawthorne, Movin' On, Not Too Deep, Rare Changes, Superfine, To Change My Mind, Too Sweet, Unknown Mortal Orchestra