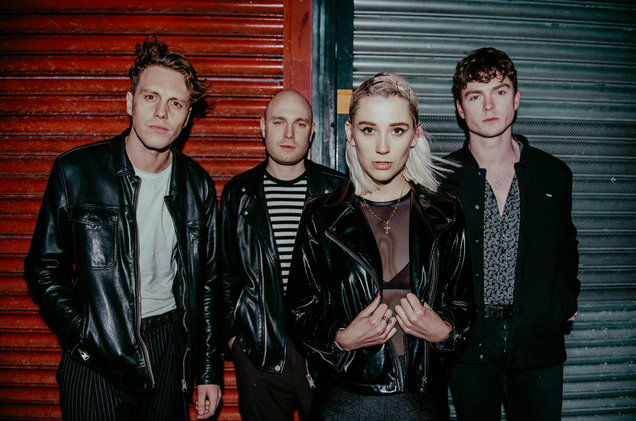 Yonaka made their US debut this summer playing in NYC and LA. The 4 piece rock band released their debut album Don’t Wait “Til Tomorrow earlier this year. The album is punctuated by songs like “Lose Our Heads” and “Rockstar”

The band has an edgy arrangement with a pop addiction. It is a dangerous combination. The band self-produced the new album. For info visit http://www.weareyonaka.com/

FEMMUSIC:  What was the biggest challenge making Don’t Wait ‘Til Tomorrow?

TJ: I think the biggest challenge was time. We had one month to record and produce 11 songs ourselves. It was long days every day using everything we got to make these songs sound incredible with a small amount of time. Comping vocals is probably my least favourite thing, you start to feel a bit crazy in that part of the process.

FEMMUSIC: What lessons did you learn from making your previous EP’s that helped to make the album? What was the biggest difference?

TJ: I think the biggest lesson was learning that we were capable to write, record and produce and album ourselves. We produced the previous e.p Creature and half of the e.p before that Teach me to fight. You have to make people believe in you that you can do it. So we learnt that we could totally do it on our own. It’s just a lot more pressure as you can’t take a seat back at any time as you are 100% in it all the time. In the future we would love to work with other producers I think this is a great thing as another creative mind can bring things to your work that you can’t think off because you have already taken it to your favourite place.

FEMMUSIC: Tell me about Fueled By Ramen. What made you decide to sign with them? How are they to work with?

TJ: We love that label and the roster. It has such incredible music and they are very positive. We have only been to America once thus far so we will hopefully be getting out a lot more next year.

FEMMUSIC: The video for your single “Rockstar” came out recently. Does the video fit your vision of the song? How did the song originate?

TJ: Yes, making that video was lovely we had some fans come down and take part and they made it so special singing all the songs on the album between takes it was such an inspiring experience and Libby the director is so talented and me and her sat down and spoke about what the song means and I wanted it to show 2 perspectives and that should be a daydream and reality but we had to do it on a budget and she came back with the show idea versus the singing in my bedroom cutting from shots and it was just great. We have had this song for about 1.5 years and it’s lyrically a dream up of being a rockstar and talking about the present of having no money but still living and dreaming.

FEMMUSIC: What is your favorite track on the album? Why?

TJ: For me it’s between “Creature” I love this song so much i never get bored of it. It’s a love song but in the opposite way of writing a love song it talks about the deeper meaning of love not the dreamed up one. And “Don’t Wait Til’ Tomorrow” – this is an important song and a message to anyone going through a hard time mentally or just feeling low. It’s a message to say you’re not alone and to reach out and speak to someone. 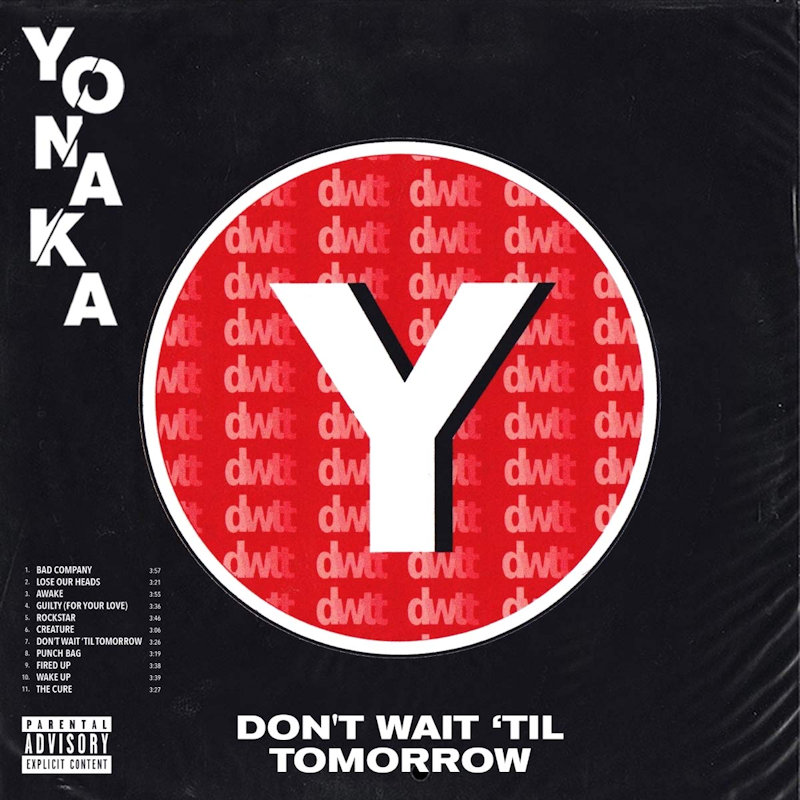 TJ: It differs but usually we will start with a melody and write under that or it can start with a riff and sometimes we even start fresh from the laptop and make a synth line or beat. we try to keep it fresh so we don’t get trapped in one way of writing but usually the melody determines the song.

TJ: The 2 artists that influenced me massively at the start of Yonaka were Amy Winehouse and Jeff Buckley I learned from them that you can be completely honest in your songwriting and being not ok is ok to talk about. Songs from them are “So Real” Jeff Buckley and “Stronger than Me” – Amy Winehouse. Today I listen to all sorts of music from the 1975, Travis Scott, Kanye West, lady gaga, twentyone pilots and loads more.

TJ: I watched the Joann Jett documentary “Bad Reputation” the other day and I think that barrier of women in rock/punk music is still very much there. I don’t think I personally have faced challenges yet.