Thea Gilmore – Sounds Good to Me

Posted in Videos Tagged with: Sounds Good to Me, Thea Gilmore 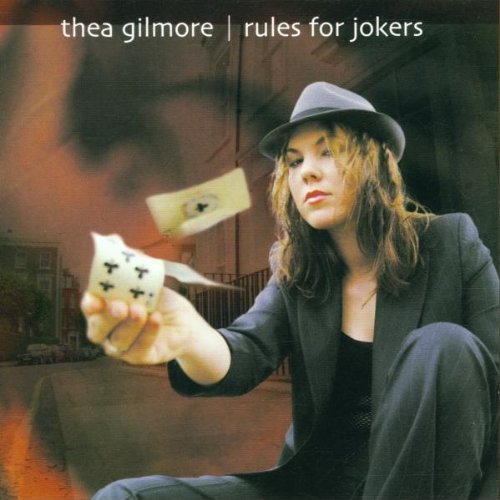 Comparisons to early Bob Dylan are fitting for Thea Gilmore’s work. It’s not that her voice is anything like his raspy bottom-of-the-throat intonations; it’s not. Her voice, while matter-of-fact and persuasive, is tender and compassionate. It’s her densely packed lyrics concerning everything from love to politics to life on the streets that trigger the Dylan comparison. She’s also moving quickly in the British singer-songwriter world. By the rather young age of
21, she managed to release three full-length CDs and one EP. Rules for Jokers, her most recent full-length album, shows off a growing maturity in terms of songwriting skills.

Although her voice may lack a strong range, what she has is compellingly powerful. As an observer of life, she sees and communicates reality. Working with only acoustic guitar on the opening track, “Apparition No. 12,” she’s a folkie who explains how “I’ve seen the cover up of cold hard facts/Burning acid holes in the magazine racks.” She surpasses the run-of-the-mill singer/songwriter drill in that she truly has something to say. Later in “Apparition No. 12” she
admits, “And I held the future up to a looking glass/It bears a striking resemblance/to the embers of the past.” “Holding Your Hand,” the second song, is a haunting trip into the dark side. With acoustic guitar, piano, and cello in the background, she promises, “I’m gonna haunt you/On every knife edge/Every trip/And on every needle tip/I’ll be holding your hand.”

However, Gilmore’s musical accompaniment isn’t just limited to acoustic instruments; she’s willing to experiment to achieve the sound she needs. There’s still a cello on “Benzedrine,” but the steady drumbeat gives it a post-punk rock feel. She’s not afraid to add an accordion to a rock beat, as on “Saviours and All,” while electric guitar leads the way on “This Girl Is Taking Bets.” All three aforementioned compositions have a strong rhythm that could get the twenty-somethings dancing in a rock club. What makes them remarkable, however, is that the lyrics go well
beyond typical rock fare. There’s ready wit in lines such as “you and me and that old glass ceiling” (“Saviours and All”) and “she’s the stains on the pages of a top shelf magazine” (“This Girl is Taking Bets”). On “The Things We Never Said,” Gilmore says the things most people only think during a bad break-up. When she looks at the reality of love and “not-so-happy-endings” on “Movie Kisses,” she proclaims that “all those movie kisses just last too long.”

In a day and age when certain other young twenty-something musical performers seem content to sing meaningless lyrics and dance their way to the top, it’s refreshing to find someone such as Thea Gilmore who is brave enough to say what she means and sing what she says. If she were to be the spokesperson for her generation, they would be a group of people who truly could go places. For more information visit www.theagilmore.com 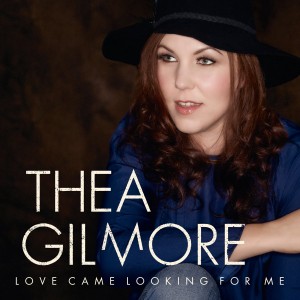