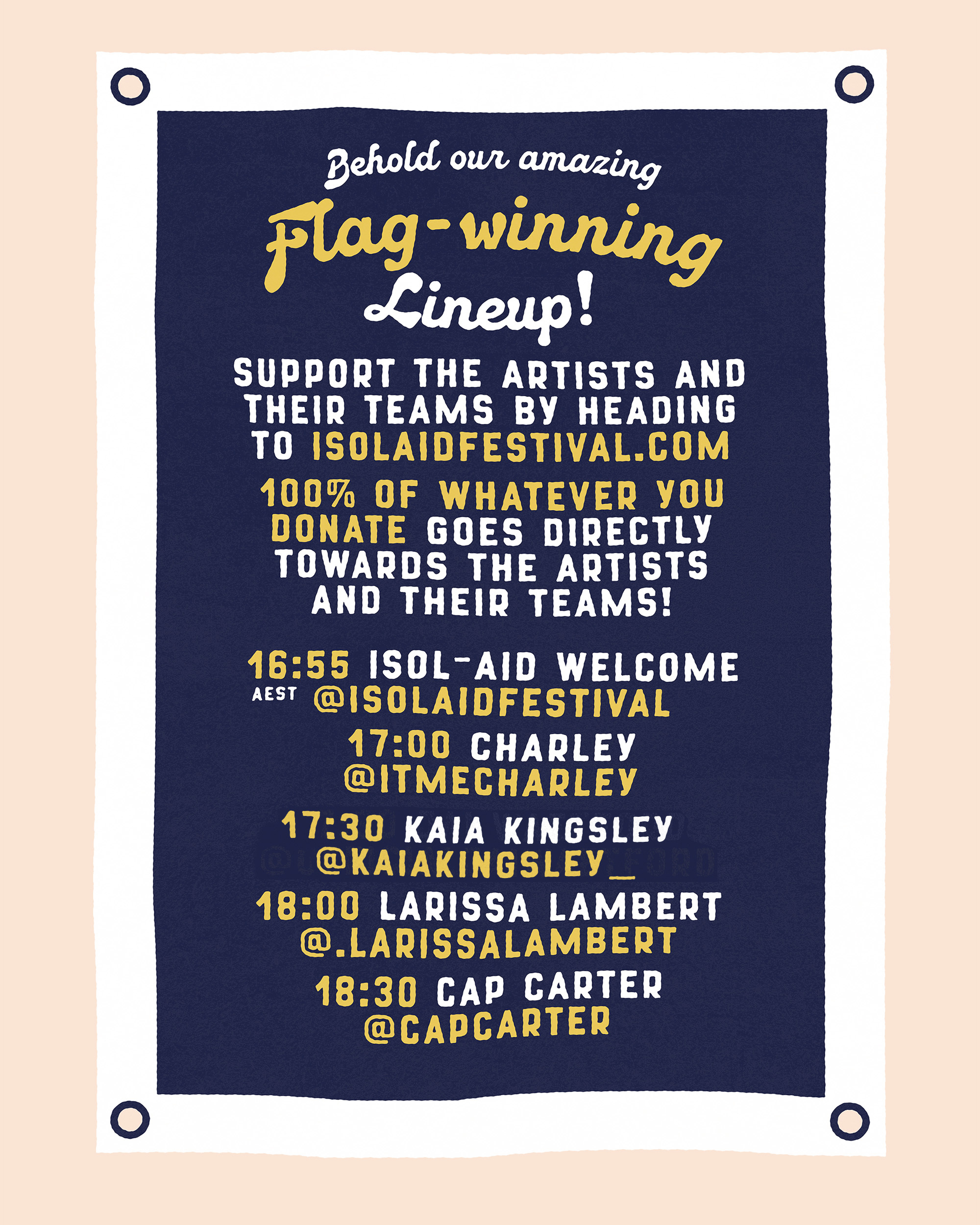 Kicking it off will be CHARLEY – a Perth based soulful powerhouse whose dynamic vocal range and timbre haunt and allure all at the same time. Intensely authentic and powerful, this journey begins through Charley’s eyes for us.

Up next is KAIA KINGSLEY, an indie R&B artist born and raised in Melbourne, Australia who is redefining the world of modern music. Having grown up with music from an early age, her love and inspiration from music stems from genres all over, combining sounds of authentic soul like vibe, with touches of electronic and contemporary music. After recently performing at diverse events such as the NBL/WNBL finals and various festivals, it is clear that she is about to take the music world by storm.

LARISSA LAMBERT started in Ballarat – ironically a town that found gold. Larissa is on a journey of a similar nature – a golden voice that is leading to stardom. American artist Jeremih caught wind of her talent and she joined his tour in 2019 which lead to a growing profile and a cover of Weak by SWV of hers going viral. Stay tuned for this artist to hit the sky.

Last but not least this week is CAP CARTER — Philippines-born, Western Sydney-based musician whose empowering songwriting is bound to blow up 2021. Cap’s style is R&B soul with an edge and grit that is unique and refreshing.

Cat & Calmell say: “dumbshit is about being in your youth and not taking anything seriously; enduring the repercussions of doing dumb shit and just copping it on the chin.”

Cat (20) and Calmell (22) have a rich history of performing together. Cat spent her childhood in China and moved to Sydney as a young teenager. Calmell was born and raised in Western Sydney. Stars aligned when the two met at an after-school program for developing artists. Cat & Calmell’s music reflects their multi-faceted upbringings and their wide-ranging influences and sources of inspiration: Kali Uchis and The 1975 to Rihanna and T.S. Eliot, Powerpuff Girls and Twitter memes.