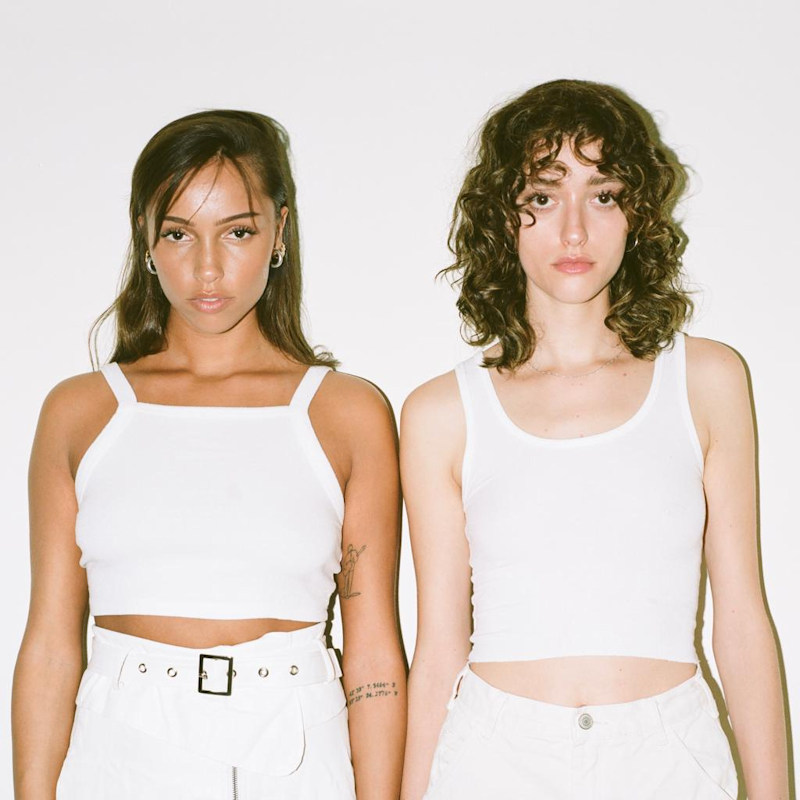 Stereo Jane is Sydney Schmier & Emilia  “Mia” Schmier, two sisters from Michigan. You may have heard their songs at the movies including this year’s film Ready Or Not. They have also been releasing singles this year including “Holy Hell”, and “Real World”

The sisters switch between soul, rock, punk, and blues effortlessly. FEMMUSIC spoke to them about songwriting and placement. For info visit http://stereojanemusic.com/

SJ: We love laying down the track first, melodies second, and lyrics last! That’s how a lot of our songs were created. Sometimes we come into the studio with concepts or just start talking about what’s going on in our lives and write about that!

FEMMUSIC:  You’ve done songs for movies (Ghost Story, Ready or Not). Were these placements after the fact, or were you approached to do the music prior? How do you approach doing music for TV and film?

SJ: We were approached by a producer of ours for the song that was placed in Ghost Story. It was already written with Kesha and they wanted us take a stab at re-writing it as if it was one of our own! We ended up completely changing it and it ended up getting placed. For Ready or Not, a producing team (The Gifted) we’ve worked with quite a bit was working on the soundtrack and asked if we could do a version of “Love Me Tender” by Elvis, but in a punk rock kind of way. Syd sang on the track as a demo and the directors of the movie loved it! We always write songs then pitch them after.

FEMMUSIC: You’ve done songwriting with producers. Who have been your favorite? What have you learned from working with them?

FEMMUSIC:  Tell me about Atlantic Records. What made you sign with them? How have they been to work with?

SJ: We signed when we were sixteen. We were so young and excited. We were still living in Michigan and to be signed to such a big label out in LA was so crazy to us. We won’t lie. We thought we were going to be famous overnight. CLEARY we didn’t realize what actually goes into developing an artist at such a young age. They gave us the tools to grow and learn. Now we look back and like to call it the “University of Atlantic Records” because we didn’t go to college. We studied 4 years at a big label.

FEMMUSIC: Tell me about “Holy Hell.” How did the song develop?

SJ: The song was written at APG during a night session. Cliff played us a few tracks he had on hand and we immediately gravitated towards the one that would become “Holy Hell”. We laid down some melodies with Lee Anna James and wrote the lyrics! It was a fun night. We were definitely a little slap happy since we were there until 3am and Mia’s bedtime is more like 9pm.

For me (Syd), “I Never Loved a Man the Way I Love You” was one of the first songs I remember  really resonating with. Aretha Franklin was one of the biggest inspirations of my childhood and I always felt something special when I listened to her.
And as for me (Mia) I have to say “Landslide” by Fleetwood Mac. It was the first song I’d ever heard of them and it got me hooked.

SJ: It’s hard being a woman in music. Our whole lives we’ve felt like everyone has this low expectation of us. We’re two females trying to make it in an industry predominately ruled by men. Since we were kids we’ve always been underestimated. But while sometimes that feels like a challenge, it’s actually an asset. No one sees it coming. We speak up for what we want and we don’t settle for anything less.

SJ: Ah, too many people we could think of. Obviously we’d love to tour with Imagine Dragons or Twenty One Pilots. And as for collaborations, we’ve always been obsessed with the idea of mixing rap and rock. Post Malone would be an amazing collaboration for us.

SJ: We want songwriters to start making more for their art. We work with so many writers who don’t earn enough doing what they do. It’s hard enough being in such a cut throat industry. The only way songwriters make money is by writing a radio hit.