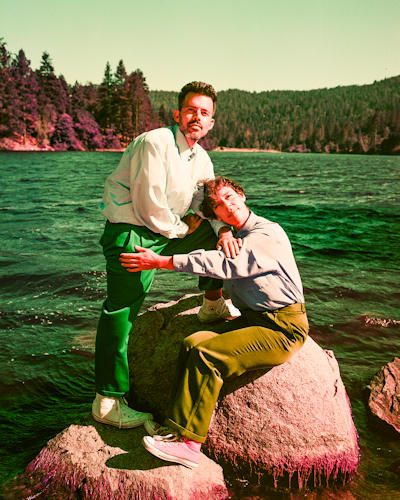 It’s now been over a decade since Merrill Garbus & Nate Brenner released BiRd BrAiNs. This artistic duo released their 5th album sketchy this year. It includes the single “Hold Youself.”

FEMMUSIC was honored to have an e-mail interview with the band. https://tune-yards.com/

FEMMUSIC:  What was the biggest challenge making the sketchy album?

TY: The biggest challenge for me with any album is just showing up for the work.  In the end, it takes hours and hours of being present, in the studio, away from my phone, away from the internet, focusing and producing something.  There’s a lot of magic in making music but there’s also just putting in the hours so that you can be there for the magic when it happens. 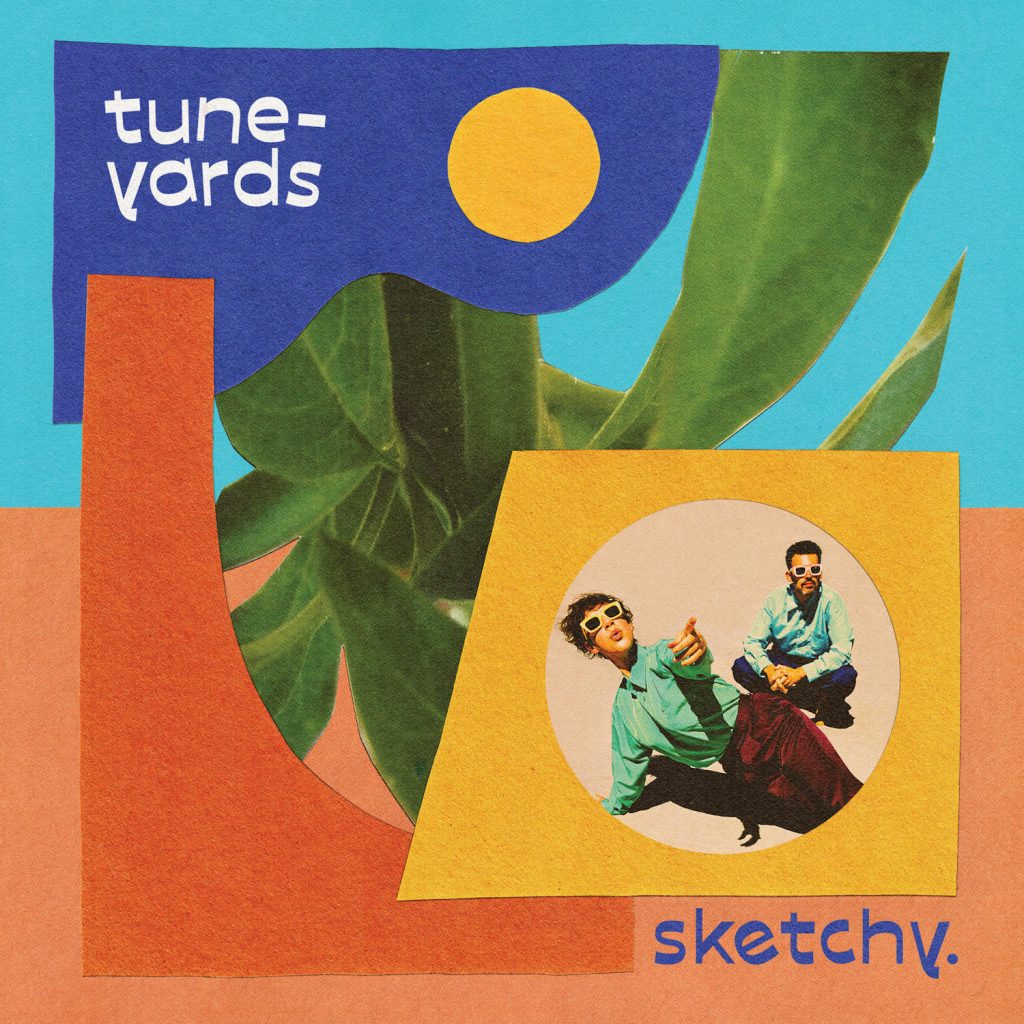 TY: We wanted to make music that we really liked.  And we did that!  It’s nice to have the feeling that we’ve gotten better over the last decade, at songwriting, engineering, producing, singing, and not eating too many chips.  This was also the first album that we engineered on our own, which felt like a major achievement.  All those hours making mistakes really paid off.

FEMMUSIC: Tell me about Sketchy TV? How did the idea come about? How would you like it to evolve?

TY: A very long time ago, the idea came out of wanting to give fans, particularly white fans, resources for exploring the themes of our last album, I Can Feel You Creep Into My Private Life. At some point, I realized that people were not going to want to engage with an album as an online course, that we needed to meet people where they want to meet us, which is in joy, in music, in not-so-cerebral experiences.

I’d love to make more episodes and get deeper into both the comedy and also into the influences behind the songs.  I think the funnier and more joyful something is, the more capacity we have to feel deeply uncomfortable things, too.  And we’ve got to FEEL if we’re going to HEAL, right? (I’m a songwriter, so I rhyme)

FEMMUSIC:  Now that you’re getting ready to tour. What do you miss most about touring? What annoyed you about it?

TY: So many things annoyed me that I refuse to be annoyed by anymore.  Seedy gas station toilet?  I missed you!  Having to wait for bathroom stops on long drives?  I love the challenge!  But really, I missed this so much.  I feel most alive, most free, most myself when I’m onstage, so there aren’t words for how grateful I am to have the opportunity to perform again.

FEMMUSIC:  Sketchy is the 5th album you’ve released with 4AD. What do they bring to a project that makes you stay with them?

TY: Freedom, respect for our artistic choices, support from many angles.  They’re an incredibly creative, talented, and experienced group of people, constantly innovating, and adapting quickly to an ever-changing industry.  And we see them releasing other music with great artistic merit as they navigate having to stay in business.  I feel really lucky that we’ve been able to stay working with some of the same people for over a decade now.

TY: “Technique” is probably a strong word!  I start with…something.  Anything. Hopefully a tidbit, a vocal loop, a drum beat, that taps into something that brings me joy.  Nate and I start layering stuff on top of that, and eventually words start emerging from sounds, and melodies carve themselves out, and then finally we erase 70% of what we’ve recorded, to subtract whatever isn’t essential.

TY: Oh gosh.  An impossible question.  I’m going to name the song “I Know What I Know” off of Graceland because it both blew my mind sonically when I was an 8-year-old, but also because it’s been instructive in how I might do things differently as a white musician with advantage, power, access, resources.  Paul Simon taught me a lot about using disjointed, evocative imagery in lyrics, and so much about melody.  But in this case the sound I found myself thrilled by as a kid was actually the band General M.D. Shirinda and the Gaza Sisters.  It was essentially their song, which Simon wrote lyrics and melody on top of.

TY: Hmm.  Well systemic racism, misogyny, transphobia, white supremacy, etc, all exist in the music industry as they do everywhere else.  Capitalism holds them all securely in place.  What does an anti-capitalist music ecosystem look like?!

Posted in Videos Tagged with: hold yourself, sketchy, Tune Yards