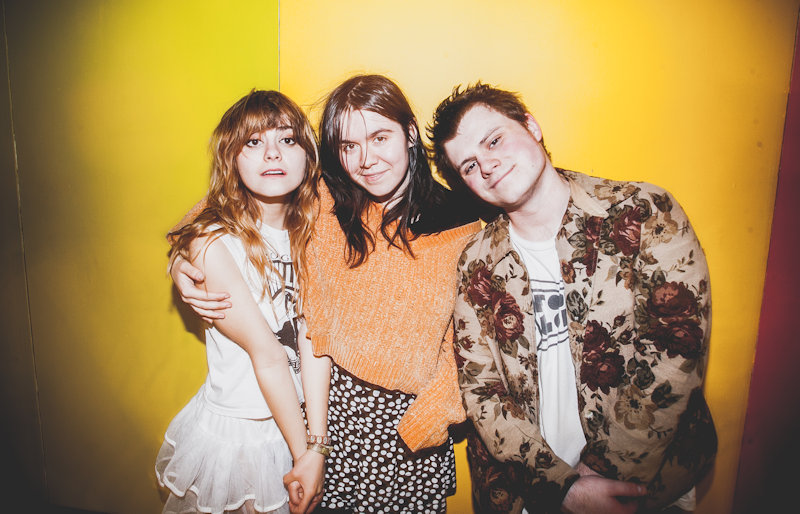 Skating Polly has worked with some of the biggest names in punk and alternative including Nina Gordon and Louise Post of Veruca Salt, and Exene Cervenka. Now these release their 5th studio album The Make It All Show produced by Brad Wood. This Oklahoma 3 piece is known for aggressive, imaginative live sets which include switching of instruments. They recently released their newest single “Play House”

The band is on a headlining tour now. This e-mail interview did not specify whether we were speaking to Kelli or Peyton, so all answers are for Skating Polly. For info visit https://www.skatingpolly.com/

FEMMUSIC:  What was the biggest challenge making The Make It All Show?

SP: Teaching ourselves how to write more vulnerably. Sometimes hiding behind cryptic lyrics can be tempting. It’s easier to say something vague, but it feels better to say what you mean.

FEMMUSIC: You returned to having Brad Wood produce on The Make It All Show. What makes him good to work with? Did you consider other producers?

SP: We didn’t even think about going with another producer! After working with Brad on New Trick we knew we wanted to go back in with him for The Make It All Show. Brad is wonderful to work with. He knows our sound, which is always helpful when recording. He knows his shit, also helpful when recording! And he knows the perfect balance between work and fun. We can hammer out an entire album and still have time to listen to all of his cool stories. It’s almost an entirely stress free environment when we work with him. He is the best!

FEMMUSIC: Tell me about El Camino Records. What made you sign with them? How are they to work with?

SP: We met Matt at El Camino when we worked with Nina and Louise on New Trick. He put it out and it felt super natural to move forward with him when we started working on ‘The Make It All Show’. He’s very pro-artist and all about the music. It’s such a supportive label to be on 😀

FEMMUSIC: The Make It All Show is your 5th studio album. What lessons have you learned in making albums? How has your own approach changed in going to the studio?

SP: I’ve learned that it takes time to make a record. I used to think I was doing something wrong if I couldn’t get everything down in one take. But the more we write and record the more I realize how long it can take sometimes and not everything comes easily. 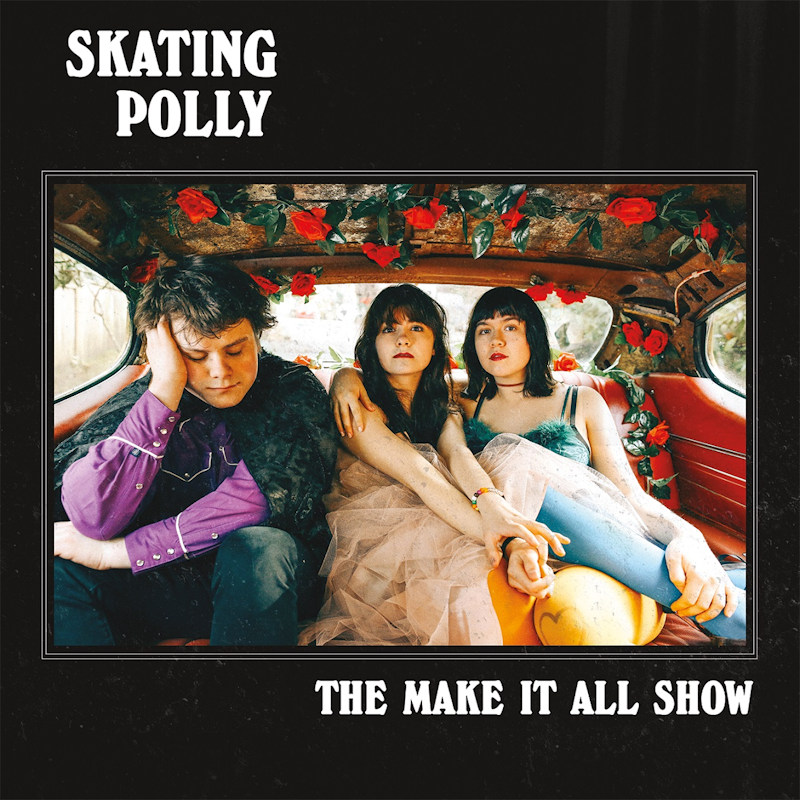 SP: It really just depends on the song! The most basic breakdown though, someone writes a piece of a song or sometimes even the entire structure, then we all get to work on it together.

SP: If I had to pin it down to one song I might say “Oh Bondage Up Yours” by X-Ray Spex. It’s the first song that I heard that made it click in my brain that I could start a band and write my own songs.

SP: We’ve been lucky for the most part. The people we like to work with are all beyond supportive of us as women and musicians. It can get a little trickier on a smaller scale though. I think most of the time when men treat us poorly at a venue it’s because they are intimidated by young women doing something that they usually see other men doing. I used to think the best way to deal with it was just ignoring people when it happened. I’ve decided recently though that the appropriate response is to stick up for myself and I’ve felt a lot better since I have.

SP: We played a show with Culture Abuse a couple weeks ago and fell in love with them! We’d love to do a tour with them sometime!!

SP: I’d like to see a shift toward a less image, more music focused industry. If artists are in control of their image, and doing fun creative things with it, that’s always cool. But artists being forced to brand themselves as one thing is always limiting.