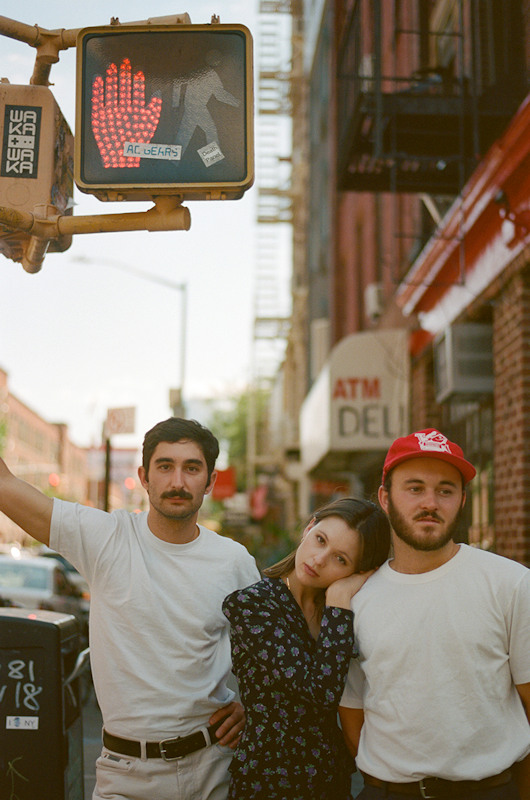 San Cisco is an indie band of Jordi Davieson, Joshua Biondillo, and Scarlett Stevens. This 3 piece has a vibrant electric personality to their music. In 2017 they released their first album Water. They recently released Flaws which is an EP leading up to a full album with Nettwerk. The album is called Between You and Me and will be released on September 4, 2020. Their most recent singles came out after the EP was released and include “On the Line” and “Messages”

FEMMUSIC was excited to talk to Scarlett Stevens. For info visit https://www.sancisco.com/

FEMMUSIC: What was the biggest challenge making the Flaws EP?

SS: The biggest challenge (and advantage) was living in the studio together where we were making the EP. We were in the middle of nowhere in beautiful Mullumbimby in a big blue barn trying not to go mad!

FEMMUSIC: Flaws is the prelude to your first full album with Nettwerk. What made you decide to sign with them? How has the process been?

SS: Nettwerk showed interest very early on in the picture and have just been super lovely and supportive through the process of releasing these songs and album.

FEMMUSIC: Can you tell me how a song develops within the band? I understand Josh & Jordi do a lot of the songwriting. What happens when they bring it to you? How do your vocal parts develop?

SS: I’d say it’s become a much more collaborative process over the years. Sometimes jordi will write a song on acoustic guitar and Josh and I will work on the production or it will stay mostly acoustic (like Flaws). Sometimes josh will have a riff and we build from there and write lyrics together. Jordi and I do most of lyrics and help each other to record our vocals/give our best performance. Sometimes I’ll write my verse or if Jordi’s written something for me to sing I always adapt the lyrics to better tell my narrative.

FEMMUSIC: Tell me about working with James Ireland & Steven Schram. What do they bring to the project?

SS: Steven has always produced/mixed our work so we are very familiar with his style and process. On previous albums he did a lot of writing as well. This album we decided to mix it up. we really like James’ work with Pond and his style of production so we got him to help us finish a few tracks that we felt weren’t quite sitting right. He helped us a lot with ‘On The Line’, with the song structure, chords and sounds.

FEMMUSIC: Flaws is the leadup to a new album. How are you approaching this new album differently from your 3 previous? What is your vision for it?

SS: We wanted to make something next level! We weren’t as caught up in making ‘perfect’ pop songs but rather songs that felt timeless, nostalgic, meaningful. And we took our time writing these songs, from working in josh and Jordi’s home studio to working over east. I’d say we had more time to get it right.

FEMMUSIC: “On the Line” the video took place during a brief respite in lockdown laws. How has COVID-19 changed how you do things? Are you learning or trying anything new?

SS: We are very lucky to be in WA where there haven’t been many cases and lockdown laws and restrictions were eased very early on. That said we haven’t been able to play a proper gig with an audience yet. We are just trying to adapt as best we can to the new normal. It has actually given us lots of time to be super creative and productive.

SS: Not a song but an album.. I think PJ Harvey’s album ‘Stories form the City, Stories from the Sea’ because it was very influential on me as a young woman getting into music. These were some of the first songs I learnt on drums.

SS: I think in the early days of touring/recording, the issues of sexism and misogyny in the music industry were not being discussed (As openly as they are now) despite how very real and prevalent they were. At times it was very lonely and alienating, coming into these male-dominated spaces and not being listened to or being patronised because of my gender. I think talking to other women in music helped me through all that. Making our tours inclusive and having female representation on lineups also fostered more positive experiences of touring.

SS: Maybe Pharrell or Haim. I’ve watched lots of videos of Pharrell in the studio and I think he would be amazing to write with. And I’ve always loved Haim, I think they would be a fun band to tour with.

SS: I’d love to see more women in typically male dominated roles.. more female sound engineers, promoters etc. I think that the industry has come a long way in such a short space of time but there is always more to be done. 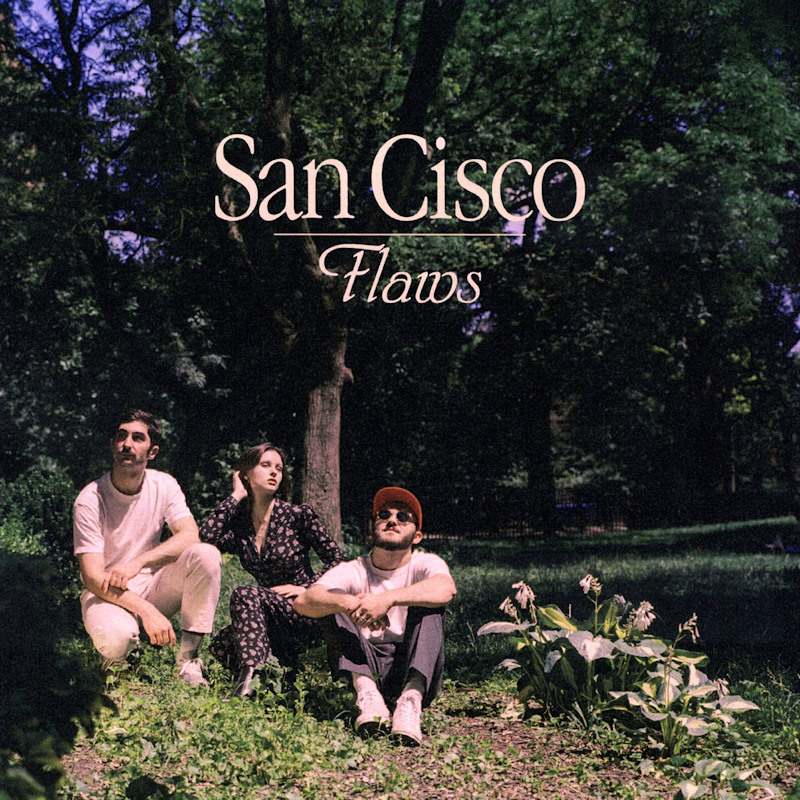 San Cisco – On the Line

San Cisco’s new song is wrapped in lyrics about a waning relationship. The band explains, “Where do you draw the line? When do you pull the plug? How do you know if the juice is worth the squeeze? The game of love is never an easy one to play. Do you pick up the pieces and move onto something new? Or stick it out for another round of romance?”

The video is a joyously alive take on that moment when we all get released from stay at home. San Cisco is an Australian indie band with Jordi Davieson, Joshua Biondillo, and Scarlett Stevens. “On The Line” is part of the Flaws EP which is a preview to a forthcoming album. For info visit https://www.sancisco.com/

Posted in Special Features, Videos Tagged with: On the Line, San Cisco