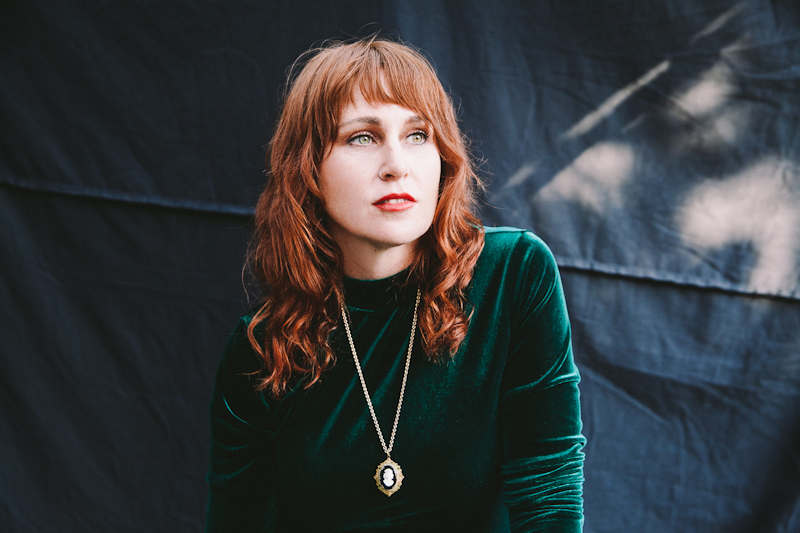 When Ruby Boots sings “I Am A Woman” on her release Don’t Talk About It it evokes a spiritual bond with the listener. The song is more gospel than country and is appropriate in our times. Ruby Boots is Bex Chilcott, an Australian artist who has wondered the world and ended up in Nashville. Her new album Don’t Talk About It comes out on February 9 on Bloodshot Records and is filled with a mix traditional country themes of relationships gone bad mixed with outlaw country rebel songs. Chilcott worked with producer Beau Bedford to make the album. Chilcott has released other albums including her 2016 release Solitude. Her Bloodshot Records’ debut stands out and will be a new chapter in country music. For more information visit  http://www.rubybootsmusic.com/
FEMMUSIC:  What was the biggest challenge making Don’t Talk About It?
BC: The songwriting process was the most challenging part, I had to place so much more weight around the songwriting this time around, and that didn’t exist on the last one, consciously thinking “this has to be so much better than the last thing I did” about everything I do can be my best friend and my worst enemy simultaneously, but as a result I am so much prouder of this record than anything I’ve done before, because I worked so much harder at it. After the songs were chosen and I was in the studio it was just like I was in a dream!
FEMMUSIC: Tell me about working with Beau Bedford. How did you meet? What did he bring to the project? How was he to work with?
BC: Beau and I met at The American Legion in East Nashville when he and the gents were on their way to Newport Folk Festival to back Kris Kristofferson up as his backing band, they were doing a warm up show at The Legion on the way up there and I was one of the guest singers, we sparked up the conversation about what I was doing out here and it led to many more conversations and eventually to us both working together on the album, an element of synchronicity in this album journey that I am very grateful for.
Beau throws 110% at everything he does and that to me speaks volumes about someone especially when they are in the role of a producer, the energy he brings to the studio and to the project is full pelt from start to finish, he throws his heart into it in a way that is almost unparalleled with how much you are putting into it yourself and that can really do something for the healthy dose of self doubt that is ever present when making a record. He and the band cradled my vision for the songs and always had ideas to bounce off anything I threw out there that were always on point and easy to run with. I just felt like everything I had wanted out of working with someone on something that means so much to me was there this time.
FEMMUSIC: How did your approach to Don’t Talk About It differ from Solitude? What lessons did you learn and what did you do differently?
BC: The main point of difference between this album and the last was that I tracked Solitude across 9 months with four different producers and several different bands, where as this one we had it tracked and mixed in under three weeks. I learnt a lot about working with producers the previous album process because there were so many of them, almost like I had the experience of four albums in one so I was really able to rely on my instincts and be super clear about what I wanted out of a producer. The other point of different was after releasing my last album it helped me hone in on what I was missing from my sound, knowing that I had to take the songs out on the road for the next 18 months or more I tapped into that feeling and incorporated more of what I wanted from my live show into the album sonically. 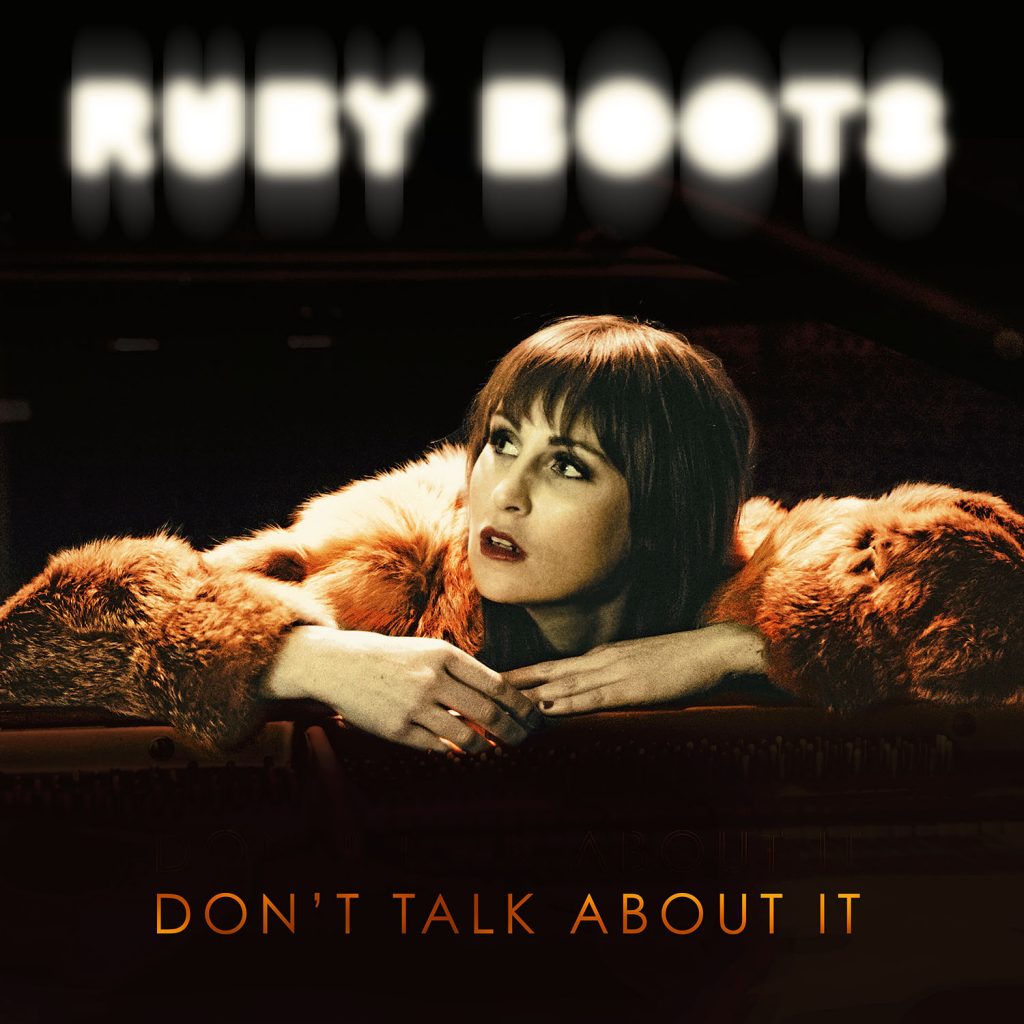 FEMMUSIC: You’ve signed to Bloodshot Records. How did the signing come about? What benefits do you see signing to a label?
BC: For me it’s really important to have a team of people that are passionate about what you do and about the art you create and to know that that love and passion for the music has to be ever present for Bloodshot to work with an album or an artist … and let’s face it, we are all just making music so we can be loved right?
FEMMUSIC: Can you describe your songwriting technique?
BC: Not really, its varies, there is no hard and fast rule to writing a song to me but there are things that I need to be doing in my daily life to ensure I keep writing like reading, taking myself outside of my comfort zone or feeling discomfort and not being comfortably numb, collaborating, staying very present in conversations with people, that kind of thing.
FEMMUSIC: What song (not your own) has had the biggest impact on you and why?
BC: I mean, asking a Libra to choose one of anything without deliberating for weeks on end is a bold move 🙂 but one song .. it’s almost impossible to answer, in fact I think it is impossible. One of the many songs that have had a huge impact on my world of music would be Lucinda Williams “Fruits Of My Labor”, this has to be one of the greatest songs so full of heartache and attempted defiance to fight the pain that I have ever heard. The poetry in this song is unrivaled and Lucinda’s delivery, well can only be delivered like that by Lucinda.
FEMMUSIC: As a woman in the music industry have you been discriminated against?
Not directly to me in the industry no, but I’ve always had a “take no bullshit from anyone” attitude. I was kicked out of home at a very early age and worked in a male dominant industry when I was working out at sea on Pearl Farms in Australia, so I have developed a thick skin and have some pretty serious middle fingers up in the air if someone even looks like they are about to stop me from doing something because of my genitalia, and because I treat people the way I want to be treated and won’t consciously take any less. HOWEVER! when I read festival line ups with close to a hundred acts on the bill and the percentage of female acts is so small you need a magnifying glass to see them, that’s where the discrimination is felt, or when the fucking president of the Grammys says “Women need to step up” to be more than welcomed (and don’t give me the taken out of context bullshit!) I totally understand and feel that there is a clear disparity or imbalance in the industry, and it’s not just in the music industry but across the board and I am a fighter for equality in all areas in life!
FEMMUSIC: Whom would you most like to tour with, or collaborate with? Why?
BC: My two dreams tours have always been Tom Petty and Lucinda Williams, you know, the kind of dream where you lay in bed at night and thing, wouldn’t it just be the fucking best thing to happen if you could open a show and tour with … why? Because they are my all time, favorite songwriters! Sadly that has been whittled down to one artist after the passing of Tom Petty, there is still room to dream though right?
FEMMUSIC: What one thing would you change about the music industry?
BC: Can I choose two? Because the choosing one thing is really starting to mess with my head!
1. To see the work and the conversations and the statements that are being made around discrimination in the industry take a serious shift, because this all can’t be for nothing, right? and
2. The expectation that artists have to be have this presence on social media to have some kind of worth in the industry, I know things will never be the same again, but it drives me bonkers having to constantly have this ‘presence” online, I really don’t feel its all that healthy for the human race.