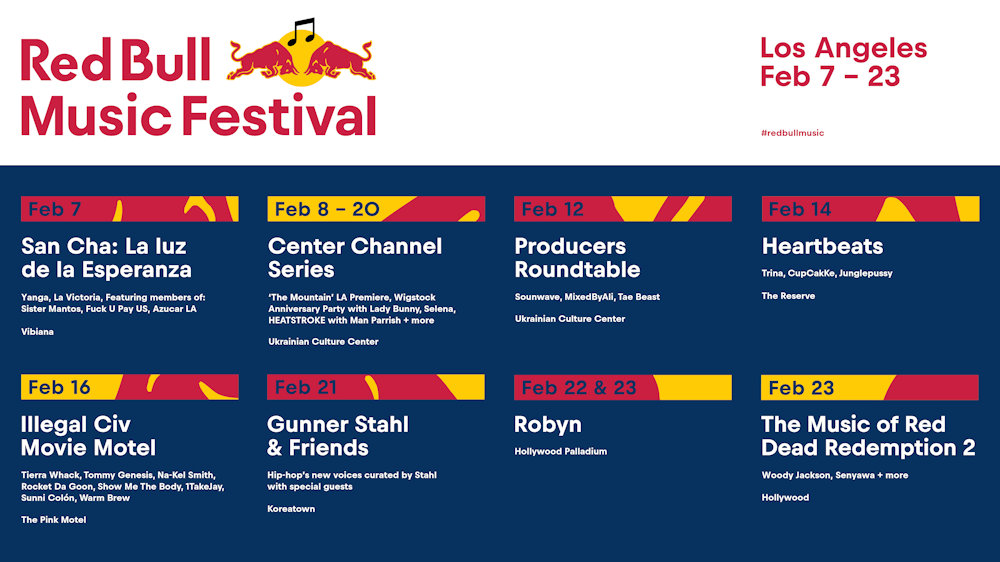 Red Bull Music takes over Los Angeles again with a series of events that celebrate everything from LA’s Punk History to Mexican Music and Robyn. Highlights include:

February 15 – Her Smell screening – Elisabeth Moss is Becky Something in Alex Ross Perry’s new film. Perry is one of many guests due to attend

February 22 & 23 – Robyn – Swedish pop artist Robyn will be playing for 2 nights including music from her album Honey http://robyn.com/