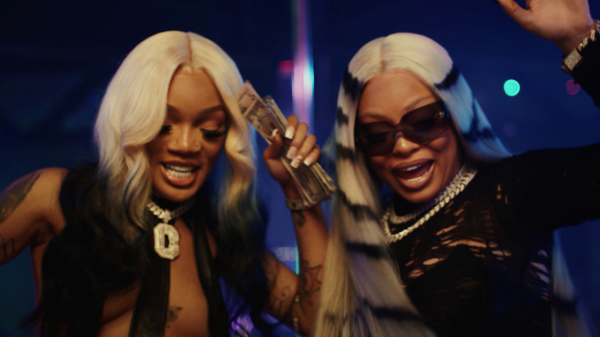 Directed by maliaSHUTup, the accompanying visual shows Latto and Glo showing out and going up in the club.

Genre-defying singer, songwriter, multi-instrumentalist and producer Fousheé is thrilled to unveil the music video for the Lil Uzi Vert supported track “spend the money” from her highly anticipated debut album, softCORE, out now via RCA Records.

The “spend the money” music video chronicles Fousheé throughout an evening of darkness and indulgence. The shadowy aesthetic accentuates the sultriness of the song, giving viewers a hint of mystery as to what the night has in store for her.

Amy Shark – Only Want to Be With You

Already well-established as one of Australia’s premier pop successes, Amy Shark enters a new era of artistry with the release of brand-new single “Only Wanna Be With You,” out now via Wonderlick/RCA Records.

“Only Wanna Be With You” was recorded & produced by Joe London (Lizzo), Konstantin Kersting (Tones & I, Mallrat, Spacey Jane) and Holy Holy’s Oscar Dawson – a notable sonic shift, dictated by fresh and powerful turbo-pop. “Only Wanna Be With You” is crafted around guitar and progressions that tie back to artists like The Cure or Psychedelic Furs, without losing that quintessential Amy Shark stamp: strong pop swells and lyricism that is insatiable to the ear. It’s a track that signals a recent change in approach for Amy Shark, who has experienced a new wave of personal growth through this period of songwriting.

The release is accompanied by an official music video which was shot in Melbourne and showcases Amy as we’ve never seen her before; a nod to the creative vision of acclaimed director Grey Ghost (Ruel).

Speaking on the single, Amy shares: “The second this song was birthed I was like, “I’m sorry, that’s an undeniable chorus”. It’s got so many pop, Amy Shark elements to it, but there’s this gritty, fuzzy punk guitar that comes in…I used to be really scared of guitars and maybe just recently, with what I’ve been listening to, it’s brought it to life. I’ve gone with my gut a lot more on this song and the whole new era. I just wanna make cool songs and cool art. Nothing scares me anymore, I’m making music because I love making music again and not for any other reason. I’m taking a lot more risks without fear.” 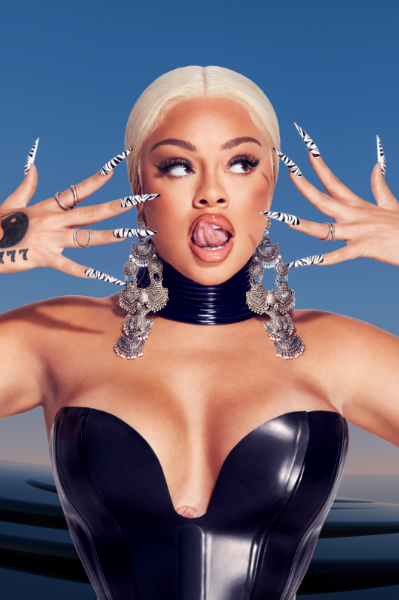 Alabama’s very own princess of rap Flo Milli returns with her latest track and video for “Conceited.”

To coincide with the track and video release, she announces her upcoming debut album You Still Here, Ho ? is coming soon via RCA Records.

Produced by Fyre, Trinidad James, and Kosine, “Conceited” sees Flo Milli where she shines: playfully and fearlessly exuding undoubted confidence over a hard-hitting beat. The track is accompanied by a high-energy music video, where Flo displays main character energy, looking fabulous and flexing on her haters, directed by NAYIP. Celebrated L.A. quartet Warpaint shares the video for their latest single, “Champion: which is taken from Radiate Like This, their first full length in six years, out May 6.

“Being apart it was a little tricky to make a video,” Jenny Lee Lindberg says. “Tt came up w some key points with camera and angles, so we had some cohesion. The motivation was to feel like a champ and deliver the goods and let your honey flag shine.”

In the six years since 2016’s much-lauded Heads Up, Warpaints four members—Emily Kokal, Jenny Lee Lindberg, Stella Mozgawa and Theresa Wayman—have been busy living. Babies, jobs, tours, solo albums, intercontinental and cross country moves all became priorities, presenting mounting logistical challenges to getting the band back together, as they say, and allowing a little space to think “what if we didn’t?”

Eventually, though, each of the women found themselves drawn inexorably back together. Warpaint is as much a home for them as a band, having been together for nearly 20 years. They had just completed the foundational tracking sessions with co-producer Sam Petts-Davies (Thom Yorke, Frank Ocean, Skullcrusher) when the pandemic hit and they were forced to retreat to respective safety.

What followed was the making of a wholly different Warpaint album. Physically separated by the pandemic, each musician recorded her parts separately—often in makeshift home studios—before sending on to the next, creating songs layer by layer. Deciding to delay the release until they could tour allowed them to further hone each track, spending more time building and rebuilding than they had in the past. The result is a body of work that is sharper and more focused than any of their previous, each song as tight, beguiling and proud as a diamond.

“I was saying the other day that we should’ve called this album “Exquisite Corpse”, but it was already taken,” jokes Kokal, referring to the title of the band’s debut EP. Radiate Like This captures what’s always been the magic of Warpaint—the delicate interplay of four separate parts coalescing in motion—while somehow allowing each individual to shine a little brighter.

The track is accompanied by a KC Locke-directed video that swaps the island setting of her previous video for “West Indies” (filmed on the cliffs of West End, Negril) for the less tropical location of a shipping yard in Manchester, UK – nonetheless, Koffee exudes joy as she speeds through the urban landscape, exclaiming what her audiences have known for a long time “I don’t play, you will never ever find another like me.”

2022 will see Koffee taking her electrifying live show to stages across the globe including the recently announced US dates on her “Gifted Tour” as well her debut appearance at Coachella. 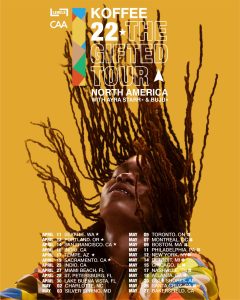 Today she releases the video for “Classic.” She has already released “Redwood Tree”, “Till There’s Nothing Left”, and “Diane”, all singles off The Otherside. https://www.camcountry.com/