Public Practice drops their debut album Gentle Grip on May 15. The NYC band is Sam York, Vince McClelland, Drew Citron, and Scott Rosenthal. The group has members from former bands Wall and Beverly.

In 2018 Public Practice released their EP Distance Is A Mirror. The EP introduced a sound that revives the late 70’s, early 80’s pop-funk style. The album features singles “Compromised”, “Disposable” and “My Head”

The album was recorded in a home studio adding unique elements in sound. Public Practice is a reason to look fondly on the past while embracing the future. For info visit https://www.facebook.com/PublicPractice/

SY: It varies from song to song, sometimes they materialize in mere moments when we are all in the room together, but often it starts with a simple demo from Vince and then we add more parts and I write lyrics.

FEMMUSIC: What was the biggest challenge making Gentle Grip?

SY: As with any big creative project, getting an idea out of your mind and all the way across the finish line is no small feat. Honestly one of our biggest challenges for this one was schedule since we are all employed outside of this project.

SY: Making the EP was a little more about finding the voice for the group. Stylistically trying on different things and seeing what sounds nice. Gentle Grip was informed a little from that experience. From Distance is a Mirror, I think we learned we could operate in the rehearsal space to record at a capacity that suits us for a full length. There are certain things we didn’t want to attempt in our rehearsal space due to the feeling. Recording vocals is extremely personal and our rehearsal space doesn’t quite have a comfortable feel to it. So we worked at Johnny Schenke’s studio Windows for some of those sessions and Studio G with Jeffrey Berner for others. 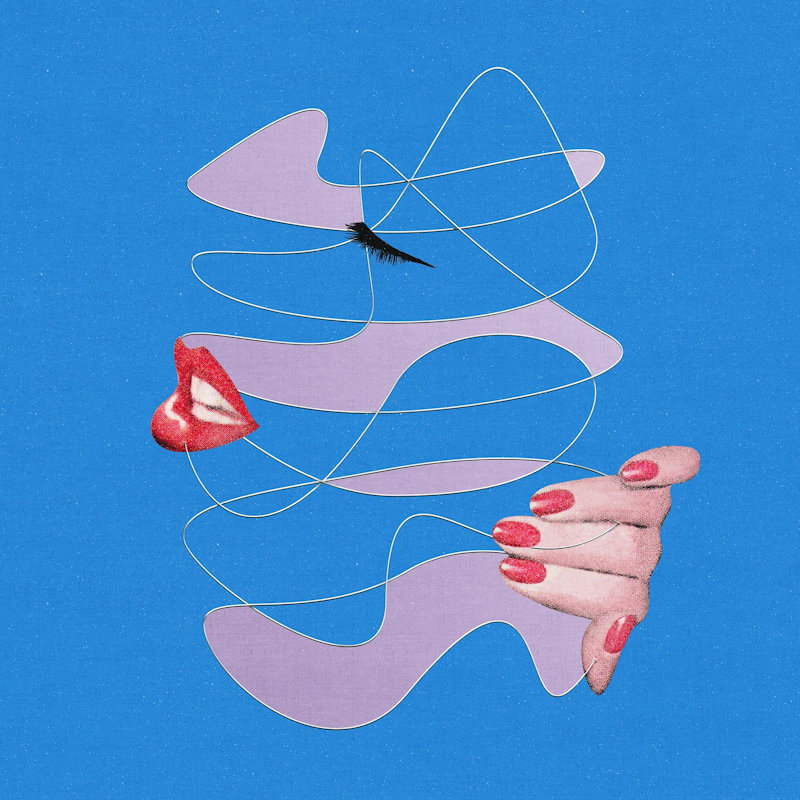 FEMMUSIC: You’re signed to Wharf Cat Records. What made you sign with them? What were you looking for in a label?

SY: Wharf Cat believes in music and the artists that make it in a way I’ve rarely experienced in the industry, they truly believe. The support and encouragement they give to us to create whatever feels like a Public Practice record is incredible. We are lucky to have such a good relationship with our record label!

SY: “My Head” was the song where everything came together in a way that felt complete. The arrangement and vocals feel like the thing we set out to do on the record in its most realized state. Although we all have our own favorite songs for different reasons, Vince really likes Understanding, Drew loves “Compromised”, Scott loves “Each Other”. Each song has a personality of its own, so there are reasons to love each of them.

FEMMUSIC: Tell me about the home studio and what unique things it allowed you to do with this album?

SY: Having a home studio gives us a little more ownership on how the source sounds arrive. We were fortunate to work with Johnny Schenke and Jeffrey Berner in some capacity, but we wanted a unique identity to the source sounds and a lot of that is derived from the space that you record in and the equipment used. We don’t have an acoustically perfect room, but that’s ok. There is a lot of character in what some may consider flaws or imperfect conditions in our opinion.

SY: “O Superman” by Laurie Anderson. My first time hearing that song/album was as a child, my mother was playing it, and it was an awakening for me as an artist. I have always looked up to Laurie Anderson as an artist/musician, she was the first experimental artist I was exposed to and even as a child I the feeling of ‘I want to do that.’

SY: For the most part I feel respected as a woman in music, though perhaps it’s helpful that there are so many women in our music community here in NYC. There have been times in the past where I feel I haven’t been taken seriously on account of being a ‘pretty girl’ but I do my best to let moments like that roll off my back and keep moving forward– it’s their loss to doubt a fellow musician!

SY: At this moment, Arthur Russell. I’ve been revisiting and spending a lot of time with his records these past couple of quiet weeks at home and his ability to create music spanning so many genres is impressive. I do not subscribe to the idea that bands/artists have to do exclusively what they are known for sonically. Let’s push some boundaries people!

SY: The pay structures. I don’t have the solution but there is so-little-money in music and it’s such a vital part of culture at large. I wish there was a way to make being a musician more viable financially.

Posted in Download of the Month Tagged with: Fate/Glory, Public Practice