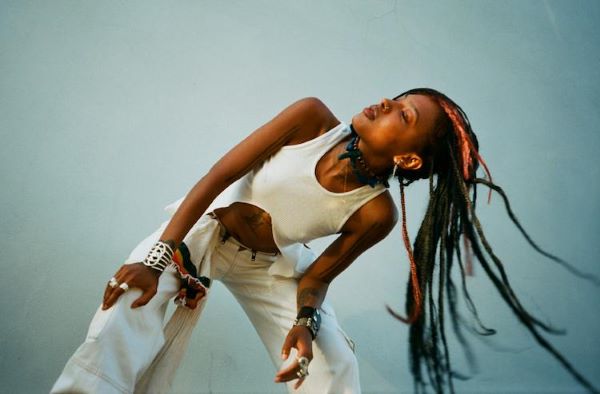 After releasing her highly praised bold debut EP, Panther in Mode, Alewya returns with the latest dazzling weapon in her arsenal: the new single and video for “Let Go.”

Brimming with ancestral drums and raspy melodies, “Let Go” marks a new phase for her, one that through a time of mental agony and confusion revealed a newfound personal freedom and confidence.

“I’m freeing myself up, getting more confident in how lost I feel,” notes Alewya. “With Panther In Mode, I was coming from a more poised space. The next phase is more wild. I won’t hold back anymore.”

Alewya has also announced Panther In Mode, her debut EP due for release on November 18 via Because London Records. The critically-praised London-based artist, illustrator and sculptor has also released her new single “Play,” along with a new video co-directed by Alewya & Jack Bowden.

“Play” was produced by Busy Twist — who was behind the boards for Alewya’s breakout track “Sweating” — and is a kinetic celebration of freedom. “’Play’ is a song about my love and gratitude for pleasure and play and how it has and can unlock deeper feelings of connections,” notes Alewya. “It’s overtly feminine and innately primal and most of all light and fun!” @alewya11