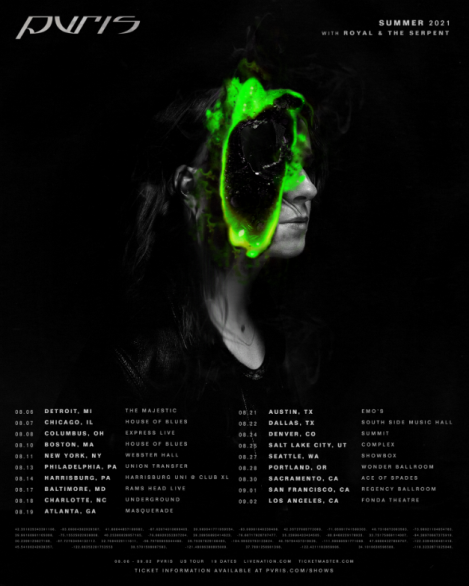 “When I wrote ‘Overwhelmed’ I was in a place of feeling really neurotic and over-stimulated,” Royal & the Serpent says. “The song is sort of me explaining what my life was like at that moment—this feeling of needing to be in control of everything and experiencing a constant sensory overload.”

Royal will be celebrating the release of “Overwhelmed” with a special drive-in livestreaming performance from a “secret” Los Angeles rooftop in partnership with Songkick, beginning at 6:00pm PT on Sunday, June 28th. The audio of the performance, which is set to also raise money and awareness for The Loveland Foundation, an organization that brings opportunity and healing to communities in need, will be transmitted via a receiver where onlooking fans can tune-in from their cars. The performance will also be available to view on Songkick’s IG live. https://www.royalandtheserpent.com/