Los Angeles-based, all-female punk band The Linda Lindas have released their highly anticipated new single “Oh!” “’Oh!’ is one of the first songs we collaborated on during the pandemic, masked and distanced on the front porch,” recalls the band. “It started with the main riff and progression Bela brought to the band. Eloise wrote the verses and Lucia and Mila wrote the choruses. The song deals with trying to help out someone and having it blow up in your face.” 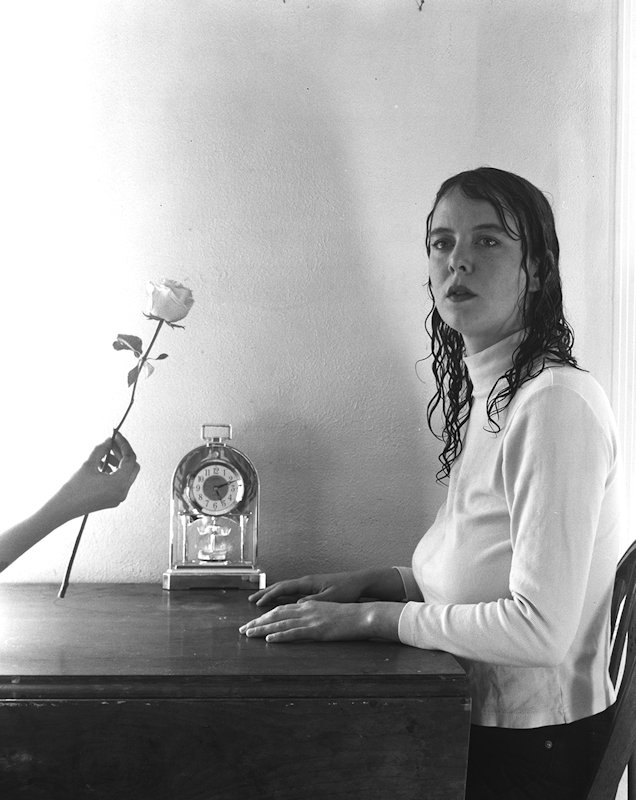 There are many times where seeing a band live tells more of the story than just hearing a song. Oh, Rose must be seen live. This 4 piece band from Olympia, Washington defies definition. Going through the checklist they are: pop punk, psychedelic, alt-rock, and more. On stage, they writhe and come to the edge of the stage. They make you remember why music is always better live.

Olivia Rose heads Oh, Rose as they tour with their album While My Father Sleeps. The album includes the singles, “25, Alive”

Rose defies the norms as well. Her vocals are vibrant and staticy. FEMMUSIC was honored to speak to Rose about her life and the album. For info visit https://www.facebook.com/ohrosemusic/

FEMMUSIC: What was the biggest challenge making While My Father Sleeps?

OR: During the making of While My Father Sleeps I experienced two major losses. The first was my mother, who passed away in January of 2017 and who I pay homage to with the album title. The second was my grandmother, who died a year later. It felt like starting from square one after each loss. Maybe the biggest challenge was allowing myself the time to grieve, knowing that these songs and my bandmates would be there when I was ready.

FEMMUSIC: What lessons have you learned from making Seven & That Do Now See that you applied in this album?

OR: We recorded this album twice, the first time in Anacortes at the Unknown in June of 2017. It was our first time not recording ourselves and overall it was an incredible experience during a time that was very difficult for me, personally. I truly believe great art can come from great pain. However, this was not the case with those recordings. I was in a state of grief I didn’t want to admit to. It came through in the music and it freaked me out. It was hard to move forward. At some point, we knew we needed to re-record, and figured we should at least try it ourselves like we had done with both That Do Now See and Seven. We set up in our practice space and took our time. It worked.

FEMMUSIC: Tell me about Park the Van Records. What made you decide to release this album with them? What did they bring to the project?

OR: I was aware of Chris Watson through Friendship Fever, a smaller label that friends of ours were on and spoke highly of. It turns out he had been listening to our music for years before returning to Park The Van and reaching out to us. I think there is something to be said about someone who has admired your work from afar coming to you at the right time. Joining with them was about the combining of two foundations. We are very excited to build with them.

FEMMUSIC: I saw you live recently and I was struck by the song “Consent.” Could you tell me how that song came about?

OR: Songs usually come from bits of conversation and interactions I have that inspired some form of inner dialogue or song bite. I think that is true for most artists. It’s a rush to write it down before it’s gone. A lot of voice memos of melodies and me talking to myself in bathrooms, or walking from one place to another. Finding space to translate to a fully realized song comes over time, usually alone in my bedroom. Then, when a song is in a place I feel good about, I bring it to the band and we build around it.

OR: There is an old gospel song called “I’m Free” that inspired me to audition for a solo in my 6th grade choir class. It taught me to sing and is one I always go back to when I need a reminder.

OR: Potentially the biggest challenge I’ve faced as a woman in the music industry is being a woman in the music industry. This often takes the form of male sound techs messing with your pedal settings during soundcheck, directing all questions to your male bandmates or second guessing what to wear during a performance for fear of not being taken seriously. On a larger scale it’s scenes and industry that protect sexual predators and silence victims. Listen to the people around you. Do some digging when it comes to who you are working with and if it doesn’t feel right, don’t do it.

OR: Damien Jurado. I want to sing with him and become his pen pal. I would love to tour with Sharon Van Etten and talk to her about therapy, life in and outside of music and the color blue. I feel seeing her perform every night would inspire me.

OR: I wish that these systems sometimes felt easier to navigate for independent artists. Signing to a label or management team or whatever does not equal instant success nor should you necessarily want it to. The whole industry side of music is pretty new to me, but so far no one has managed to change my voice or my story. I will let you know if that changes.