Today, Jackson+Sellers debut new song “Waste Your Time,” a indie pop rock single from their forthcoming debut album, Breaking Point, which will be released on October 22 via ANTI- records.

The new track’s grungy distorted guitars and brooding drums soundtrack their wistful vocals, which intertwine to reflect on a relationship gone wrong and the precious time that was wasted.

Jade Jackson said, “Waste Your Time was my heart’s way of ringing out the last few drops of a toxic relationship. When I started strumming the chords and scribbling down the lyrics I was in a place of weakness. After I put the pencil down and finished the song I felt strong again. It helped me move on.”

Aubrie Sellers added, “When we were putting songs together, Jade sent over a folder of a bunch of different ones that she had written and this one really stood out to us. It reminded me of what it might sound like if someone made a pure 90s rock anthem today. I think everybody has wondered if they wasted their time in the wrong relationship, and Jade encompassed the sentiment simply and completely.”

Formed during the pandemic after Jackson approached Sellers via a social media DM, inquiring if Sellers would like to sing backing vocals on one of her new songs. The creative partnership quickly blossomed into a full duo project with Sellers and Jackson citing instant chemistry, cosmic forces, and their desire to write a record that reflected their expansive musical interests amongst the reasons that quickly cemented their new music union.

Recorded at The Cabin studio in East Nashville in late 2020, Breaking Point was co-produced by Sellers and Ethan Ballinger, with Jackson and Sellers contributing three tracks each and co-writing “Wound Up” with Ballinger. In addition to their own material, they selected deep-cut covers including their first single, a reimagination of Julie Miller’s blistering “The Devil Is an Angel.” They also recorded genre bending interpretations of Suzi Quatro’s defiant “The Wild One,” and Shannon Wright’s raucous “Has Been.”

Jackson reflected, “This is an album that pays homage to unique, independent women who created their own path, wrote their own songs, had their own sounds.”

Bailey Callahan is releasing her album The A & B Sides on June 4, 2021. Today she releases the music video of the single “City Lights.” Produced and directed by Logen Christopher for Storm Light Pictures, the clip was shot on the streets of downtown Nashville with the illusion of being in New York City.

“‘City Lights’ is the deepest song I’ve ever written,” said Bailey. “In the moment of writing it, I didn’t realize how much it matched up to what I was going through until after the fact. It’s not only the deepest song I’ve recorded, but also the most vulnerable. I think admitting you’re not okay is a really strong thing to do. This song was about me being lost and looking for a way to ease my mind/heart.”

Bailey wrote four of the songs on The A & B Sides solo and partnered with Jared Anderson, Johnny Clawson, Davis Branch and Kyle Sturrock on the remaining five. The album was produced by Robbie Artress (Priscilla Block).

Alex McArtor – Baby Don’t Cut Your Hair For Anyone

Texas singer-songwriter Alex McArtor is releasing her EP Welcome to the Wasteland on June 25. The album was recorded in Nashville with Owen Lewis. McArtor’s style is a mix of country and dream pop that lingers after the song. She previously released the single “Wasteland.” Today she releases the single “Baby Don’t Cut Your Hair for Anyone.”

Posted in Videos Tagged with: Alex McArtor, Baby Don’t Cut Your Hair For Anyone, Nashville, Owen Lewis, Texas, Wasteland, Welcome to the Wasteland 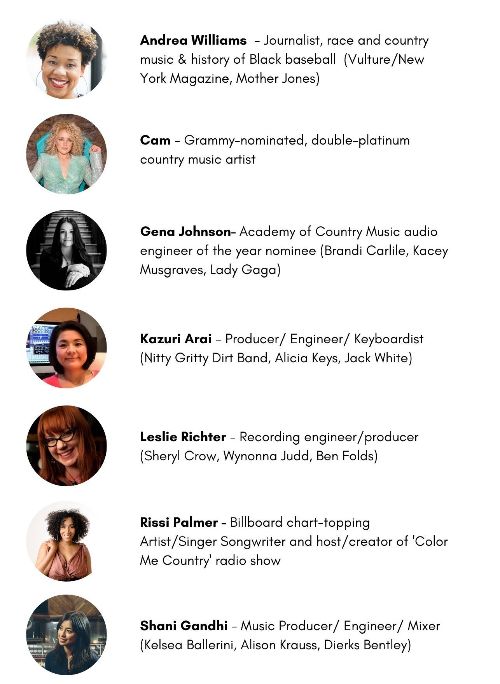 Madi Diaz – Man In Me

Nashville-based Madi Diaz marks a full restart of her artistic career with “Man In Me,” her poignant debut single/video for ANTI-. It’s a first taste of how Diaz has worked at perfecting the craft of delivering a full spectrum of emotions via songs stripped to their most confrontational and raw form. This song was produced by Diaz with additional production by Andrew Sarlo (Big Thief, Bon Iver).  Across reverberating guitar strums and light piano, Diaz’s voice is evocative as she makes frank observations about a past relationship: “Do you imagine me differently // Cause when I met you swore that you saw me // When you think I might be someone else // Does it turn you on.” As the track continues, Diaz’s vocals swell exponentially, only to be drawn back to a fading note.

“‘Man In Me’ was the first song I sat down to record for myself in about six years, which is the reason I thought it was so important to release first. It’s a very intimately visceral moment, a sort of play-by-play inner monologue, taking my first steps through a really hard time.” The accompanying video, directed by Stephen Kinigopoulos, “emphasizes the intensity of a moment held and held and held. For me, this video is like holding a stare for so long that it hurts. It’s like knowing you should let go, but you keep holding on cause you can’t say ‘when,’ and playing with that tension lying right beneath the surface. You know something’s up, but you just can’t put your finger on it.”

Lydia Luce came from a strict musical family. She has a master’s in viola from UCLA.

Luce says, “I am grateful for my classical upbringing and that I’ve gotten to absorb a diverse education in music. Ultimately it all brought me to this space of getting to create from experiences that are only mine.”

Luce is getting ready to release her sophomore album Dark River.