Motordrome, the long awaited third album from Danish superstar MØ, is out now via Columbia. Today, she shares a new track, “New Moon,” alongside a video directed by London based multi-visual design duo Fa and Fon that finds her confronting her fears head on in an epic battle scene.

“‘New Moon’ is a song made to manifest a new era, a song about regaining control,” MØ says. “To me, it’s a reminder to listen to myself, trust my instincts, and not let external forces blur my vision and get me stuck in a spiral. I hope other people get the same energy from it.”

Motordrome is MØ’s first body of work since 2018’s much lauded Forever Neverland, which saw her touring the world over off the back of its success.

Additionally, she returns to the road next month, with a run of special dates in North America and Europe through July. 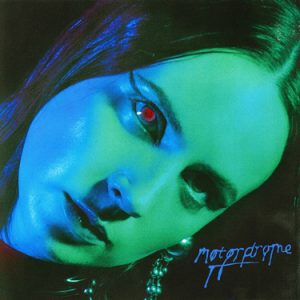 Posted in Videos Tagged with: Live To Survive, M0

Posted in Videos Tagged with: I Want You, M0

Posted in Videos Tagged with: M0, When I Was Young

M0 – Nights With You

Posted in Videos Tagged with: M0, Nights With You