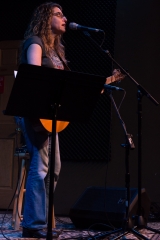 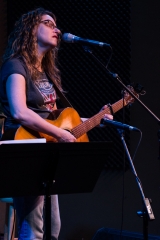 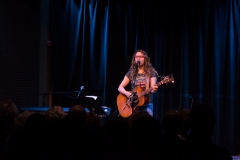 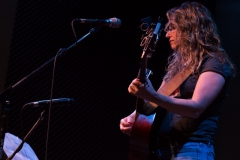 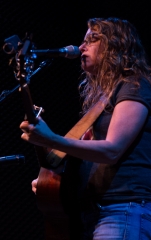 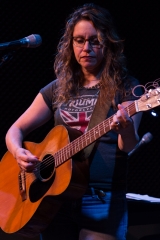 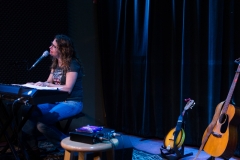 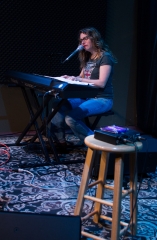 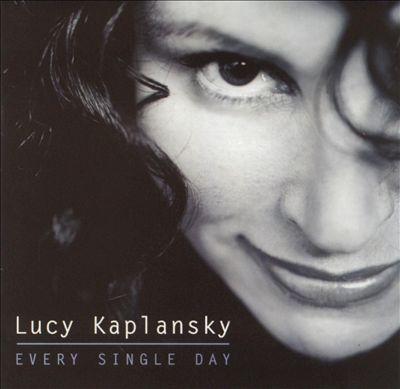 With this latest release, Lucy Kaplansky finally has reproduced the intensity of her live performances in a studio recording. In concert, her songs have tended to possess a passion often missing from her CDs. Overall, the songs on this album feel more accessible faster — they don’t need time to grow on the listener.

Kaplansky has one of those no-nonsense voices. It’s purposeful. Every syllable is carefully enunciated in order to get its meaning across quickly and easily. While that technique could become tedious, she uses it to its best effect, especially on “Written on the Back of His Hand,” the opening number. This is it, she says, no matter what the lyrics read. Right away, the listener knows where he or she stands. “One true word’s gonna beat a pack of lies,” Kaplansky sings.
Perhaps she means it as a theme for this album.

For the most part, the rest of the CD does reflect that theme. Whether they’re her own songs or covers (she does perform four covers – songs by Paul Brady, Steve Earle, Julie Miller, and the Louvin Brothers), there tends to be an intensity that has been lacking on earlier albums. Her cover of Brady’s “Crazy Dreams” is a surprisingly fast-paced and capable escape from “dreaming someone else’s dreams.” She follows up that number with the title track, her own composition. It’s slow paced, but it doesn’t become languorous. There’s something about its beat that
makes it meaningful, with the chorus lapping at the listener as a reminder of how “every single day takes a piece of you away.”

This time around, Kaplansky toys with the idea of having a hit single. “Guilty as Sin” and “Don’t Mind Me” both have potential for AAA radio. “Don’t Mind Me” features a fun bridge and combines Kaplansky’s lovelorn lyrics with a light, bouncy melody. “Guilty as Sin” also has a bridge and chorus that might lift it above occasional airplay. It has a bit of a pop ballad feel in terms of musical composition blended with to-the-point lyrics. It’s not at all complicated, but it sounds as if it’s a fun break for the oft-serious Kaplansky. “No More Excuses” has some of that pop ballad feel, but the actual anger and cynicism expressed behind the sweet voice help take the edge off its bouncy march.

There are some slower, folk-oriented songs – the sort of material to be expected on a Kaplansky release, such as her cover of Miller’s “Broken Things” and her own “Song for Molly,” a memory about her grandmother. They are effective because they don’t dominate the album; they merely contribute to two of its moods. “Nowhere” sounds as if it’s going to be a downer, but the way she rolls her tongue around the chorus, dark-sounding as it is, gives it some hope.

In concert, Kaplansky has joked about being a Jewish girl from Chicago who likes to sing country gospel. “The Angels Rejoiced in Heaven,” which Kaplansky learned from Gram Parsons and Emmylou Harris’ version, seems an odd choice as the album’s final song. It’s an interesting juxtaposition, both lyrically and musically, to the previous song, Steve Earle’s “You’re Still Standing There.” Perhaps the two songs could have been switched so that the album could end with Earle’s composition. Its last lines, “And your memory can’t keep me warm/But it never keeps me cold,” could prove an eloquent closing. While it can be effective to end with a slow number, “Angels” just leaves too many questions and too much wanting for more. Interestingly enough Kaplansky recently has been opening her shows with that closing song.

That said, however, Every Single Day is the most accessible and rewarding album Kaplansky has released to date. 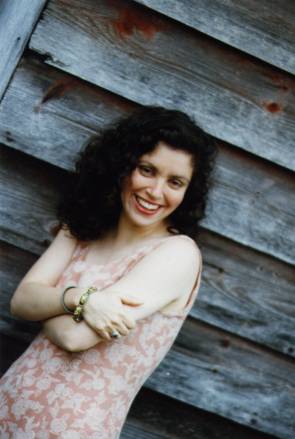 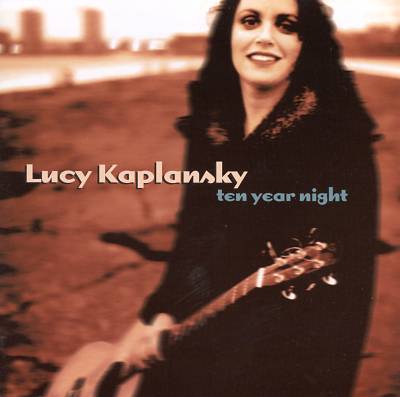 After the recent success of the Cry, Cry, Cry CD and Tour, Lucy Kaplansky returns with her third CD. Lucy is backed up by a great band consisting of Larry Campbell of acoustic and electric guitars, Jon Herington on electric and slide guitars, Zev Katz on bass, and Ben Whitman on percussion. In addition Lucy is joined by Jennifer Kimball, John Gorka, and Richard Shindell on the CD.

Lucy’s plaintive folk style rings true in this CD. The title track is a beautiful love song about looking at your companion, asleep, while on a long journey. Other notable tracks include “Turn the Lights Back On” about the fight ending a relationship, “One Good Reason” about alcoholism, and “End of the Day” questioning the worth of a “real” job versus past dreams. The lyrics are co-written by Richard Litvin.

Lucy has so much to say in her songs, and in her words. The CD breaches that surface. Lucy is no longer an emerging folk artist, but a competent professional in the folk world. 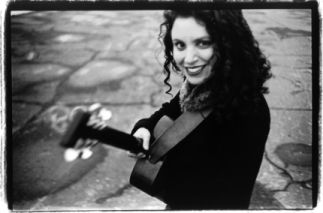 Lucy Kaplansky is an innovator in contemporary folk music. She has played with everyone from Shawn Colvin, to Dar Williams. Last year she was part of the Cry, Cry, Cry CD and tour. This project brought Kaplansky, Dar Williams and Richard Shindell together to record some of their songs from other artists.  Cry, Cry, Cry was received greatly by critics and audiences alike.

FEMMUSIC: How did you decide that you wanted to pursue music professionally?

FEMMUSIC: How do you come up with your songs? Describe your songwriting process.

FEMMUSIC: Who have been your greatest musical influences?

LK: Well, intitialy Joni Mitchell when I was a teenager. And later probably Graham Parsons, Emmylou Harris. Probably Suzanne Vega, who I actually knew when she was starting out. Those are probably the biggest.

FEMMUSIC: Tell me about Cry, Cry, Cry? How did you become involved in that?

LK: Well it was Dar’s and Richard’s idea. They got the idea to make an album of other people’s songs. Just for fun. Just to make an album of songs that they loved. They talked to their manager about it and he said ,”That’s a great idea. Why don’t you really do it right and get a record deal and do a tour?” Someone had the idea, I don’t exactly know who, to ask me if I wanted to do it. So I got a call, and I said, “Sure”, and that’s how it came about.

FEMMUSIC: What was your best experience with the tour?

LK: Well probably the most fun thing about it, other than the obvious, which is the music, which has been wonderful, was being on a tour bus with everybody for about six weeks. That was just a blast.

FEMMUSIC: What is your favorite song from Ten Year Night?

LK: The one I feel the most about is the song “Ten Year Night.” It’s so personal. Yeah, personal.

LK: Be persistent. Don’t give up too soon. It takes a long time. And if you’re good people will hear about you and things will happen.