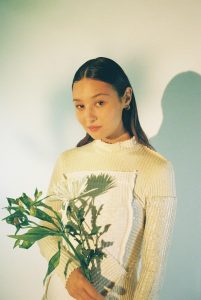 “Flower was originally a 60 second instrumental that I released on my jams EP earlier this year. I really liked the feel of it so I decided to expand it into a full song, and it blossomed into one of my favourite songs I’ve written.” shares Luna Li on the track.

Luna Li adds: “It’s about a relationship where the other person is there for the wrong reasons, to gain power and to use you to their advantage, rather than for love or caring. Serena (whose viral hit song “Sensitive” is now sitting on a whopping 54 million streams) came in and brought the song to a whole new level with their incredible verse and I feel so lucky to have had them sing on it!”

Japanese Breakfast has shared “Glider,” the lead single from the original video game soundtrack, Sable. The soundtrack is available for pre-save and pre-order now, and due Sept 24th, via Sony Music Masterworks.

Of the soundtrack, Michelle Zauner says, “I was so lucky Daniel Fineberg and Gregorios Kythreotis from Shedworks invited me onto this game so early on. I was immediately captivated by the world they’d built, a desert planet filled with mysterious natural and architectural wonders, and the story they’d imagined, one of a young girl coming of age through exploration. It was important to me that each biome in this world felt unique. I used woodwinds and vocal layering to make monumental ruins feel ancient and unknown, industrial samples and soft synths to make atomic ships feel cold and metallic, classical guitar and bright piano to make encampments feel cozy and familiar. I wanted the main themes to recall iconic works of Joe Hisaishi and Alan Menken, to fill the listener with the childlike wonder of someone on the precipice of a grand discovery.”

The Sable soundtrack features instrumental and vocal music written by Japanese Breakfast’s Michelle Zauner for the highly anticipated, open-world video game. Drawing from her years of songwriting experience, the 32-track collection finds the musician, director and author making new explorations into ambient and experimental music, the resulting soundtrack as breathtaking and otherworldly as the game itself. From indie game developer Shedworks and publisher Raw Fury, Sable will be available September 23 on Xbox Series X/S, Xbox One and PC.

Today, SASAMI, the musical project of Los Angeles composer, songwriter and producer, Sasami Ashworth, releases a heavy rendition of Daniel Johnston deep-cut “Sorry Entertainer.” The single acts as a peek into the sonic world to come, on her highly anticipated, yet-to-be-announced second album. The video was directed by actor and comedian Patti Harrison and Alan Resnick.

“I made my last album when I was in a very emotionally vulnerable and tender place, but after a couple years of touring those same subtle, more sensitive songs, the live show became louder and more volatile,” says SASAMI. “A bit before the pandemic took hold I was really getting back into metal and numetal, so a couple months into quarantine I made an acoustic version of the System of a Down song “Toxicity.” My sadness ripened into anger throughout 2020, and deeper into it I started experimenting with a heavier palette and decided to perform the inverse exercise of metallicizing an acoustic song. ‘Sorry Entertainer’ is my take on mixing the desperation of being a hopeless and powerless artist and the extremely powerful sounds of a metal band. Like giving a toddler a flamethrower… or a fullstack.”

SASAMI will be touring with Japanese Breakfast this Fall. 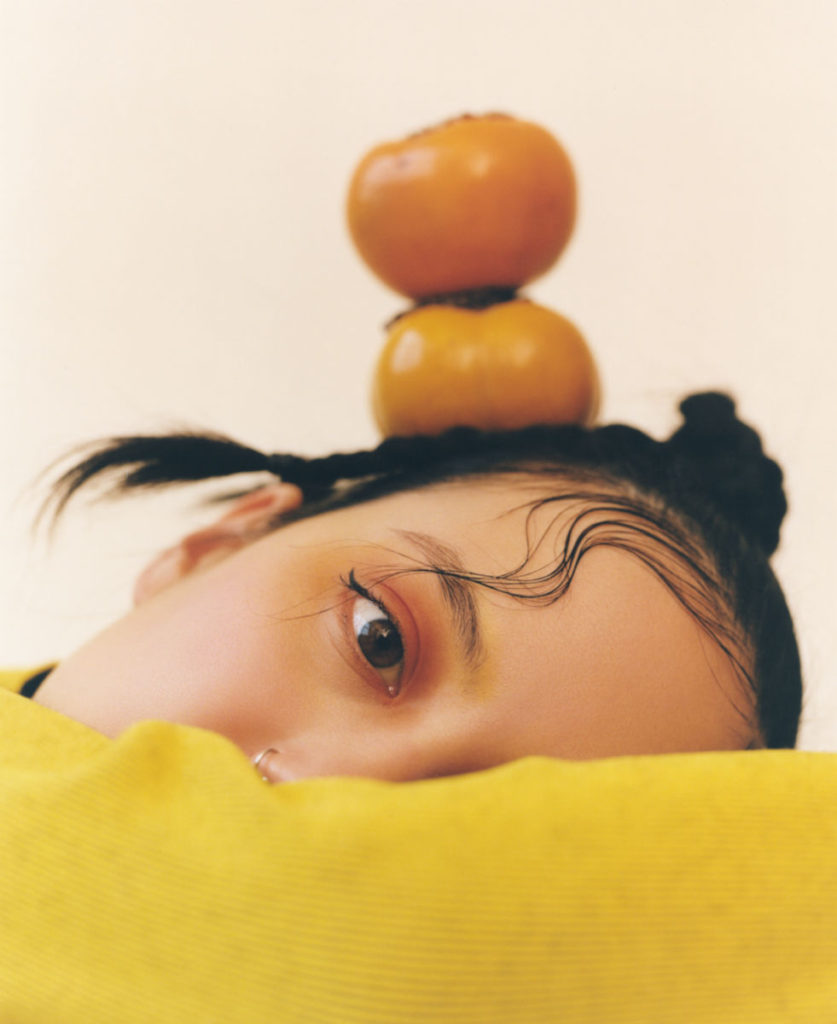 Japanese Breakfast aka Michelle Zauner is releasing her 3rd album Jubilee on June 4. She also just released her book Crying In the H Mart. She will be part of the Doomin’ Sun Fest and her own tour starts soon. FEMMUSIC has followed her since 2016. We’ve already featured her singles “Savage Good Boy”, and “Posing In Bondage.” Here we have the 1st single from Jubilee “Be Sweet”
http://japanesebreakfast.rocks/

Posted in Artist of the Month Tagged with: Japanese Breakfast

Luna Li – Alone But Not Lonely

Today, the Toronto native multi-instrumentalist and producer, Luna Li (aka Hannah Kim) has shared her new single “Alone But Not Lonely.” The lush orchestral composition places Luna Li’s technical proficiency in the spotlight as she kicks the song off with a sweeping melody played on the violin before dropping into a smoldering funk groove with ethereal synth pads and vocal harmonies to boot. After her graceful and confident chants of instantly memorable self-assurance, the song crescendos into a massive guitar hook that rises and falls with beautiful simplicity and acts as the antidote to her loneliness.

“I wrote ‘Alone But Not Lonely’ in my very first apartment which was cockroach infested. I was feeling really uncomfortable and lonely in the new space, and decided to write this song to cheer myself up and entertain my newfound insect friends.” Says Luna Li. “The phrase ‘Alone But Not Lonely’ is a mantra I use to remind myself that time I spend with myself is valuable and special, something that should be celebrated.”

“Alone But Not Lonely” is Luna Li’s follow up to the low-slung angelic pop single “Cherry Pit.”

This fall, Luna Li will embark on her first US tour supporting Japanese Breakfast. The tour will kick off on September 14th in Columbus with stops in Chicago, Portland, San Francisco, and Los Angeles before concluding on October 16th in Brooklyn. See all of Luna Li’s tour dates with Japanese Breakfast below.

Posted in Videos Tagged with: Japanese Breakfast, Posing in Bondage

Japanese Breakfast and Ought at Gothic Theatre

Posted in Live Photos Tagged with: gothic, Japanese Breakfast, Ought 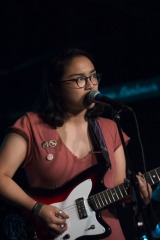 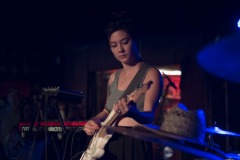 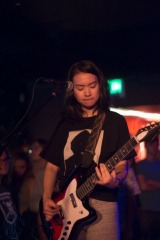