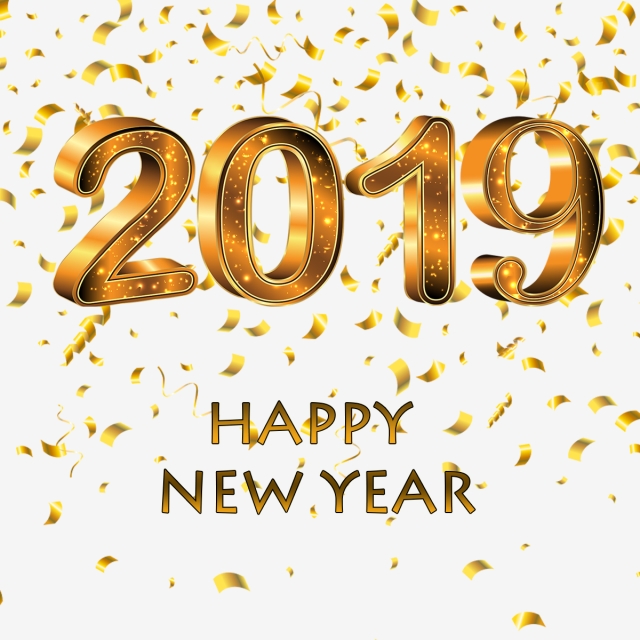 Welcome to 2019! It’s a few days before and I’m scrambling for deadline. The holidays always make it rough. In the past week I read a book about the Altamont disaster in 1969 as well as seeing reports of Woodstock getting ready for a 50th Anniversary. Let’s hope it goes better than Woodstock 1999.
January & February are usually quiet for the music biz. People are home recording and doing home shows. There are also the big awards shows. March is when the insanity begins. Normally during Jan & Feb I like to do big expansive pieces. I hope to do another this year.
After another year of shows I’m wondering if I should write the book on the young woman artist set. I’ve been seeing it all year and can practically predict it. The artist is usually signed and looks coached in the set. The set will hit the following notes:
1. Have you ever felt like no one understands you?
2. Have you ever felt like you’re alone?
3. Here’s the song for lovers or for loving yourself
4. Here is the women’s empowerment song
The set will be book-ended by singles that are usually danceable. I’ve seen this same set in small and large venues, with openers and headliners, and in different genres. It feels staged and fake now. It also feels like every label knows the set. I’m hoping for 2019 they will change it up.
This month we are previewing 3 festivals. Brandi Carlile’s Girls Wanna Weekend, globalFEST & GirlSchoolLA. We are waiting for the lineup on Girlschool which happens in late January. I need to start reviewing the showcase bands for SXSW for our preview in March.
That’s all the random thoughts from my desk. Happy New Year!
Sincerely,
Alex Teitz
Editor-In-Chief
FEMMUSIC 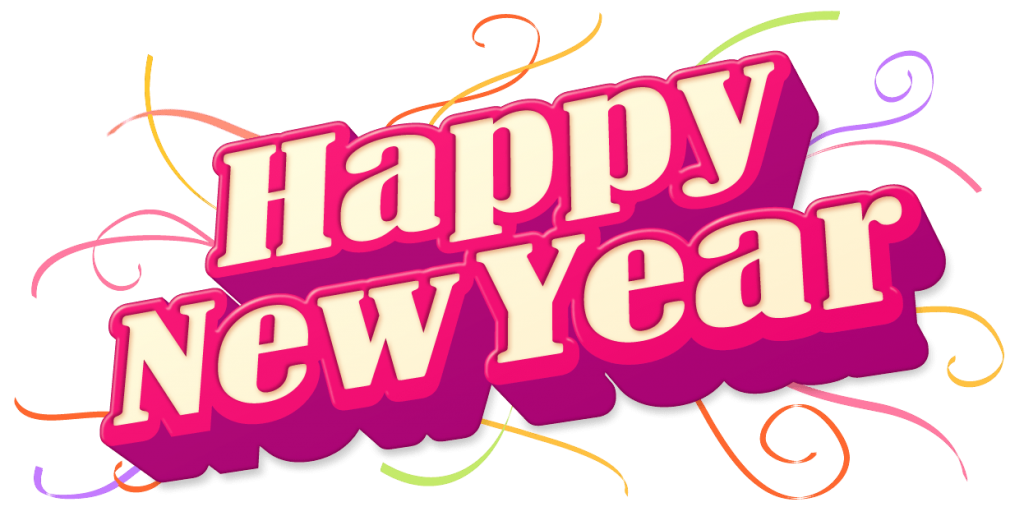 2018 is here. 2017 was a busy year with new releases by prominent artists and big tours. 2018 promises to be the same. 2018 brings with it new tours and new artists. Many of the new signings in 2017 will be hitting the road to promote their EP’s and albums as they come out. We’re already licking our lips about shows coming in March. 2018 also marks the end of Vans Warped Tour. This alternative music festival has shaped generations of fans and artists. We’ve also found it to be one of the most accepting of women artists.
FEMMUSIC will continue our annual issues in 2018. We will have previews of SXSW, Canadian Music Week, Australian Music Week, Melbourne Music Week, Loud Women Festival, and more. We also continue to look for those events that aren’t getting publicity and try to bring them to the forefront.
Typically in January & February we like to take on a broader issue in the music industry. In the past couple of years that has included interviews with women tour managers and women in studio production. As of this writing we are still looking for a subject and look forward to bringing it to you. FEMMUSIC is about women in the music industry not just musicians. We are also an activist site. It is not enough to watch from the sidelines. You need to take a stand and support it.
FEMMUSIC tries to support upcoming artists. We do this by featuring and interviewing them. We also work locally to try to provide artists and organizations with resources that come across our desk. We are a strong believer in arts funding and trying to find funding for artists. We also look for opportunities for gigs, events that might normally be thought of because they are not “music” exclusive. Sometimes our instincts prove true and we’ve heard from artists when our resources have helped. We look forward to doing more in 2018.
The year is just beginning and we hope to make it a great one.
Sincerely,
Alex Teitz
Editor-In-Chief 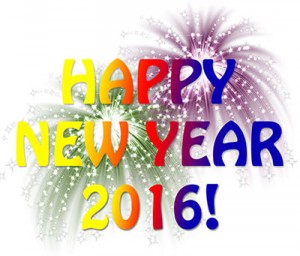 When did your New Year begin? Mine started earlier than ever this year. On December 3rd my calendar had gone from February 2016 to April 2016 and I was already working on themes for all of FEMMUSIC for 2016. I was also tracking down leads on artists I’d never heard of…
Now that it is January 2016 I’ll be working on February & March issues ASAP. March is always one of our busiest issues and because February is so short the deadlines are very tough.
It is 2016. What are your goals? What are your resolutions? Now is the time to put your house in order and work on recording that way you’ll have something for the Spring & Summer touring. It is also time to think of your budgeting and look back a little on 2015 for tax purposes. All the fun stuff.
…It is now right before Christmas and I’m finishing up the issue. I saw some amazing shows this month including Silversun Pickups, Nicki Bluhm and Tacocat. As happens every month when I get close to finishing an issue it feels like I’ve already lived the month I’m posting. I’m jumping from December to February without the 31 days in-between. 2016 looks to be one of our busiest ever and I can’t wait. Thank you to all our loyal followers, readers and friends. You make what I do special. I hope your holidays are grand and your new year filled with happy surprises.

5…4…3…2…1…Happy New Year!! 2002 is here, and with it the hope for a better, stronger year. I made no predictions or resolutions as the clock advanced but with 2002 we’re cleaning out the closets at FEMMUSIC.
It’s our 3rd Year and we want to be better than ever. In order to do so we have to eliminate what isn’t working? Beginning this month we’ve eliminated another section. That section is Where Will You Be? WWYB was created with the intention of previewing shows months in advance. Sadly planning that far and keeping up with it became too large a chore. We’re still keeping Shows of the Week, and it is my intention to have that reflect shows one to two weeks in advance worldwide.
Now the good news. FEMMUSIC in 2002 is better than ever. This month we’re introducing two new sections. One is a City Spotlight with a focus on 1 artist, 1 venue & 1 event. I’m originally from the East Coast but have lived in Denver for nearly 20 years. Speaking with artists locally I’ve been asked repeatedly, “When are you going to do a Denver issue?” Although I’ve tried to help local bands with listings in Artist & Demo of the Month, there is so much more that can be said. For this reason, City Spotlight was born.
City Spotlight is a chance to describe the cross-section of the local music scene anywhere. It will be a chance to talk about the clubs that everyone knows from CBGB’s to The Key Club, and to talk about the clubs no one knows about like The Lion’s Lair and Penny Lane. It will also be a chance to expand upon festival/conference of the month by talking about the events that make up a particular city. These include The New Orleans Jazz & Heritage Festival and Seattle’s Bumbershoot. Finally, City Spotlight will be the chance to talk about more artists. There are some artists FEMMUSIC naturally associates with a particular city, as do the locals. When we speak of Edie Carey or Anne Heaton, New York City is their natural environment. The same can be said of Powder, Breech, and Bubble in Los Angeles. FEMMUSIC also looks forward to finding out about new cities. If you have suggestions, please e-mail us.
In addition to City Spotlight, FEMMUSIC is adding a new section in January 2002. It’s Song of the Month. Why? FEMMUSIC hears so many artists material regularly that we wanted a chance to talk about even more people. In addition, as we heard so often at AAA Gavin, a good song can do so much. This new area will include all the pertinent information about the song, and when possible, the lyrics. We hope that this will help artists in publishing and further promoting their work. A last caveat, beginning this year FEMMUSIC will now be accepting DVD’s.
Now, if I haven’t spoken enough, let me talk about the 3rd Annual Jazz Issue. FEMMUSIC is about music of all genres. When we began my own knowledge of the art of Jazz was limited. Doing this issue every year has taught me so much, and I continue to learn. Jazz is interpretation, improv, and discipline by some of the most talented artists around. Jazz is a music that speaks in a whisper that stays for generations afterwards.
This year FEMMUSIC was extremely privileged to speak with some of the biggest names in Jazz today. Diane Reeves is a Grammy Winning Jazz Vocalist. Flora Purim is a Grammy nominated artist whose style of jazz is unique. We also spoke with artists we wanted to talk to before. Both Rita di Ghent & Ondine Darcyl are artists we wished to profile last year, but our deadline passed too fast. In addition, Jeannette Lambert’s JazzGrrls.com has been invaluable to us from day one. Instead of having her site be listed again as Website of the Month we decided to talk to the artist herself.
Before we end we have to say farewell to Bianca Butthole of Betty Blowtorch who died in a car accident, and to The Women Musicians’ Alliance/WMA that is ending after five years of amazing work in Florida and nationwide.
Okay, I think I’ve spoken too much. Now let’s hear the artists.