Gordi – Burn All The Time Machines 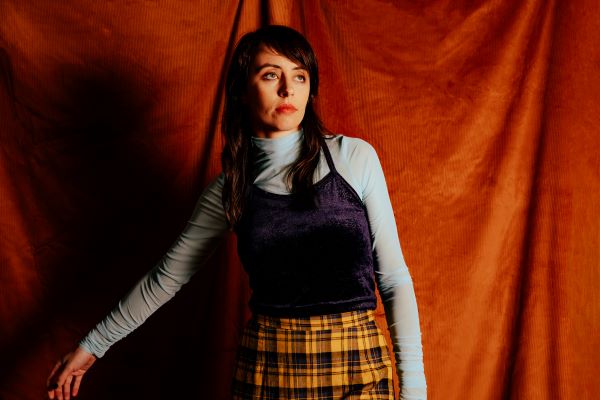 Gordi – the project of LA-via-Sydney artist Sophie Payten – releases her new EP, Inhuman, today on Jagjaguwar and shares the new lyric video for “Burn All The Time Machines.”

“When I sat down to write ‘Burn All The Time Machines,’ I had been thinking a lot about what it was like to be a queer kid when I was in high school in the late 2000s,” says Payten. “Then in Australia at the beginning of this year, a debate around expulsion of teachers and students from schools, based on their sexuality or gender, on religious grounds was reignited. It was an enraging, devastating debate. The sound bites in the middle-8 of the song are from the coverage of the damaging conversations that were had.”

Gordi – the project of LA-via-Sydney artist Sophie Payten – shares “Inhuman” from her new EP, Inhuman, out August 19th on Jagjaguwar.

“When I wrote ‘Inhuman,’ I was thinking about the blackened roadsides on my drive from Sydney to Lismore in 2019,” explains Payten. “I had to turn back halfway because the fires were too out of control. I was supposed to start work in Lismore Hospital on the Monday where I would meet countless patients who couldn’t be discharged because their homes had been destroyed. Hearing one story after the next made me numb, and being numb to that sort of tragedy feels like forgetting to be human.” Until earlier this year, Payten continued working as a doctor, assisting with under-staffed local hospitals in Melbourne and regional Australia during the height of the COVID-19 pandemic.

With the accompanying video for “Inhuman” by Triana Hernandez. Payten envisioned escaping the inescapable. “I pictured a giant red lobster – stalking me until eventually I couldn’t ignore it anymore.”

Gordi – the project of Australian musician Sophie Payten – announces her new EP, Inhuman, out July 15th on Jagjaguwar, and shares the lead single/video, “Way I Go.”

With little more than guitar and Payten’s reverb-drenched vocals, the sparse “Way I Go” is wrenching and accompanied by a gorgeous video from Triana Hernandez.

“‘Way I Go’ is about the newness and the oldness of being in love. How it saturates and warms you, expands and transforms,” Payten says. “The video was filmed in one afternoon and features me putting my short-lived career as a swim instructor to good use, before walking around the streets of Brunswick in Melbourne in a dusty pink blazer I bought for $5 from the local Goodwill store.”

Hernandez adds, “The video for ‘Way I Go’ is a seemingly minimal concept – a simple walk toward the house of someone you love, collecting flowers along the way…yet the level of emotional rollercoasters happening within transforms the walk into an ethereal and organic experience, well beyond the streets of Melbourne’s northern suburbs.”

The six-track EP, Inhuman, explores the trials of humanity, from love and identity to faith and religion, traversing the spectrum of sorrow to celebration.  The tracks that comprise the EP came together from a range of sessions over the years in Reykjavik, Los Angeles, Melbourne, and Eau Claire, Wisconsin.

Until earlier this year, Payten also balanced work as a doctor, assisting with under-staffed local hospitals in Melbourne and regional Australia during the height of the COVID-19 pandemic.

Posted in Videos Tagged with: Gordi, Grass Is Blue