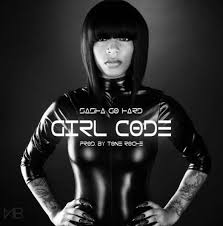 Posted in Video of the Month Tagged with: Girl Code, Sasha Go Hard