Emma Charles – Get To Me

The stirring ballad finds Charles fearlessly cleansing herself from a relationship where she “got so used to feeling small” and “not feeling heard” alongside “empty promises and wasted tears.” Defiantly – over swirling synths and mesmeric drum machines – Charles offers a direct and empowering rallying cry for moving on to those who may need it most – “I won’t let it get to me.”

Posted in Videos Tagged with: Emma Charles, Get To Me 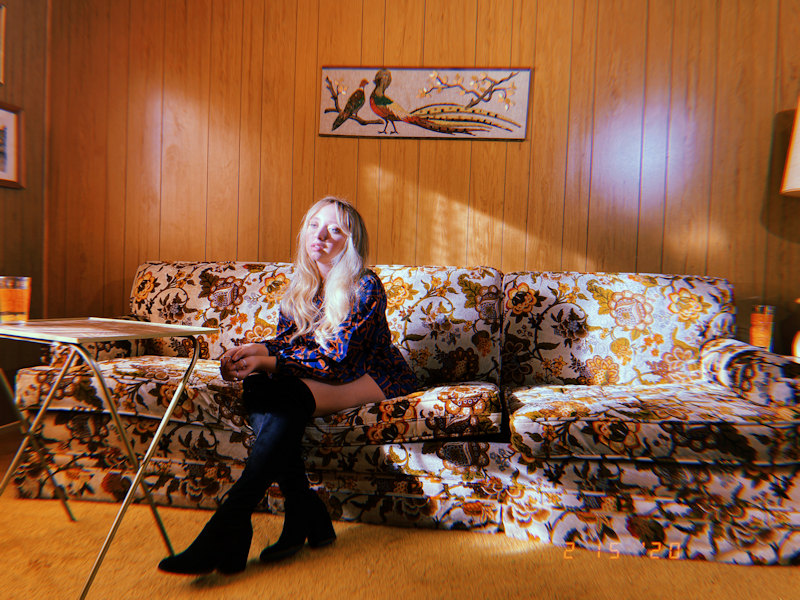 Emma Charles has lived a rollercoaster in the past year. She graduated from Berklee College of Music and was getting ready to tour when the world closed down. In the past few months she has been releasing singles from an upcoming sophomore EP. They include “25” , “Book” and today “Osmosis.”

“Osmosis was written in Los Angeles by myself and my producer and co-writer Doug Schadt. I had the idea for the chorus while on the treadmill at the gym funnily enough, and ended up writing the chorus at home the same day. I brought the song in to Doug where we fleshed out the lyrics and wrote the rest of the song. ‘Osmosis’ details a person in love who is struggling with communicating in a relationship.”

Charles is originally from Connecticut and lives in LA. She comes from a musical family. She has found luck with producer Doug Schadt. For info visit https://www.emmacharlesmusic.com/
FEMMUSIC: Can you describe your songwriting technique?

EC: I wouldn’t really say I have a certain technique, but I do gravitate towards certain methods. Usually, I will start out with piano or guitar, and then come up with a melody by singing various vowel sounds over the chords. Then, once I have the melody solidified, I will start to write the lyrics. If I am writing with others, usually I am working on melody and lyrics without the chords.

FEMMUSIC: Tell me about Doug Schadt. You met him while you were at Berklee. Tell me more about that meeting? What does he bring to a project?

AC: I was a sophomore in college when I started researching producers, and learning about who I wanted to work with. I saw that he had produced Maggie Rogers’ “Alaska” which was one of my favorite tracks at that time, so I reached out to him and set up some sessions at his studio in Brooklyn. The first time we met, we recorded 2 original songs of mine in 4 days! Over the past few years, Doug and I have developed a great relationship. I believe he’s one of those rare producers where he creates a track with everything I want, without me even having to ask for it. It’s definitely unusual to find a producer like that so I am very thankful to have worked with him for as long as I have!

FEMMUSIC: I understand that the Connecticut EP and its successor were made at the same time. What was the biggest challenge making both EP’s?

EC: I brought in a handful of pre-written songs to Doug with the intention of creating as much music as I could without a final end goal in mind. It just so happened that we created enough music to split it up into 2 EP’s. The first EP was created with the intention to include songs that were about the move from Connecticut to Los Angeles, entitled “Connecticut”, and the second EP to describe what it’s like after living in Los Angeles for a bit and the struggles that come with it. The most challenging thing we came up with was trying to find variation in the tracks. A lot of them sat in the same sonic space, so we had to really think out of the box to create tracks that were different from the rest, like “25” and “Connecticut”. FEMMUSIC: Tell me about your creative team. I was curious to hear your creative director filmed the “25” video. How did you find her?
EC: Research! Marina Piche has been such an amazing creative director, and she really has been able to help me hone my brand to be the most authentic, elevated version of myself. I found her through researching artists with a visual brand I love. I stumbled across a very talented artist, Vera Blue, and I learned that Marina had worked with her on a few album covers and I loved what she did, so I reached out! Luckily she was open to my vision and we clicked instantly. She had the awesome idea for the “25” video, and yet had so many restrictions due to COVID. I had the idea to create a live, beatles-esque stage, but since we couldn’t, Marina was able to take my live idea and translate it into miniature figurines! She definitely made the most out of a tricky situation! However, once COVID restrictions lifted a bit, we were able to create a full, live music video for “Osmosis” with actual people, following COVID guidelines. So glad it worked out this way because this video is definitely not one to miss!
FEMMUSIC: What song (not your own) has had the biggest influence on you and why?

EC: When I was just starting my artist project in 2018, Phoebe Bridgers had just came out with her Stranger in the Alps album, and the song “Motion Sickness” immediately stood out to me. That song was a modern take on classic folk/rock, and Phoebe was able to blend all of the elements of folk and pop that I wanted to do, and I hadn’t heard that before in a modern setting. It became the main reference track for one of my first releases, “Comfort in the Chaos”.

EC: I definitely feel like in college and even after that, I hadn’t been taken as seriously as I was just a “blonde girl who sings”. I believe I have more depth than just that, and can bring a wide array of things to the table, creatively, visually, and musically. When I feel like I am not taken seriously enough, usually I write an angry song about it which makes me feel empowered!

EC: This is such a loaded question! I have so many huge inspirations- I would love to collaborate with Maggie Rogers, Bon Iver or Phoebe Bridgers, and go on tour with Dermot Kennedy, Hozier or JP Saxe.

EC: I think what’s really difficult to deal with now is that there is so much content, and a lot of it is based on personality/looks. Things can go viral just because of the artist’s personality but not the music itself. If I could change one thing, I would change the way that music is consumed- I wish people listened and reacted to musicians based off of their talent and musicality, rather than persona.