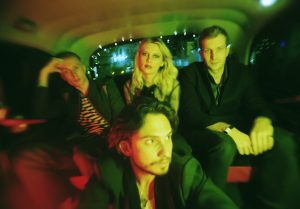 It’s been a long time since Wolf Alice has been in Denver. Things have changed. There has been a worldwide epidemic and Wolf Alice has released their 3rd album Blue Weekend. Blue Weekend was written during COVID and marks the songwriting evolution of Ellie Rowsell. The album is about love in its myriad forms from discovery, loss, and strength for it and more. Singles include “The Last Man On Earth”, “How Can I Make It Ok?” and “Smile.”

Wolf Alice has been to Denver many times playing Globe Hall and the Bluebird. In 2015 they played Lost Lake and brought the house down touring for their first album My Love Is So Cool. This wild night of crowd surfing and an audience singing every word is worth repeating for 2 nights in November.