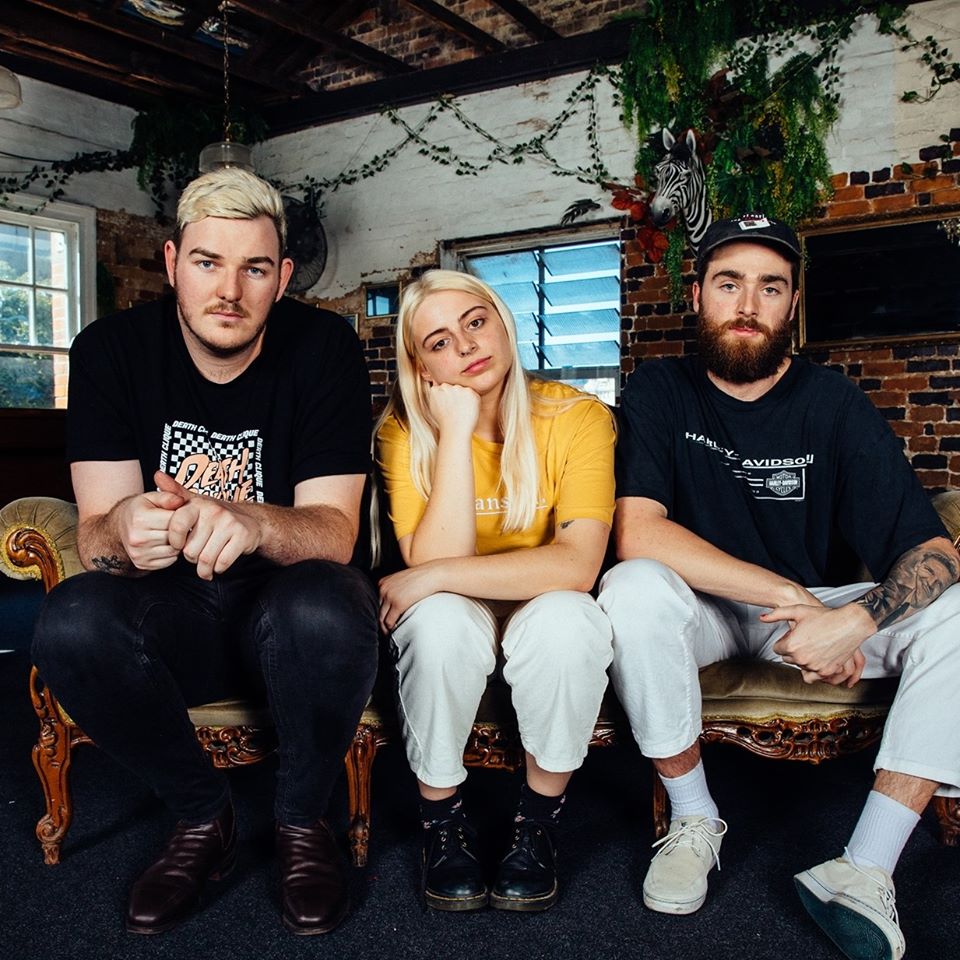 If you haven’t heard of Eliza & the Delusionals you won’t have to wait long. The Australian band begins touring with Silversun Pickups in February. In 2017 they released an EP called The Deeper End. They are now back with new material including the newly released “Pull Apart Heart”

It follows the single “Just Exist”

The 4 piece is known for Katt’s descriptive and influential lyrics. FEMMUSIC spoke to Katt about the new music. For info visit https://www.elizaandthedelusionals.com/

EK: Usually it just starts with a guitar and just singing and humming melodies. There’s not really a specific ritual to writing for us – it’s just what comes out. I think it depends on the headspace and what we’re feeling at the time.

FEMMUSIC: Tell me about “Just Exist.” How did the song develop?

EK: I remember just playing around on guitar not really doing anything particular when I started the main riff. As soon as I heard it I felt something and I had to straight away start writing lyrics. It just developed more with the full band and the feelings really came to life when we took it into the studio.

FEMMUSIC: Tell me about Kon Kersting. How was he to work? How did you meet?

EK: We love Kon, he’s so great to work with. We recorded our first EP with him and always felt like he brings the best out of our music in the studio. I remember buying an EP of another Australian artist a while ago which I loved, and at the time we were looking for someone to produce our debut EP. I loved the sound of it and we ended up getting in touch and we’ve been working together since.

FEMMUSIC: Tell me about “Pull Apart Heart.” How did the song develop?

EK: I was going through a lot of personal changes at the time, and I remember feeling really conflicted about a lot of things that were going on in my life. I remember writing down ‘pull apart heart’ on a page and really connecting with the line. It really described how I was feeling. The song just wrote itself after that.

FEMMUSIC: Tell me about Cooking Vinyl. What made you sign with them last summer?

EK: Cooking Vinyl are so great. Everyone at home in Aus and over in the US are so kind and really caring towards us. They really believe in making sure that everything is the way that the artist wants it and that’s super important for us. They also work with some of our favourite artists in Aus and around the world.

FEMMUSIC: The Deeper End came out in 2017. You’re working on new material. Has your process changed since The Deeper End? What have you learned in the interim?

EK: It definitely has. Those songs were written at least a year before the EP was recorded, I feel like it’s impossible to have the same writing process. I think as you grow as a person and you go through things in life it changes the way you think about things as a songwriter and an artist.

EK: For me personally, I think a turning point album was Catfish and the Bottlemen’s ‘The Balcony’. I listened to that album so many times a day when it came out. I’d say the song “Homesick” always resonates with me. I just love the lyrics and it always reminds me of the first time I watched them live because it was the opening song in their set.

EK: I’ve had multiple incidents of me walking into a venue with my band mates with all of us holding gear and I’ll be the only one that gets asked for ID or asked for my punter wristband or something like that. A lot of times security have not actually believed that I’m an artist. It’s really frustrating. I’ve never let it slide – I’ve always questioned them and asked them why my male band mates didn’t even get a look when they’ve walked into the venue with gear.

EK: I think collaborating and touring with The 1975 would. We are all really big fans and have always loved every aspect of their band, from songwriting to visuals.

EK: I would probably say people just seeing everyone as the same without making pre judgements based

Posted in Interviews Tagged with: Eliza & The Delusionals, Eliza Katt