Royal and the Serpent – I’m Fine 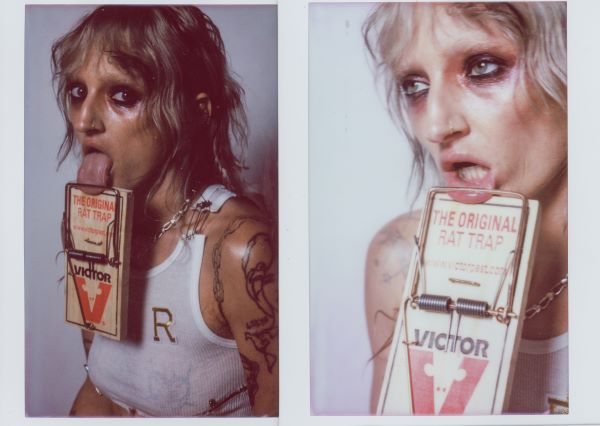 “IM FINE” marks the first single from the Los Angeles, CA-based artist’s upcoming 5-song project, Happiness Is An Inside Job, with new music to be released every Friday in October, culminating in the EP’s eagerly awaited release on Friday, October 28.

Royal says, “IM FINE” is the first chapter of the final EP of the series I’ve been building since 2020. We’ve been on a journey of self-discovery, mental health, love and loss, and are now searching for happiness. “IM FINE” is about faking it till you make it – forcing a smile on even when everything inside you is screaming. Maybe it’s not the best method, but sometimes it’s ALL WE’VE GOT!”

Royal & the Serpent will celebrate “Happiness Is An Inside Job” by traveling North America as direct support on Demi Lovato’s “Holy Fvck Tour,”

Posted in Videos Tagged with: Demi Lovato, Happiness Is An Inside Job, Holy Fvck, I’m Fine, Royal and the Serpent

Demi Lovato ft Royal and the Serpent – Eat Me

“Our team has had the privilege of working with Demi for the past decade, and we were thrilled to bring our partnership to the next level with an Official Live Performance,” says JP Evangelista, Vevo’s SVP of Content, Programming & Marketing, “Demi’s artistry is truly unmatched, and she has carved out her place in the industry. We really dug into the creative with Demi and collaborated throughout the entire process, she was incredibly intentional with the vision for the set and how we could elevate the vibe of her new music. Working with such an involved artist makes all the difference in these partnerships, and we really feel that it shines through on screen. These edgy performances are truly all Demi and better than ever!”

“My new album HOLY FVCK is a deeply personal journey that begins with pain and anger, and through this emotional release, the album concludes in a hopeful place of joy that allows me to take my power back from the very things that made me angry,” Demi states. “I knew I wanted to showcase my new music in a unique way for my fans, both visually and sonically. So when an Original Live Performance with Vevo was on the table, I immediately started to brainstorm creatively – the lighting, the room design, my look and outfits, how to incorporate our incredible female live band – all of it! The Vevo team made this vision a reality with me, and I hope my fans can feel the emotion and power through these live performances.”

Read FEMMUSIC’s interview with Royal and the Serpent here. 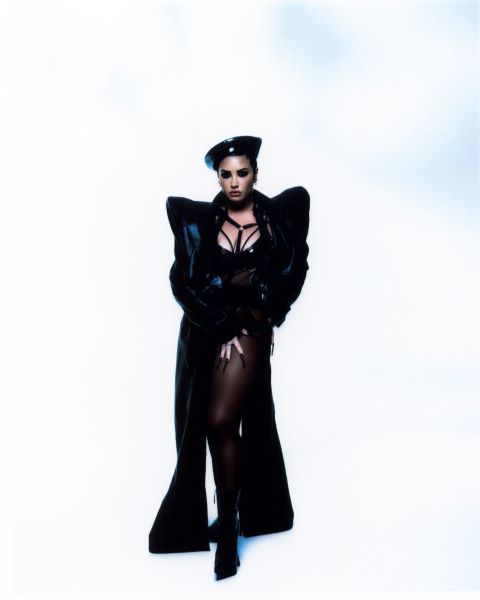 “When making HOLY FVCK, I wanted to explore the dichotomy between ideas and feelings we all face: good & bad, holy & evil, and anger & love. The album is a deeply personal journey that begins with pain and anger and concludes with me reclaiming my power. It gave me the freedom to express myself in ways I didn’t know were possible and find joy I’d been missing when making music. It’s cathartic and grounded, yet exhilarating and a hell of a good time. I don’t know where I’ll be in life in a year, or in five or 10 years – but what I do know is that this record is exactly where I am now, and I am damn proud of it. I hope everyone who listens is too,” states Demi.

Today she released the title track:

The 16-track album is a sonic journey grounded in their rock and pop-punk roots and illustrates an earnest yet tongue-in-cheek retrospective of their life experiences. HOLY FVCK includes previously released songs “29,” “SUBSTANCE,” SKIN OF MY TEETH,” and features from Yungblud, Royal & The Serpent, and Dead Sara.

“I’m so excited to share another taste of what’s in store for this album. We can all relate to searching for something more in life, and I want this song to make you feel like you’re having a damn good time while doing it,” states Demi.

The official music video, directed by Cody Critcheloe (SSION), nods to the late 90s and early 2000s pop-punk music videos but with a modern twist. The visual sees Demi alongside a motley posse have a blast while wreaking havoc throughout nostalgic scenes at a diner, house party, and ultimately end with a final irreverent bow on a red carpet.

Demi Lovato – Skin of My Teeth 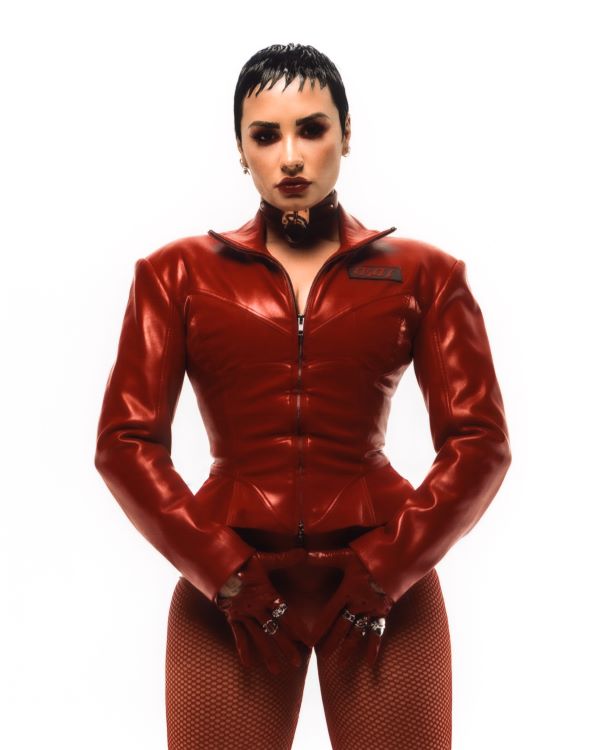 GRAMMY-nominated global superstar Demi Lovato has announced their 8th studio album, HOLY FVCK, will be released on Friday, August 19, 2022 via Island Records. The 16-track album is a sonic journey grounded in Demi’s rock and pop-punk roots and illustrates an earnest yet tongue-in-cheek retrospective of their life experiences.

“The process of making this album has been the most fulfilling yet, and I’m grateful to my fans and collaborators for being on this journey with me. Never have I been more sure of myself and my music, and this record speaks that for itself. To my Lovatics who have been rocking out with me since the beginning and those who are just now coming along for the ride, thank you. This record is for you,” states Demi.

The album’s highly-anticipated lead single “Skin of My Teeth”, is out now. 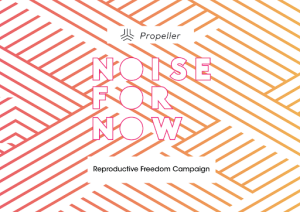 Digital marketing platform PROPELLER works at the crossroads of culture and social good and have teamed up with NOISE FOR NOW to launch a large-scale fundraising and awareness-raising campaign in support of Reproductive Rights. The campaign features artists offering one-of-a-kind prizes to incentivize fans to stand up and take action including Bon Iver, Daniel Rossen of Grizzly Bear, Demi Lovato, IDLES, St. Vincent, Tove Lo and Yeah Yeah Yeahs, with additional artists to be added in the coming weeks.

NOISE FOR NOW’s Reproductive Freedom campaign will raise money for the already overburdened heroes on the ground: Independent Reproductive Healthcare / Abortion Clinics (Keep Our Clinics –https://keepourclinics.org ) and Abortion Funds (National Network of Abortion Funds –https://abortionfunds.org ), as well as the Center For Reproductive Rights – https://reproductiverights.org who will be the legal defense in the Supreme Court case challenging Roe v. Wade this fall.

The artists participating in the campaign have generously offered prizes including:

Look for additional artists and items to be added in the coming weeks. In addition to artist prizes, music fans can support Noise for Now by purchasing one of their signature 1973 Pro Roe Tee for Reproductive Freedom –https://propeller.la/rewards/18903/1973-pro-roe-tee-for-reproductive-freedom  All proceeds benefit Noise For Now’s Reproductive Freedom Campaign with the organization retaining 10% of proceeds to help cover operational costs.

Delacey – Boy With The Blues

Delacey has written some of the biggest hits including “Without Me” for Halsey, and “Unstable” for Justin Bieber. Now she is releasing her sophomore solo album The Girl Has A Dream out August 6. Joining Delacy on the album was Ido Zmishlany, a frequent collaborator who has also worked with Shawn Mendes, Camila Cabello & Demi Lovato.

The lead single off the album is “Boy With the Blues”

“Although ‘Boy With The Blues’ is very personal and about my very real relationship, it has a greater message that I just love. Not only accepting someone’s darkness but really loving that part of them. Adoring them to the point of feeling like they could do anything and you’d still love them… which is both beautiful and toxic in such a phenomenal way to me.”

Posted in Videos Tagged with: Boy With The Blues, Camila Cabello, Delacey, Demi Lovato, Halsey, Ido Zmishlany, Justin Bieber, Shawn Mendes, The Girl Has A Dream, Unstable, Without Me

Liberty moved from Dallas to California to attend Septien Entertainment Group, a boot camp whose alumni include Demi Lovato, Selena Gomez and Kacey Musgraves. She impressed her vocal coach Remington Fafael enough that he produced her first two tracks. Today she releases “Tattoo” which deals with the growth from child to adult and the judgements she faced pursuing her dream.