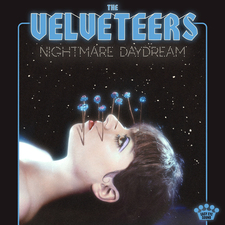 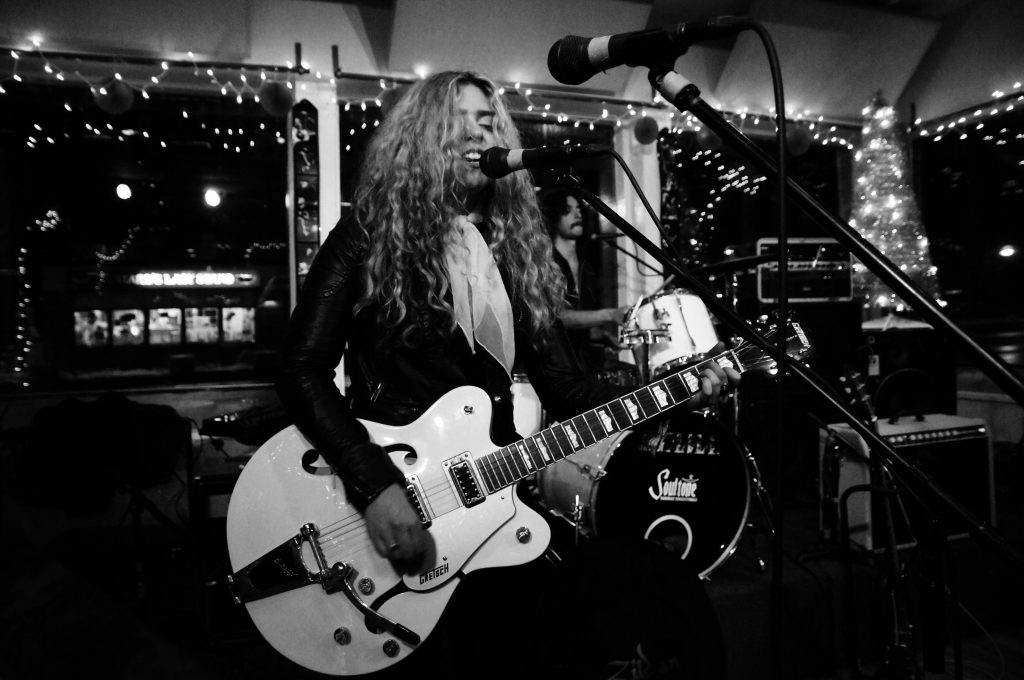 One of the innovative new bands to come along in the Denver scene is The Velveteers. This 2 piece is comprised of Demi & Jack Demitro. Their music is heavy rock in the vein of AC/DC and Sleigh Bells. Last year they toured the UK with Deap Vally. They are now working on their first EP.  Look for them at the Denver Deluxe Festival on June 17 and at this year’s Westword Music Showcase on Saturday June 24. For info visit https://www.facebook.com/TheVelveteers & http://www.denverdeluxe.com/ &  https://www.westwordshowcase.com/
FEMMUSIC: Can you describe your songwriting technique?
DD: I don’t think I have a technique. It’s just kinda something I do and
every single time it’s different. The most important thing is liking
what you do, and I’m lucky because I absolutely love writing music. I
usually keep a general rule of thumb; If a song can’t move me, its not
gonna move anybody else.
FEMMUSIC: I understand you’re recording now. Will this be an EP or full
album? What has been the biggest challenge so far?
DD:It’s gonna be an EP. We can’t wait to release it. There hasn’t been
any challenges, its been smooth sailing.
FEMMUSIC: Are you using a producer for this project? How did you find them?
DD: On NYE we got to open for one of my favorite bands, Rose Hill Drive.
Daniel Sproul (guitarist of RHD) ended up really liking our set, which
was like the biggest complement ever. The next day Daniel reached out
and said he really wanted to work with us and produce us if we’d be
into it… one thing led to another. Daniel just gets us, and I think
it’s a perfect fit. I’m not really into working with producers because
I always have a pretty clear idea about what I want…But when you get
the opportunity to work with one of your biggest heroes, its a no-
brainer.
FEMMUSIC: Last year you toured England with Deap Vally. How did that tour come about?
DD: We played our 3rd show ever with Deap Vally at Larimer Lounge. They
ended up digging us and reached out to do more stuff. We stayed in
touch and I sent them a couple of demos, which then led them to
inviting us on tour. When I first stared playing guitar one of the
first songs I learned was a Deap Vally song… I remember we were just
honored to open for them at Larimer Lounge let alone think they’d want
to work with us or tour. The whole experience came full circle was
super surreal.
FEMMUSIC: What was the biggest challenge touring the UK? What do you wish you
knew before the tour, that you learned during it?
DD: I think in general it was just scary and exciting. It was our first
tour, ever. Not to mention both of our first times leaving the USA. We
were super lucky to be surrounded by so many awesome crew members not
to mention the people are in the UK are really into heavy music too,
so every show was crazy and the audiences were great. I think one of
the biggest challenges was the time change. The first few days we were
so messed up, It really took its tole… especially when we started
playing shows. We we got back to the USA I probably slept for 5 days
straight. 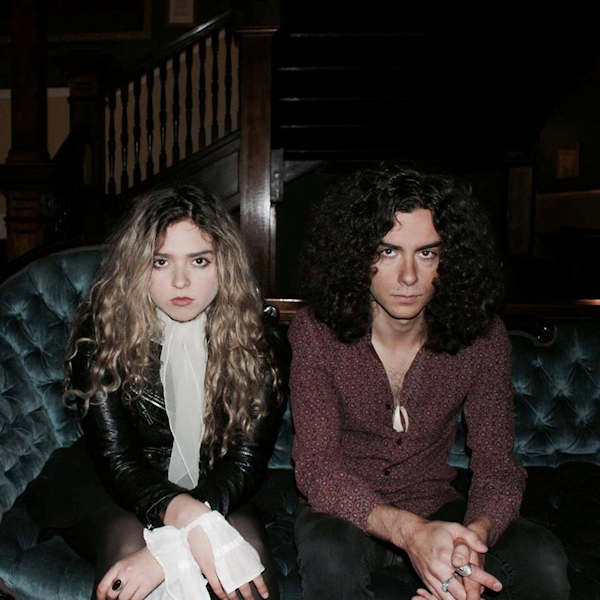 FEMMUSIC: As a woman in the music industry have you been discriminated against?
DD: Yes. One thing I get a lot is ” Wow, I can’t believe you are a girl
and know how to play the guitar”. I think also the fact that I’m young
and a female makes people think I’m naive. Its funny to see peoples
assumptions because they are usually way off.
FEMMUSIC: Whom would you most like to tour with or collaborate with?
DD: Queens of the Stone Age.
FEMMUSIC:  What one thing would you like to change about the music industry?
DD : What really bothers me is when it starts becoming more about the money
than the music. We play music because its fun and that’s where our
hearts are. We will never be playing music for any other reason than
that. I know other people including myself who have been taken
advantage of by people who just want money and to screw you over…
Especially when people think you are naive cause you are young. You
just have to be really careful. The business side just depresses me,
but its an important side of being a musician that you have to be
aware of.