I.M. Yoni – Mexico – I.M YONI is a group of creative women from different parts of the world, based in Mexico City who got united to address gender equality throughout art. The collective was formed by a musical group that produces original songs in Spanish and English within the genres Funk, R&B, Dance, Pop amongst others. https://m.facebook.com/imyonimusic/?ref=page_internal&mt_nav=0

Lydmor – Denmark – Lydmor is Jenny Rossander. Lydmor is a Danish electronic songwriter, musician and multi-artist unlike any other. Her unique skillset creates an output where everything is possible. Every work of Lydmor’s is its own, developed with an intense artistic drive. Lydmor is also a feminist, a fighter for women’s rights and for equality in the music industry. She stands up to sexism and tries to redefine the general mindset that sexually objectifies female artists – e.g., by taking part in the public debate on feminism and through her weekly show on National Radio (DR). She recently released her 4th album Capacity. https://www.lydmor.dk/

Possimiste – Iceland – Leeni Laasfeld launched her career in 2011 with the song “The Flight of Lulu.” A decade later this artist will release her debut album Youniverse. https://www.possimiste.com/

Sopio T – Tsblisi, Georgia – Sopio Toroshelidze music has a grand quality influenced by her education in both music theory and as a choir conductor. She runs a school for music and choreography. Her latest project is Sopio T will the singles “Metamorphosis” and “Insomnia.” https://www.instagram.com/sopio_t/

Sutari – Warsaw, Poland – Sutari is a 3 piece all women folk band.  They have played WOMEX and KEXP and have 3 albums out including their latest River Sisters. https://www.facebook.com/sutarisutari

Vero – Chile – Veronica Quezada and Sebastian Mancilla plays folk pop with Ukelele. They are working on a new LP Cartografia and and an EP of boleros called Otrxs Canciones, where she expresses, in an intimate and critic way, how it is to live in the 21st century as part of the LGBTIQ+ and feminist community. https://www.facebook.com/verocomomiro

Voice of Baceprot – Voice of Baceprot is a 3 piece hard rock act from Indonesia. It is an all women act. In 2018 they released “School Revolution.” They are working on new music now. https://twitter.com/baceprotvoices

Allydice  – Mississauga, Ontario –  This hip-hop group of twin sisters Kayla & Kayle Allydice graduated in 2018 with degrees in Criminology. Their single “White Tears” is a call to action in the age of Black Lives Matter. They are working on their first EP. https://www.instagram.com/allydicetwinz/

Nova Rose – Montreal, Quebec – Nova Rose is an indie pop artist who has been releasing singles galore recently including “Need Me”, “G.L.I.T.R.”, and “Cause You Make Me Feel Like.” http://bynovarose.com/

Odreii – Montreal, Quebec – Audrey Laurencelle is Odreii. She has played SXSW and opened for Wyclef Jean. The single from her debut album Sweating Gold is called “Heat.” https://www.odreii.com/

Shawnee –  Edmonton, Alberta – Shawnee Kish is a Canadian Mohawk Two Spirit singer/songwriter. She is driven to help her Indigenous community at the same time affirming her identity. Her songs include “Warrior Heart”, “Mirror Me”, and “Got It Bad.” https://www.instagram.com/shawneekish/

Still Eighteen – Toronto, Ontario –  Still Eighteen includes former Platinum Blonde and Trixie Goes Hollywood frontman, Joey, as the lead vocalist and guitarist, alongside his wife Karen on drums and their daughter Samantha on bass and vocals. Still Eighteen was fortunate to be able to finish their European tour just before the borders closed in March 2020. They performed in Italy, Switzerland, and Austria, headlining at some awesome venues! Since the pandemic, the band has been actively writing and recording new music and also had the exciting opportunity to be actors in a major Hollywood movie, (“Shotgun Wedding”) acting alongside Jennifer Lopez, Josh Duhamel, Lenny Kravitz, Cheech Marin & more! They have released 2 singles based on the pandemic: “I’m Finding It Hard to Believe in Something”, and “Tomorrow.” https://stilleighteen.com/

Yarro – Toronto, Ontario – Eliza Bronte graduated from the National Theatre School of Canada’s acting program. She has worked in theatre and film. It was songwriting that got her through dark times. Her debut EP Reset came out in March 2020. https://www.instagram.com/_yarro/channel/?hl=en 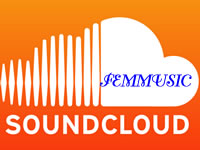