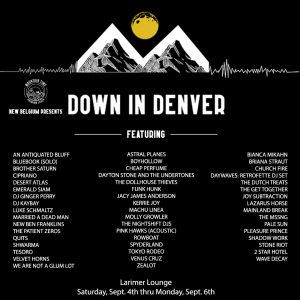 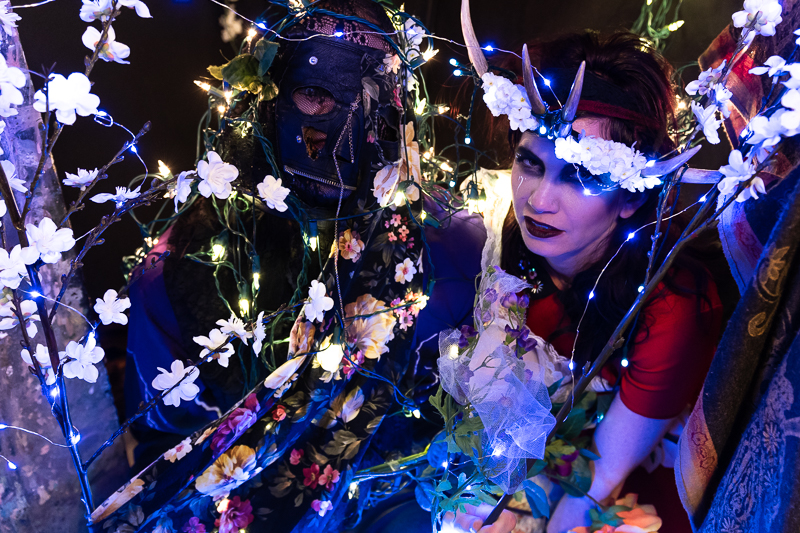 Noise. Scream. Growl. Thunder. To describe Church Fire is to give a thesaurus a workout. This Denver 2 piece is a live performance that comes on stage and tears apart convention. The bass levels are so low sometimes you know it is being registered on a seismograph. The music itself can vary from being heavenly to devilish in a beat.
The band began in 2013 and has been on a high trajectory to the top in a short time. Webber came from Dangerous Nonsense and is known for working with groups from Girls Rock Denver & Titwrench. Before this interview was set, Church Fire was booked to play Titwrench Stockholm. Church Fire will be playing at the 303 Music Festival on May 17. For info visit https://www.eventbrite.com/e/303-music-fest-tickets-42925745059 & https://churchfiremusic.com/
NOTE: This was done as an e-mail interview. Only in the places specified was there a definitive separation between Shannon & David. For that reason, many of the questions are answered as CF: Church Fire.
FEMMUSIC: Can you describe your songwriting technique?
CF: David writes music every day and Shannon writes words.  David shares his music with Shannon and her reaction dictates which songs we pursue.  Together, we join David’s music with Shannon’s diary entries and craft the flow and structure of our songs.
FEMMUSIC: Your live shows are very theatrical. Do you take on a different persona when performing? How would you describe that persona?
CF: David is the church and Shannon is the fire.
Shannon: I definitely feel like I enter into a different persona/realm when I perform.  I really can’t help myself.  No matter how I’m feeling, I just slip into something new on stage.  In Dangerous Nonsense, we would put together elaborate costumes for each performance and, while dressing up assuages my stage fright by allowing me to separate myself from the audience/real world, I also find power in embodying the experience.  The music takes me over.  I’ve always been a little dramatic, was involved in theatre a lot in high school, and I absolutely love performing.  I find it much more difficult to break the fourth wall on stage and actually talk to people.  I would love to just creep on stage from the darkness, shout my diary at everyone along to David’s dope beats, and then slink back into the darkness without having said a word or shown our faces much at all during the performance.  It feels powerful to step into a world that David and I have created, to feel possessed and just let myself manifest whatever ends up flowing through me.
I wouldn’t necessarily say there is a specific persona I’m “going for,” but there’s something primal in getting swept away in music, anger, inspiration, and so I let myself do that.  It’s really the only way I know how to be on stage.  If I break “character,” I just end up embarrassing myself or saying something inappropriate/forgetting what I was going to say and my nerves get the best of me.  It is a spiritual experience to slip into these other dimensions we create together and really own the power of letting go – and our live performances have become one of our greatest strengths.  When I’m captivated, it allows others to be captivated as well.  Also, I have never been the best, most accurate singer and I am not a graceful person.  I’ve found so much strength and freedom in letting myself be the weirdo that I am instead of trying to fit into an arbitrary mold of someone else’s imposed sense of perfection.  In turn, being ourselves and expressing ourselves in our authentic, weird ways makes us a unique band.
We’ve been described as riveting, and I have come to understand that there is a real need for people to see women being powerful and ugly.  I don’t mean ugly as a slight here, but I am not concerned with being easy on the eyes/ears.  I am disturbed and angry.  Our anger is powerful, and our power is beautiful.  For me, seeing women truly hold space in anger, ugliness, power and rawness feels existentially necessary.  That’s where I go when I perform. 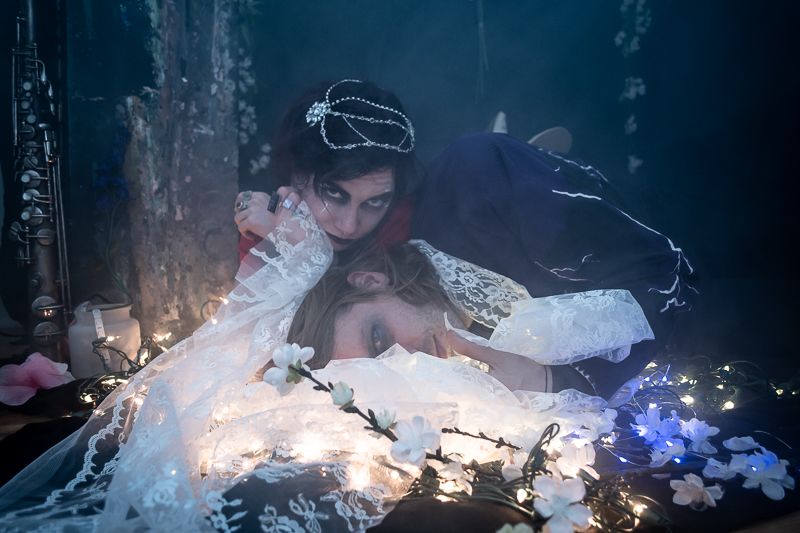 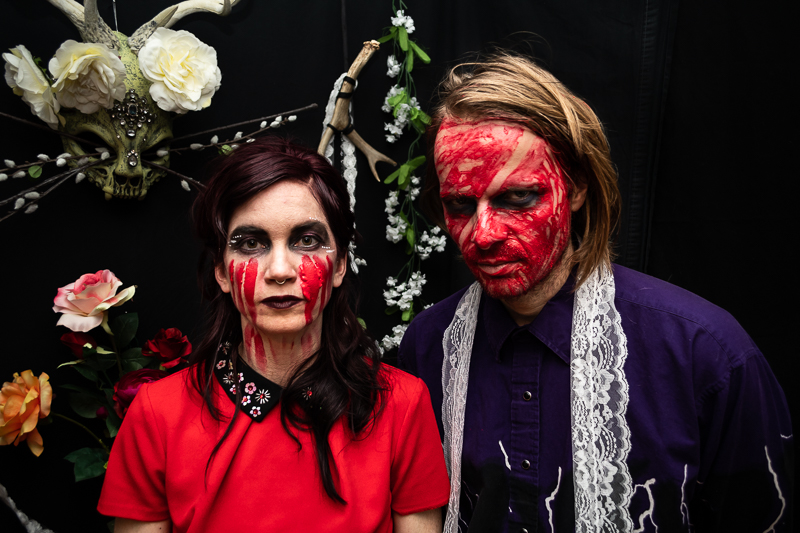