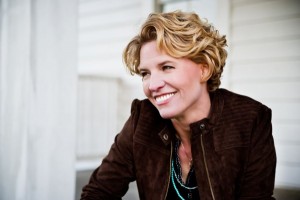 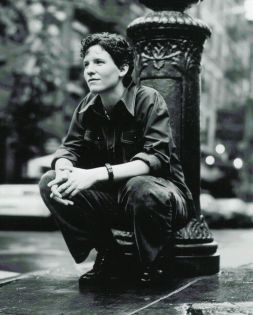 The Soiled Dove was packed Wednesday when Maine’s own Catie Curtis returned to Colorado. The last time Catie had played Colorado was last Fall opening for Joan Baez. This time she came with a band, and a new CD, Rykodisc’s A Crash Course in Roses.

The audience was filled with ninety-five percent women as Karen Capaldi shyly took to the stage. Karen, is a Colorado original acoustic artist. Dressed in black with blonde hair Karen dived into her set.

Karen has two CDs out already, and told the audience she is working on a third. Many of her songs were new including “Let Me Tell You a Story” a story song on abuse. “Float Into The Air” is a new love song with uplifting lyrics. “Crime of Breaking Hearts” was perhaps the most striking of the new songs. It focuses on wars, holy and emotional. Karen’s set was marked by a constant tuning of guitar  she used the time to develop a rapport with the audience. Look for Karen’s new CD when it comes out.

When Catie Curtis took to the stage the crowd was ecstatic. Curtis a traditional folk singer had a new confidence, and a slightly different feel for this tour. She began the set with “100 Miles.” She followed that with “Memphis” a “song autobiographical in every way but the facts.” The next song was “Wise to the Ways of the World” a song Curtis characterized about being about the over stimulation by the media.

Later, as the set continued, Curtis introduced the band. The band was Kris Delmhorst on violin. Delmhorst is an East Coast acoustic musician of her own right. Sean Staples was on mandolin, and Mark Peterson made up the rest of the band on bass. Both Curtis and the band were very relaxed with each other having a subtle, joking chemistry between them.

The set continued with Curtis interjecting anecdotes between songs on everything from a French review, her hometown, the naming of instruments and a particularly funny story involving Hurricane Floyd.  The set was filled with songs from new CD including “Roses”, “What’s the Matter”, and “I’ll Cover You.” Curtis also played songs from her other CD’s including “Troubled Mind” and “Radical.” Curtis was willing to field requests from the audience, and gave off as much energy as they put out.

The night ended with Curtis doing “Magnolia Street” as the last of a three song encore. Curtis has matured in her style, and is at home on the stage. Curtis is already on a high point in her career, and FEMMUSIC expects to see her there for a long time to come.