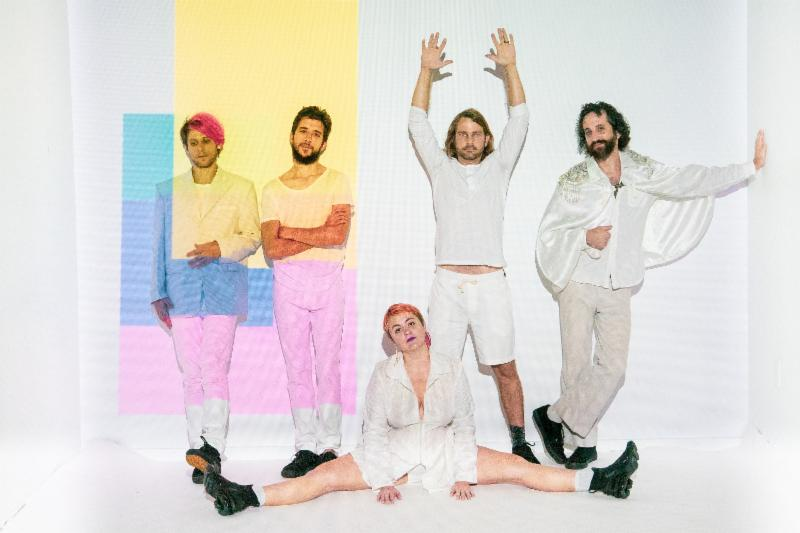 Austin band Calliope Musicals fits their name. They are a hurricane of music and motion. Their music has a kinetic quality all its own. They are releasing Color/Sweat on June 14. The album includes the singles “Fear This Body”, “That’s Why We Dance”, and “Cosmic Poison Arrow.”

The songs reflect on the touring life. FEMMUSIC was able to talk with Carrie Fussel about the new album. For info visit https://www.facebook.com/CalliopeMusicals/

CF: For the first time ever, I would say there weren’t any challenges. We took a very “yes, and” approach to this record, and for us, this was a total adventure. I guess it was challenging at times to lean into our intuitions and trust the path but mostly just lots of fun.

FEMMUSIC: Tell me about working with Frenchie Smith. Why did you choose him as producer? What did he bring to the project?

CF: Frenchie Smith is one of the most magical producers I’ve ever met. Working with him is such an adventure. During tracking, his involvement ranged from playing preamps like an instrument, to choosing the perfect Eddie Van Halen photo to inspire a moment, to laying down guitar, to making “Cosmic Poison Arrow” word clouds, to giving us the perfect visualization of how something needed to sound. He would always encourage the weird ideas–smug robots, abundant use of roto toms, jerry bombs–and give us the time to explore them, and he would always encourage and empower us on our instruments. In the mixing phase, he is obviously a master, and brought these songs, that risked being overcrowded, into a beautiful, perfectly arranged space. Beyond that, he has put time and effort into developing our career outside of recording. It’s so inspiring to work with someone who obviously cares so much about what they do and the people they work with.

FEMMUSIC: Tell me about Rhyme & Reason. What made you decide to work with them on this album?

CF: Emmy’s exciting energy and experience with left of center bands was a big draw for us, and she has lots of big ideas. It’s especially cool to me to be signed to a female owned label, and especially one with such a diverse roster.

FEMMUSIC: Tell me about the songs on this album. I understand you wrote a lot while touring, as well as bringing demos to the band. How was that different from Time Owes You Nothing?

CF: My personal songwriting skills grew a lot from TOYN to now, so when we were writing for that album, I was a lot more reliant on the group to create a song, and I didn’t always have a vision for the final version. Now, I am more inclined to envision the final product in the earlier writing phases, and so the ultimate production goals definitely end up shaping how the song is written. New spaces and environments always inspire me, no matter where, and that is definitely one of the things that TOYN and Color/Sweat have in common.  There are songs from New York, Milwaukee, Chicago, Saint Louis, and Barton Springs here in Austin.

CF: Lots of guess and check, lots of putting my fingers in strange places and following it, lots of crying, lots of poems. I have been doing a lot with my Boss RC 300 pedal. So often I’ll play a progression or little ditty on guitar, record it, and let it play while I close my eyes and sing over it. That way I’m getting the solid structure of the guitar part, but able to explore and take risks with my voice, like in “Up to Eleven.” It’s been a huge factor in my songwriting growth. I also come up with songs while I go for walks, like in “Golden Clouds.”

CF: Hmmm. I really have been loving Miya Follick lately. She has a really special way of letting her voice be so free, but it has this insane control. Like it goes totally insane, but within a certain set of boundaries. “Premonitions” was the first one that really grabbed me. The melodies are so unique, yet pop. I love it so much and I’ve probably listened to it over 100 times since the first time I heard it back in February. 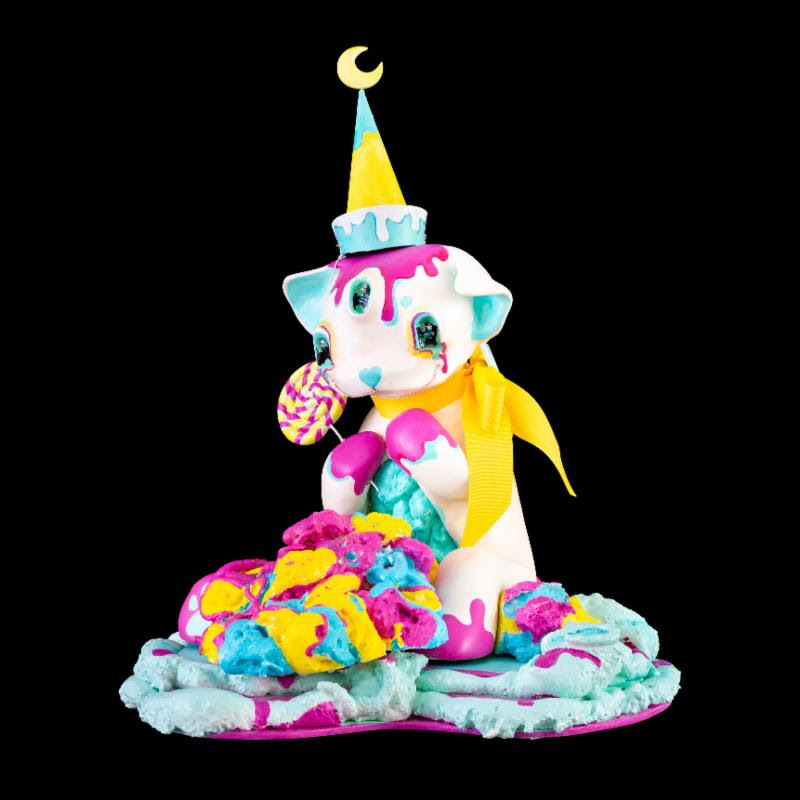 CF: For me, it has been being taken seriously. I work really hard, I lift heavy stuff, I sing through my tears and turn them into power, and yet some people will still look at me and see me as secondary to the dudes in my band. They’ll assume that I’m “traveling around with the band” or selling their merch, or that I don’t know how to operate my gear properly or  that I’m with one of the guys in the band and that’s how I got here. They’re always embarrassed and faced with the origins of own misguided assumptions when they realize that this is a project that I started for which I do most of the back end work. Right now, I overcome it by doing my best work and hoping that peoples’ treatment of me reflects that.

CF: Ummmmm dream collab would be Jeff Lynne + Calliope Musicals making my long imagined rock opera Girl with Saturn for a Head. Second dream collab is Ecstatic Union from LA–I wanna collab with them on a giant bus where we tour and change the tone of the world using music as our super power.

CF: I mean, anything I would change about the music industry, would be a change that happened in the world at large, and as a result trickled into the music industry. Women/non-binary folks and women/non-binary folks of color should have the same starting lines as cis-men, and they just don’t. We are expected to be twice as talented to receive the same amount of respect (compensation/praise/placements) as men, and for people of color, that expectation is even greater.