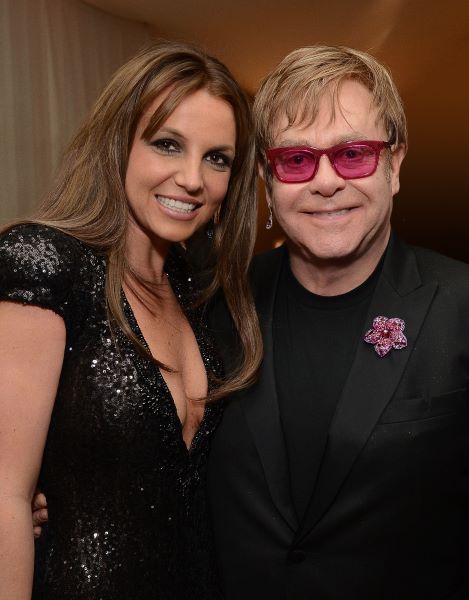 Posted in Videos Tagged with: Cardi B, No Love, Summer Walker, SZA 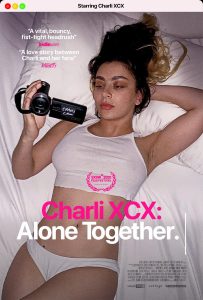 GREENWICH ENTERTAINMENT PRESENTS CHARLI XCX: ALONE TOGETHER – AN INTIMATE PORTRAIT OF ISOLATION, CREATIVITY AND COMMUNITY – IN THEATERS AND ON-DEMAND ON JANUARY 28

Opening in select theaters and on-demand January 28th, Charli XCX: Alone Together, a new documentary film presented by Greenwich Entertainment and starring and executive produced by Charli XCX, exposes the international pop superstar’s inner self in ways that have never been seen before.

When Los Angeles announced a five-week stay at home order in the early days of Covid-19, Charli announced to her ‘Angels’ online fan community that she would create a new album from scratch during that time. Directors Bradley & Pablo (Lil Nas X, Dua Lipa, Rosalia, Kanye West, Cardi B), were so inspired by the announcement that they proposed she document the process for what would become their feature-length film debut. Over 39 days of shooting, Charli amassed some 5000+ clips which required over a year of editing. The result is Alone Together – an intimate portrait of creativity and community which has already been hailed as “a love story between Charli and her fans” (Variety) and “an intimate examination of community in a time of isolation” (The Wrap).

From the outset, Charli opened up to her Angels, creatively and emotionally. As she was making what would become her 2020 album how i’m feeling now, she collaborated with them on selecting lyrics, the album’s cover, scenes for her music videos and more. She also opened up to those fans – many of whom identify as LGBTQ+ and face stigma and feelings of alienation on an everyday basis – about her own struggles. In the process, she gained a new understanding of her emotional limits and mental health issues.

By the end of the film, what starts out with uncertainty blossoms into a statement of strength, hope and completion and a project that had started with one person’s idea had grown to touch the lives of thousands.

“The film solidified what we already knew about Charli: she is a true innovator,” say directors Bradley & Pablo. “She saw an opportunity to experiment and that drives her artistically. Her boldness to create during this time was incredibly inspiring.”

“We hope that audiences walk away seeing the value of human connection and the importance of community. We live in a highly individualized society but we have seen that as human beings we thrive when we work, talk, move, love and support collectively. For both Charli and the fans, we see the power of togetherness to heal and creatively push boundaries during an incredibly difficult time period.”

Posted in Videos Tagged with: Cardi B, Lizzo, Rumors

Normani ft Cardi B – Wild Side

Today, multi-platinum selling and chart-topping recording artist Normani returns with “Wild Side” featuring Cardi B. The track drops alongside a jaw-dropping Tanu Muino-directed visual (recently directed Cardi B’s “Up”) choreographed by the renowned Sean Bankhead, who also choreographed Normani’s “Motivation” video – an iconic visual ode to the late 90s-early 2000s – and her MTV VMAs performance. This latest visual showcases Normani’s signature, sleek dance moves, her versatility with fashion and how she continues to be at the top of her game.

Speaking about the new track and working with Cardi B, Normani reveals,  “I had already been in rehearsal for about three weeks preparing for the video when Cardi heard the record for the first time. She really showed up for me and brought this record to life by simply doing what Cardi does best. I love that woman down and I’m forever grateful.”

Posted in Videos Tagged with: Cardi B, Normani, Tanu Muino, Wild Side

Posted in Videos Tagged with: Cardi B, Up

Cardi B – Be Careful

Posted in Videos Tagged with: Be Careful, Cardi B

Posted in Videos Tagged with: Bartier Cardi, Cardi B

Posted in Videos Tagged with: Bodak Yellow, Cardi B