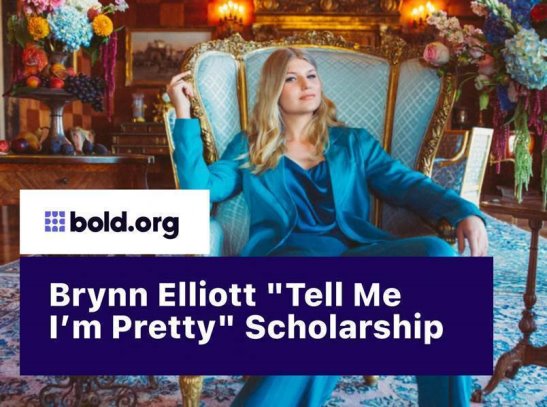 Brynn is fresh off the release of “Tell Me I’m Pretty,” the powerful song behind the scholarship’s name.

Brynn Elliott is celebrating today’s announcement of the “Tell Me I’m Pretty” scholarship in partnership with Bold.org, an organization that works to eliminate student debt and democratize philanthropy. The $500 scholarship is geared towards ambitious women, and was inspired by the women in Brynn’s own life. Learn more and apply HERE: go.bold.org/Brynn

“I wanted to do this scholarship to encourage and empower women in WHATEVER they choose to set their mind and hearts to,” says Brynn “because I truly believe that what we do in this life and how we live is our access point to beauty. It could be going to school, starting a small business or creating art. Humans living out their purpose and dreams is what it’s all about. This scholarship is specifically for women because I know how much the women in my life have inspired and encouraged me to do that to which I am called. I would love to do the same for other women.”

Posted in Videos Tagged with: Brynn Elliott, Internet You 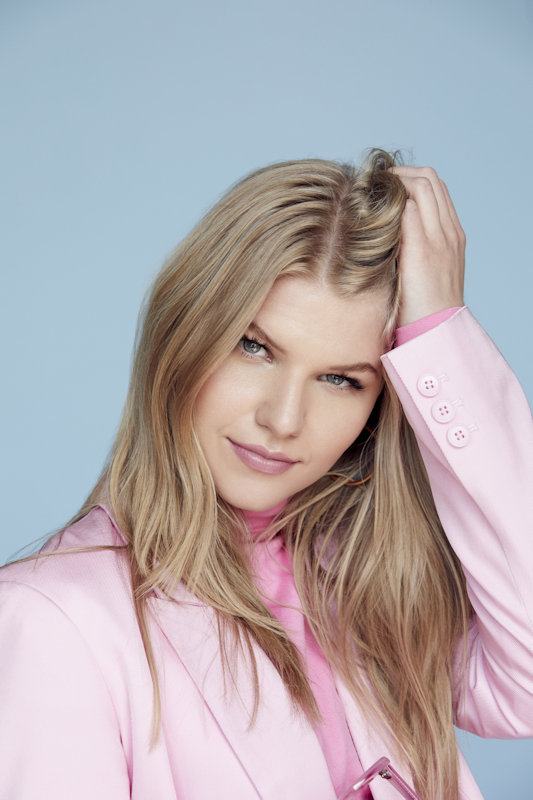 What do you do after graduating Harvard University? Dive into the music world full force. It helps if you’ve been touring through college and music has been part of your life. Ask Brynn Elliott whose debut EP Time Of Our Lives comes out today, September 7, 2018. Elliott worked with Nathan Chapman to make the EP which features songs “Miss You”, “Internet You”, “Tongue Tied” and the empowering anthem “Might Not Like Me”
Look for her national TV debut on Live with Kelly and Ryan on September 28. For info visit https://brynnelliott.com/
FEMMUSIC: What was the biggest challenge making “Time Of Our Lives”?
BE: That song came from a pretty challenging session where I was really trying to hone in on what my “sound” was. I concluded that my “sound” is just writing good songs and seeing where the production takes us from there. The song is about embracing the moment and not worrying about the future – and I think one some level that’s what you have to do in songwriting – not overthink it but be in the moment and write from your heart and let all the other stuff work itself out.
FEMMUSIC: Tell me about working with Nathan Chapman. What did he bring to the project? How was he to work with?
BE: He is an incredible producer and songwriter. And he was truly passionate working with me to write my story into the songs. He’s family. I love working with him.
FEMMUSIC: You’re signed to Atlantic Records. What made you decide to sign with them? What benefits to they bring to the project?
BE: My junior year of college some labels started to reach out to me. Nothing was really fitting. And then last year I met Carla Wallace of Big Yellow Dog Publishing, who published Megan Trainor and Maren Morris. She just really understood me and where I was coming from and she introduced me to everyone at Atlantic and we did a joint publishing/label deal all together. Atlantic is just terrific. I feel so supported as an artist. They really want to promote my voice and my art. And so I felt like I could really be myself and find a home at Atlantic. My team is full of the most incredible people and I feel so honored to be working with them! Julie Greenwald is my hero.
FEMMUSIC: You’re newly graduated from Harvard. Tell me about how your education has influenced your music? Tell me about the choice to jump into music as the career after graduating?
BE: School and music have always gone together for me. In high school, I was learning about the California Gold rush and I wrote a song called “Gold Dust.” And when I found out I was going to college I was really adamant that I would take those four year to build up a bank of songs. And many of my songs have really been inspired by what I was learning in the classroom – for one class I wrote an entire EP for our final project. It was a science class called “The Einstein Revolution” and I wrote an entire EP as if Einstein wrote pop music.
I really made the choice to pursue a career in music before starting college. I applied to Harvard twice – didn’t get in the first time. And after that experience I took a year off from all things school to pursue my music and I got an opportunity to open on a tour and after that experience there was really no going back. I committed to being an independent artist throughout college – I literally took every opportunity I was offered to play and I ended up playing over 260 shows in college. So I was pretty determined to still pursue that after college – and I am so grateful to be doing that now!

FEMMUSIC: Can you describe your songwriting technique?
BE: Sometimes the melody comes first, sometimes the lyrics – but it always starts with an idea or a concept. I think that’s why I draw so much inspiration from philosophy because philosophy and pop music are really after the same thing – concisely explaining those universal ideas and experiences that we have as human beings.
FEMMUSIC: What song (not your own) has had the biggest influence on you and why?
BE: “The Story” by Brandi Carlile – the first time I heard that song it changed my life. It is just such a powerful song describing the experience of being in a relationship and Brandi’s voice truly changed my life and opened up this whole world to me of what a voice could do.
FEMMUSIC: As a woman in the music industry have you been discriminated against?
BE: I am grateful to say I haven’t. I have worked really hard to work very hard to surround myself with true professionals who are passionate about my music and career.
FEMMUSIC: Whom would you most like to collaborate with, or tour with? Why?
BE: Ed Sheeran! I am such a fan of his songwriting and I would be so honored to open the stage for him!
FEMMUSIC: What one thing would you like to change about the music industry?
BE: I would say that this business is constantly changing and I am are trying to be as adaptive as possible.