July 31st, 2018
Opening for The Cult, Stone Temple Pilots, and Bush
For info visit https://www.redrocksonline.com/
BONES is a London band now LA based made of Rosie Bones and Carmen Vandenverg. BONES has been labeled everything from hard rock to alternative. They are a band that defies labels with a sound called “Future Rock” that blends rock and blues in a gritty aggressive combination. They first caught our attention with the video “Beautiful is Boring”
The band made an impact at SXSW and plays Lollapalooza before this show. They are known to everyone from Jeff Beck to PVRIS. For info visit https://www.bonesuk.com/
Rosie Bones – interview by Alex Teitz
FEMMUSIC: You’re originally from London and now live in the US. I spotlight some of the Music Venue Trust events. I was curious of what you thought of the London venue scene. What do you see done differently in the US?
RB: There’s more rain. It’s generally a little grottier and fuller. More fights and pints.
FEMMUSIC: You worked with Jeff Beck on his album Loud Hailer. How was it to work with him? What were the biggest challenges? Is Beck reciprocating by being involved with your album? What is the best thing you learned from him?
RB: Jeff came to see BONES play when we first started the band. And then he took us for an Indian meal, said he had a tour with ‘Buddy Guy’ booked, and needed an album to support the tour. So we went to his house for 3 weeks and wrote Loud Hailer. It was a very easy, relaxing and fun experience. Lots of booze and open fires.
The best thing we learned from him is to continue taking risks no matter what age you are. Never sit back in the arm chair. He had no need at his age to work with an unknown couple of twenty-somethings. But he did. And that’s rock and roll. He’s a bad arse. 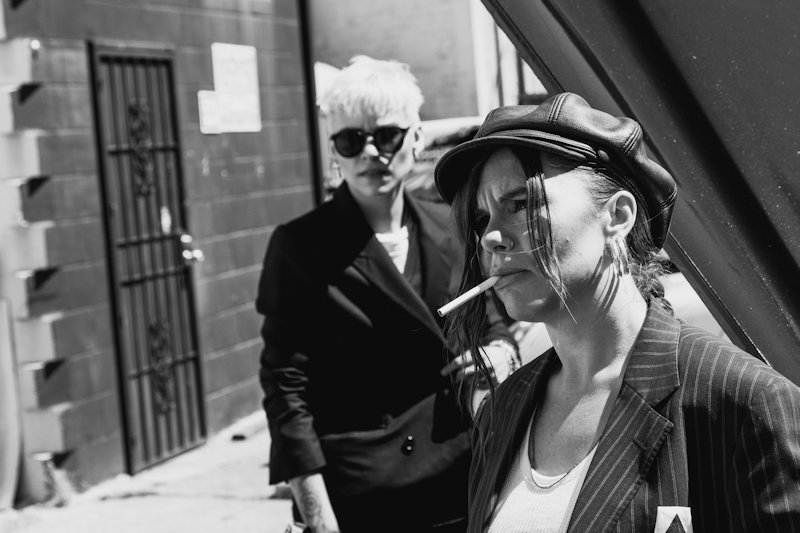 FEMMUSIC: Let me ask you about your style of music. You’ve called it “Future Rock.” When I saw you live I was amazed how much blues is in it. I understand Rosie has more of a rock background, and Carmen has more of a blues. How does play out in your creative process?
RB: We just bash brains together and see what comes out. Lets us be instinctive and exciting.
FEMMUSIC: Rosie, besides designing all the band merch, you also have done some other visual art projects. How does the visual art mix with the music? When you are creating music do you “see” it with a visual memory?
RB: Yep. I always see with a visual memory. I’ve usually got an idea of what I want the video to look like while we’re writing the song. The whole ‘BONES VISUAL WORLD’ is so important to us. I enjoy creating it very much.
FEMMUSIC: I’ve noticed in other interviews you shy away from calling yourselves feminist, or portraying a specific platform. Your songs are empowering, and your videos are thought provoking. Since you avoid terms like feminist and platform, do you see them being a negative to being an artist today? Why or why not?
RB: We just don’t want to be seen as a ‘girl band’- we’re a band… with two girls in it.
It’s like as soon as you are putting that label on yourselves you’re adding to the problem. Feminism is about EQUALITY. As soon as you start separating the girls and the boys into different clubs, “‘boy bands’ over here and ‘girl bands’ over there”, you’re creating another imbalance. The ‘girl bands’ are just getting compared to the other ‘girl bands’ and that’s just not the level playing field that we see our kind of ‘feminism’ manifesting itself as. We want to be in the ring with EVERYONE scrapping it out. Best man/woman wins.
FEMMUSIC: What song (not your own) has had the biggest influence on you and why?
RB: The Beach Boys “God Only Knows” is my favorite song in the WORLD. Just genius, simple song writing. Anything by Aerosmith has a huge influence on how I write and why I wanted to start writing
For Carmen… it’s probably anything BLUES related.
FEMMUSIC: Whom would you most like to collaborate with, or tour with? Why?
RB: Prince. Cos he’s the one.
FEMMUSIC: What one thing would you like to change about the music industry?
RB: More free chocolate.

Posted in Interviews Tagged with: Bones 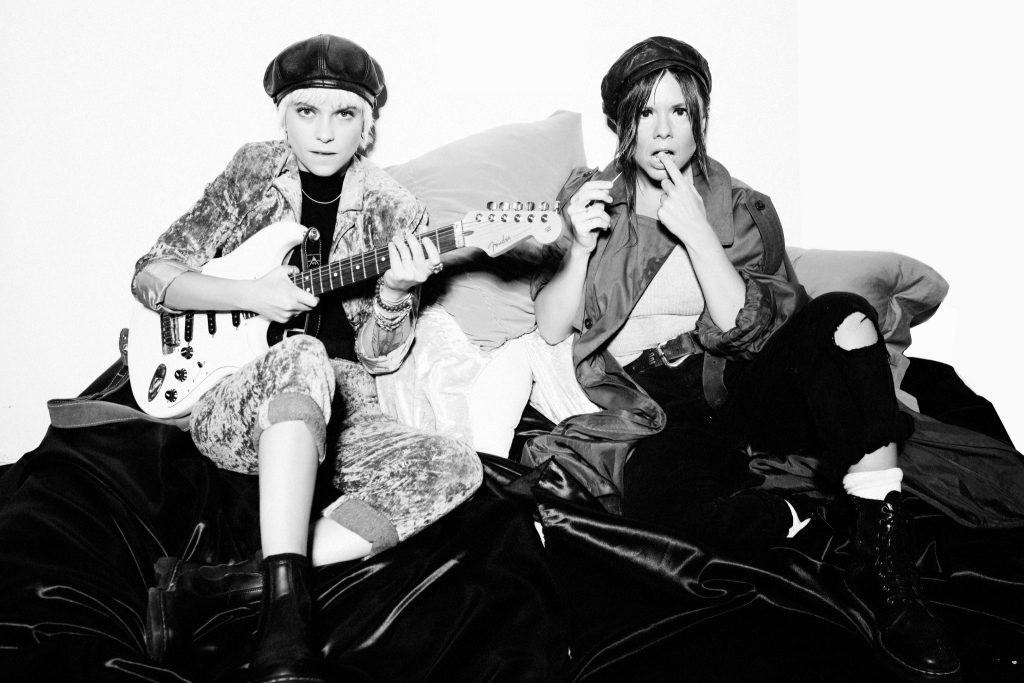 Marquis Theater – Denver, CO – March 29, 2018
UK band Bones is led by 2 women – Rosie and Carmen. They are on a headlining US Tour prior to the release of their debut album. Bones’ singles are singularly feminist on attacking the male establishment:
Beautiful is Boring – https://youtu.be/gmygm_3gHpE
Girls Can’t Play Guitar – https://youtu.be/vLifkviy0Fk
Limbs – https://www.youtube.com/watch?v=EE_iNxaWM1s
Bones is in your face rock with an attitude of punk. We think they would fit perfectly with War on Women in a tour and are flagbearers to the age of women. For info visit https://www.bonesuk.com/

Posted in Videos Tagged with: Beautiful is Boring, Bones