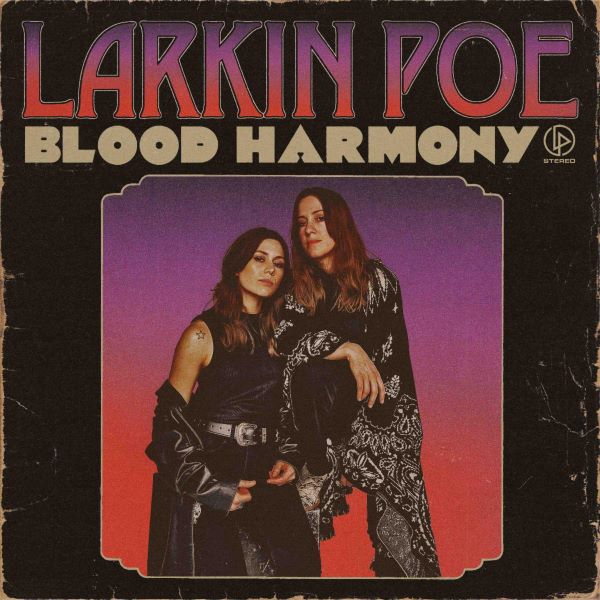 “Ever since I heard ‘I Put a Spell on You’ by Screamin’ Jay Hawkins for the first time I’ve wanted to write a female response to it,” says Rebecca Lovell. “I’d had the title ‘Bad Spell’ in my journal for years, and it was so fun to create a song where the riffs and guitar tones have that singular purpose of nastiness and swagger.”

In honor of 30 years of great live music paired with social and environmental programming, Colorado’s beloved radio show and multimedia nonprofit eTown is throwing a party for the ages, honoring both its 30th birthday and eTown’s induction into Colorado Music Hall of Fame.
Today, eTown announced the addition of Black Pumas, Nathaniel Rateliff, and Sarah Jarosz, to an already stacked lineup of performers for its 30th b’Earthday Celebration on April 22nd—Earth Day 2021. The free-to-attend live stream will feature performances from the aforementioned artists as well as previously announced performers: Lyle Lovett, Bob Weir, Los Lobos, Sam Bush, City and Colour, The War and Treaty, and Raquel Garcia. Former U.S. Senator and environmental advocate Tim Wirth and U.S. Congressman Joe Neguse will join for the conversation portion of the livestream. For more information on the b’Earthday Celebration, how to become a supporter of eTown, or to check out past shows and performances, please visit eTown.org.
eTown was conceived by Nick Forster while on tour in Eastern Europe with Sam Bush & Friends in 1990. Nick, a veteran touring musician with the band Hot Rize and others, fell in love with live radio after being a guest on A Prairie Home Companion, the Grand Ole Opry, and the WWVA Jamboree. After seeing how live music could draw disparate groups together in Eastern Europe only months after the fall of the Soviet Union—and witnessing environmental degradation—Nick was convinced that there could be a radio show that combined live music with conversation about how we live together on this increasingly fragile planet.
Back in Boulder, Nick enlisted his fiancé, Helen, to help get eTown started. Helen, a veteran performer, and singer (and former partner in the Telluride Bluegrass Festival) jumped right in, and the first eTown show was recorded on Earth Day in 1991. Just a few short months later, eTown was launched on NPR, and fans all across the country discovered this one-of-a-kind program.
In the 30 years since then, eTown has evolved and expanded into a full-blown nonprofit, unmatched in its contribution to both music and the environment. Through their radio shows, listeners discover world-class musicians and see and hear once-in-a-lifetime collaborations, and through programs like eTown’s eChievement Award, the same listeners are entertained and educated on the “who, what, why, and how” of preserving our planet for generations to come. Recently, Bruce Joss, president of Surface Creek Animal Shelter in Cedaredge, Colorado, was listening in when RE-volv—a nonprofit that helps other nonprofits go solar—was given the eChievement Award.
“We reached out to RE-volv,” says Joss. “Thanks to the RE-volv program, [a] solar system was installed at no cost to the Animal Shelter. The system is offsetting 296,000 lbs of CO2,  the equivalent of planting 2,200 trees or taking 5,900 cars off the road— all while helping the 330+ animals that come through our shelter yearly.”
eTown supporters share stories like Joss’ all the time, a small token of appreciation for the literal building that Nick and Helen—and countless eTown employees and volunteers—built. So, after 30 years, a celebration for the ages is in order, and all are invited. To read more about April 22nd’s 30th b’Earthday Celebration, please visit etown.org/30.