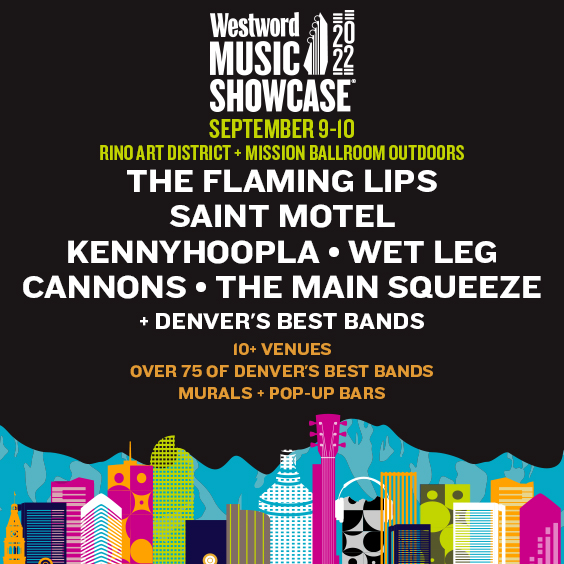 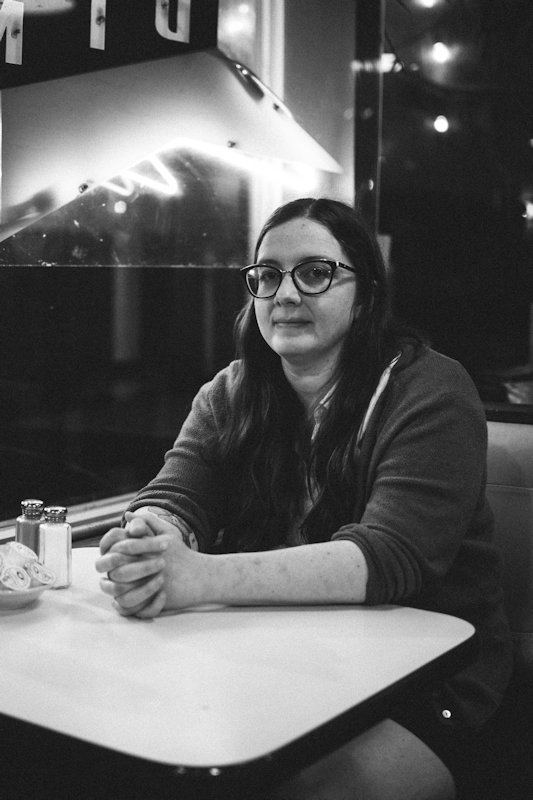 There are few local artists like bellhoss. bellhoss is Becky Hostetler, as well as her band. If you’ve haven’t been paying attention, she has slowly been getting on bigger and bigger bills. There was also her sold out EP release for Geraniums. bellhoss is gaining momentum for all the right reasons.

bellhoss’ music stands out. As a band it is filled with arrangements that fill the void between bedroom and rock. As a solo artist the songs have a vulnerability and raw emotion to them. The stagechat at a live show is honest, heartfelt with self-deprecation. All parts of the music hide nothing and invite the listener to share in the emotions.

We were ecstatic to speak with Becky about the EP and her songwriitng. For info visit http://www.bellhoss.com/

FEMMUSIC:  What was the biggest challenge making the Geraniums album?

FEMMUSIC: What was the biggest difference making Geraniums vs Meek Demos 17?

BH: Having a band was the biggest difference. The demos were my first foray into recording music at all, for posterity’s sake and to see what happens when I put any of my music out in the open for people to hear. The Geraniums EP is a more intentional process of releasing an album, with a band contributing to a much bigger sound.

FEMMUSIC:  I noticed the album was mixed and mastered by your band members. Was there any discussion of an outside producer? How was that process with the band? Were there any conflicts?

BH: For this first album, I really wanted to work with friends. Malena and Payden are both well-versed in audio engineering and are kind souls, so I knew it would go well with them. The songs are very personal for me so I did not feel ready to have a stranger’s opinion on how they should go, especially this time around. Overall, it was a very gentle process working with these friends, which is just what I needed to ease into the whole idea of recording. 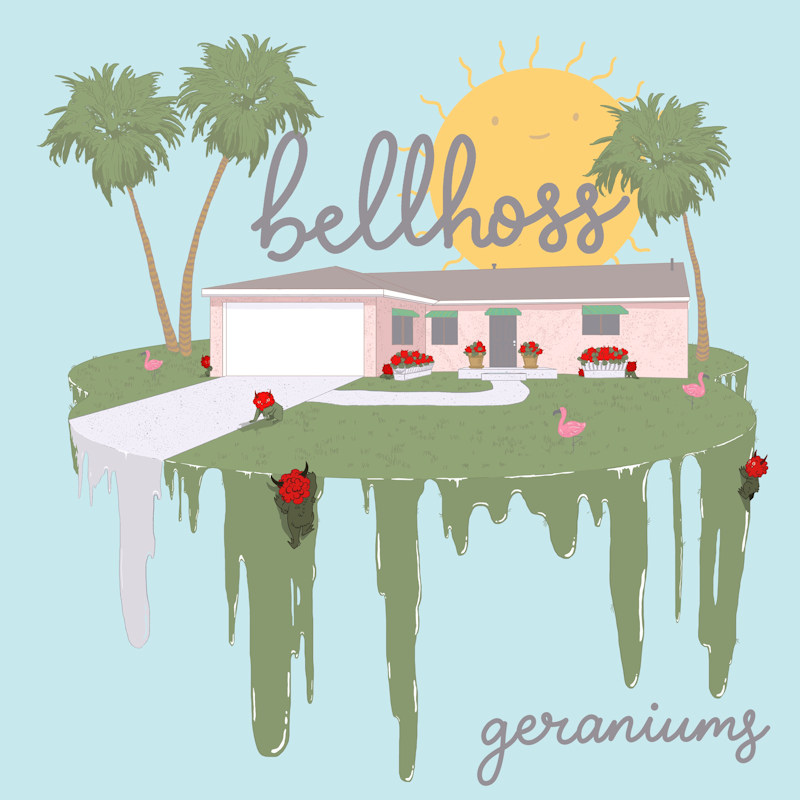 FEMMUSIC: Are you interested in being signed to a label. Why or why not?

BH: At this point, I am seeing where the wind blows and starting to brainstorm about what I want to do with the next album, but yes, I would love if a label was interested in signing bellhoss. Recording an album is a big investment, and having the financial and PR support from a label would be incredibly helpful. Also, I’ve been a music fan for much longer than I’ve been a musician in public, and being signed to a label is a dream I had before I ever thought I could do the music thing in reality.

BH: For most of my life I have used songwriting as a way to journal my thoughts and process my emotions, so the process takes different shapes for different songs. Sometimes it starts with a collection of words that I wrote processing something, often it starts with a series of chords and a melody and then adding words a bit at a time. I’m trying to come up with a more cohesive process now that this project is a thing, but that itself is a work in progress.

BH: Probably “Roman Candle” by Elliott Smith- it’s grungy-crunchy and so so sad, and it informed me on the ability to be quiet and angry and loud and sad all at the same time. Elliott Smith really made it okay in my mind to write through hard feelings, when in most other parts of my life I had to keep a smile on.

BH: Overall, I haven’t encountered any huge challenges. In fact, I’ve received more support than I ever expected, from all genders. I’m at a point where I think my gender is irrelevant to my experience as a musician.

BH: I love Pinegrove and their whole crowd, they have a friend who started a project called Jodi and I’d love to work and/or tour with Jodi or Pinegrove. They all seem to be very organic in their songwriting approach, with a mix of punky emotions and folky earthiness, which is exactly where I like to exist with my music.

BH: Denver has been incredibly friendly as a scene and community, and I’d love to see that in more places. I’ve been planning a tour, and have definitely found a lot of awesome people around the country who are incredibly friendly, especially in DIY scenes, but I definitely start to see competition in some places that I wish would heal a bit. In the last couple years when I finally had the guts to get on stage consistently, I realized there’s room for everyone; everyone wants to hear new music at some point and there’s a niche that anyone can fit into. I hope more people who feel competitive can see the space that is carved for them, without feeling threatened by other artists.