November 7-9, 2018
Cronulla, Sydney, NSW, Australian
http://australianmusicweek.com/
AMW has over 150 artists over 3 days, a music film festival, panels and more. Here are some of our recommendations of who to see
Christie Lamb – Country – The CMC Female Artist of the Year by Australian Country Music Fans. https://www.christielamb.com/

Jaguar Jonze – Jaguar Jonze is a lot more than a singer-songwriter and will be doing a lot at AMW. Deena Lynch, will be speaking on the touring and mental health panel called, The Musician’s Guide To Surviving The Rock Star Lifestyle. Deena has a digital art project under her moniker Spectator Jonze, all about mental health in the arts, which will also be on display at Australian Music Week. http://jaguarjonze.com/

Posted in Festival / Conference of the Month Tagged with: Australian Music Week

5 Artists to See at Australian Music Week 2017 – Cronulla Beach, Sydney, NSW, Australia – November 1-2, 2017
Australian Music Week returns with both performances and conference that are both local and international. For info visit http://australianmusicweek.com/
E For Echo – E for Echo is an indie rock 5 piece led by Zanna Rose and Jenny Murphy. https://www.facebook.com/eforechoband
Freya Josephine Hollick – Australia’s Dolly Parton is playing both AMW and MMW this year. Her latest EP is Don’t Mess With Doyenne. http://www.freyajosephinehollick.com/
Lily Among Clouds – This German singer-songwriter weaves lyrics and music in a perfect combination. http://www.lillyamongclouds.com/
Melody Pool – Deep Dark Savage Heart came out in 2016 from this songwriter who was already drawing attention from her first release. http://melodypool.com.au/
Play Your Gender – Kinnie Starr takes on the industry in this panel event. Why are only 5% of the music producers women when the biggest tours are led by them.  Starr will ask Melissa Auf Der Maur, Patty Schemel, Sara Quinn of Tegan and Sara, and Chantal Kreviazuk. http://australianmusicweek.com/artists/play-your-gender/
Tuppaware Party – Shelly Kirkpatrick leads this retro 70’s indie pop band. https://tuppawareparty.wixsite.com/music

Who To See at Australian Music Week 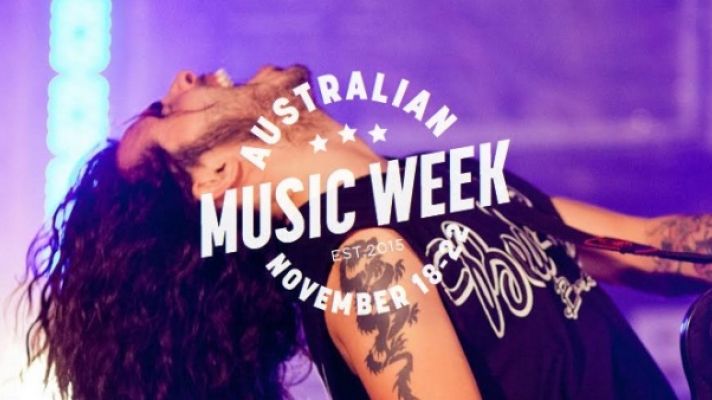 Demi Louise – Demi Louise may be one of the most popular artists at AMW. She is releasing a new EP in 2017 and is best known for “Taxi Driver.” http://www.demilouise.com/
Goo – Goo Cooper brings a synth dream pop to AMW. https://www.facebook.com/goo.musick
Taasha Coates – Taasha Coates spent 12 years with The Audreys and is a multiple ARIA winner. Her new album is Taasha Coates and the Melancholy Sweethearts. She brings an alt country folk sound. http://www.taashacoates.com.au/
Th’Fika – Lily Budissa & Michael Cameron make up this alternative rock band. They released their Home EP earlier this year. They are an act to watch for. http://www.thfika.com.au/
Tomato/Tomato – John & Lisa McLaggan are Tomato/Tomato from Canada. They play a traditional bluegrass with banjo, washboard and more. Their album is I Go Where You Go. http://www.tomatotomato.ca/
Youngblood – Canadian artist Alexis Youngblood has been featured by us before. She released her Feel Alright EP this year. She has a pop sound and comes from a musical family. http://www.youryoungblood.com/