Hatchie, the project of Brisbane, Australia’s Harriette Pilbeam, has signed to Secretly Canadian and shared a video for her new single “This Enchanted.”

Of the song, Pilbeam says, “‘This Enchanted’ encapsulates everything I wanted to do moving forward from my first album. I started writing it with Jorge and Joe in February 2020 and completed it from afar in lockdown later in the year. We had been talking about making something dancey but shoegaze.”

“It’s one of the more lighthearted, lyrically vague songs of my new recordings about falling in love; it’s not a perfect relationship, but you’re enthralled by one another and it’s an easy love,” she continues. “It’s one of the most fun songs I’ve written, so it was a no-brainer to pick it as my first solo release in almost two years. It feels so right to be working with a label as exciting as Secretly as I step into new territory with Hatchie. I’ve been counting down the days until its release for a long time.”

I.M. Yoni – Mexico – I.M YONI is a group of creative women from different parts of the world, based in Mexico City who got united to address gender equality throughout art. The collective was formed by a musical group that produces original songs in Spanish and English within the genres Funk, R&B, Dance, Pop amongst others. https://m.facebook.com/imyonimusic/?ref=page_internal&mt_nav=0

Lydmor – Denmark – Lydmor is Jenny Rossander. Lydmor is a Danish electronic songwriter, musician and multi-artist unlike any other. Her unique skillset creates an output where everything is possible. Every work of Lydmor’s is its own, developed with an intense artistic drive. Lydmor is also a feminist, a fighter for women’s rights and for equality in the music industry. She stands up to sexism and tries to redefine the general mindset that sexually objectifies female artists – e.g., by taking part in the public debate on feminism and through her weekly show on National Radio (DR). She recently released her 4th album Capacity. https://www.lydmor.dk/

Possimiste – Iceland – Leeni Laasfeld launched her career in 2011 with the song “The Flight of Lulu.” A decade later this artist will release her debut album Youniverse. https://www.possimiste.com/

Sopio T – Tsblisi, Georgia – Sopio Toroshelidze music has a grand quality influenced by her education in both music theory and as a choir conductor. She runs a school for music and choreography. Her latest project is Sopio T will the singles “Metamorphosis” and “Insomnia.” https://www.instagram.com/sopio_t/

Sutari – Warsaw, Poland – Sutari is a 3 piece all women folk band.  They have played WOMEX and KEXP and have 3 albums out including their latest River Sisters. https://www.facebook.com/sutarisutari

Vero – Chile – Veronica Quezada and Sebastian Mancilla plays folk pop with Ukelele. They are working on a new LP Cartografia and and an EP of boleros called Otrxs Canciones, where she expresses, in an intimate and critic way, how it is to live in the 21st century as part of the LGBTIQ+ and feminist community. https://www.facebook.com/verocomomiro

Voice of Baceprot – Voice of Baceprot is a 3 piece hard rock act from Indonesia. It is an all women act. In 2018 they released “School Revolution.” They are working on new music now. https://twitter.com/baceprotvoices

“The Amy Shark song is a bit of a walk through the highs and lows of the last 15 years of my life,” says Shark. “It was a difficult but necessary song to pen, and I hope it inspires anyone who feels unloved, lonely and sometimes unwanted, to believe that they can achieve anything if they focus.

Guthrie is Tess Guthrie from Melbourne. Her new single “Queenstown” was produced by Sophie Payten & mixed by Alexander O’Gorman with Isaac Barter mastering.

‘Queenstown’ explores the ideas of escapism, acting on impulse, reality vs fantasy, and above all – the importance of being fulfilled.

“In the pre-covid times, I was driving to uni one day and feeling pretty trapped. A thought hit me really hard – ‘what’s really keeping me here?’. It felt important and I wanted to see how far that rabbit hole went. A few hours later I was on pretty much the first international flight I could get – to New Zealand.

It was utterly beautiful and helped me question some assumptions about my priorities and the importance of being happy. Of course when I got back my life was the same as I’d left it, and it would take much more work to integrate that sense of freedom into my everyday life.

So for me the song is kind of bitter-sweet and escapist. I think it maps nicely onto the story of a relationship that you wish was working, but it’s not. And deep down you know that the relationship would only work out in a fantasy world, which is nice to visit but you can’t stay there. You have to fly back home and deal with your reality, but doing the work and building a life you don’t have to escape from is totally worth it” 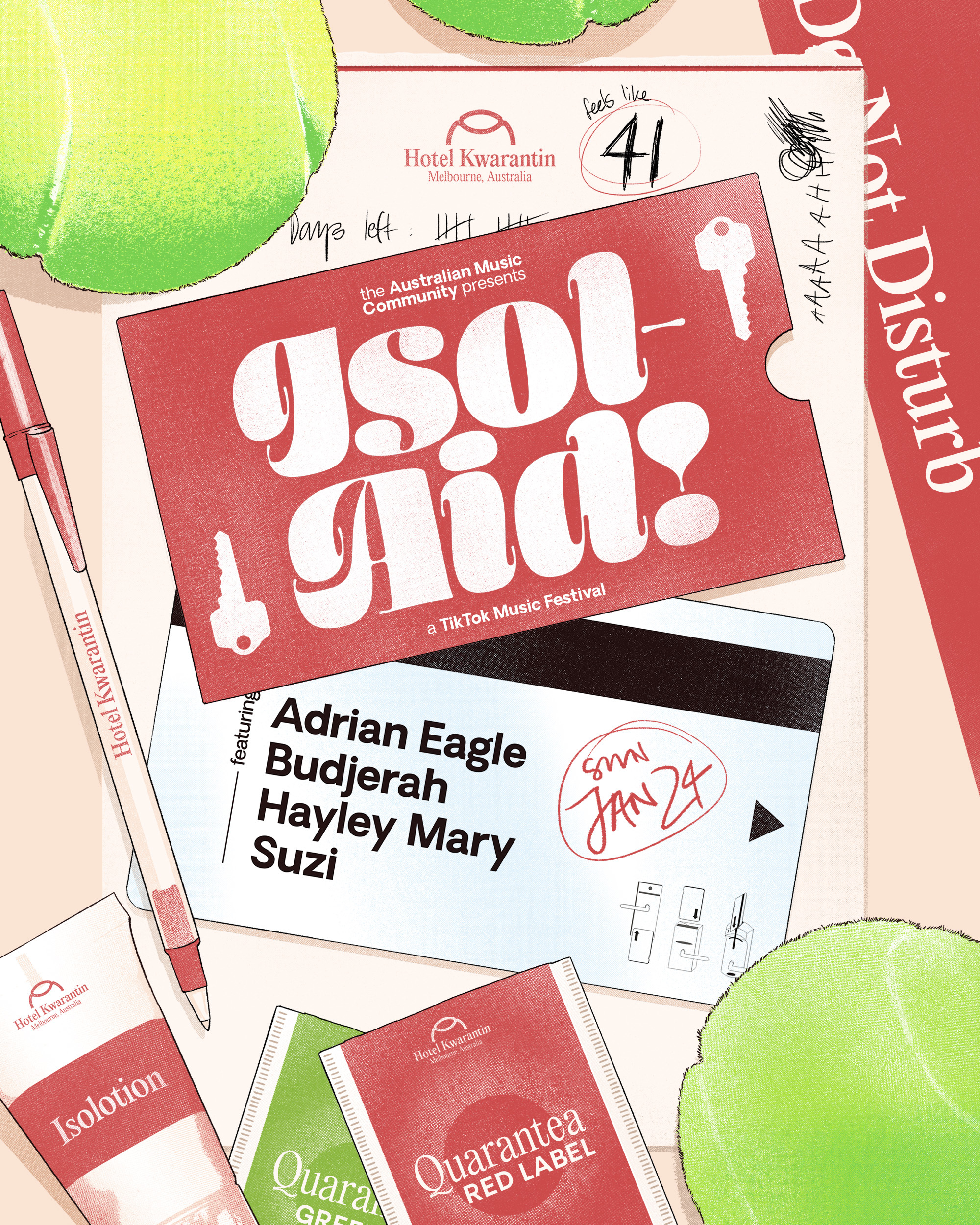 Isol-Aid is the festival you never knew about. Started in 2020 as a way for artists to still perform and get money during COVID, Isol-Aid has evolved into a worldwide sensation. All money donated goes to the artists, and the artists are not bound to Australia. They come from all over the world in all genres. Now broadcast on TikTok Isol-Aid is the new festival for 2021.  #41 features Suzi from Victoria

It also features Hayley Mary and her latest single “The Chain”

Nuria has been shortlisted for the 2020 Australian Songwriters Association Songwriting Contest for music from her debut album Alive. Alive came out on November 27 with the release of the single. It follows “Headlights.” Nuria, meaning “fire of the lord”, speaks of passion, boldness and captures a spirit unhindered by the constraints of growing up. For info visit https://www.instagram.com/nuria_music_/

“I wrote this track when I was at a bit of a fork in the road, choosing whether to continue on in one direction, or pivot and create something new. I hope this song can be connected to by anyone who is on the precipice of a big decision” – Ella Fence.

Luna Vexa – if you love me

Posted in Videos Tagged with: Australia, if you love me, Luna Vexa, Melbourne

Sampa the Great released “Time’s Up” last month. She now has a new remix with Junglepussy.

This new version focuses on a music industry that is all too ready to dismiss female rappers, and sees Sampa and Junglepussy asserting the power in their voices and the music they make.

The release also comes with the #TimesUpRemix competition, encouraging Black women and non-binary people across the world to submit their best verse for “Time’s Up.”

“All the Black Queens to the front. This one is for all our Black women!”