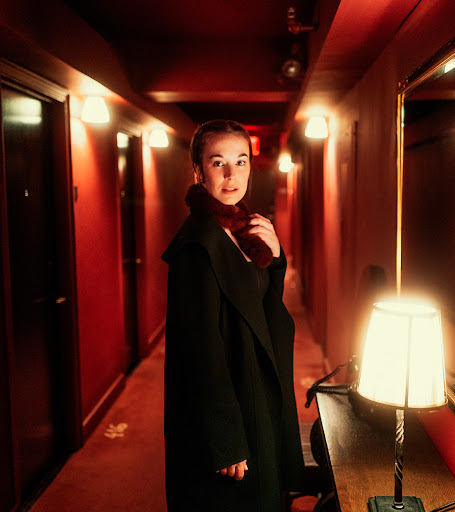 On the wrting and recording of the track she says, “The making of this song lifted me out of my COVID funk. Not being able to make music with my friends hit me hard during quarantine and made me realize why it is so special. I took the opportunity as a sign to get out of my comfort zone – every musician played on this song remotely and for me it was a new way to make art. It reminded me that music is basically magic. It can miraculously transcend location, space, and time.”

London artist Nilüfer Yanya releases her sophomore album PAINLESS today via ATO Records. PAINLESS see’s Nilüfer at her most direct and open yet. The title comes from a grown understanding that pain isn’t always a negative thing, while also experiencing a freeing kind of joy while making this record. The 12-track album features the previously released singles “the dealer,” “anotherlife,” which arrived with a music video directed by Molly Daniel in Sri Lanka, “stabilise” and “midnight sun”, which Nilüfer will be performing on The Tonight Show Starring Jimmy Fallon airing March 11th.

Along with the release of PAINLESS, Nilüfer Yanya embarks on her 2022 world tour next week with the UK and Irish dates starting in Glasgow on 10th March and ending with London’s Electric Brixton on 16th March. A full run of European dates follows closely behind, with the North American leg kicking off with Coachella in April.

Melbourne-based singer, songwriter, producer and accomplished stage actor Grace Cummings just released her self-produced sophomore album entitled Storm Queen, out now on ATO. The artist will finally hit North America beginning with a line-up of performances and showcases at this year’s SXSW. Following her week in Austin, she’ll hit the road supporting Ezra Furman. Today, she also shares a video for “Heaven,” live with her band from Melbourne.

Mattiel – Blood In the Yolk

Blood in the Yolk” arrives with a video directed by David James Swanson and edited by Brown full of medieval-inspired imagery, muted colors and farm animals. Visuals for “Blood in the Yolk” were inspired by the 1969 film Color of Pomegranates directed by Sergei Parajanov, described by the band as “one of the most beautiful films ever made.”

Speaking about the new single, Mattiel says – “When Jonah (Swilley) first wrote the structure to ‘Blood in the Yolk,’ it took me a while to compose my wrting and decide how I wanted to approach it with lyrics and melody. I remember being a little frustrated with my lack of ideas in the beginning, but he gave me a pep-talk to keep me going, and we ended up writing a song that is so near and dear to my heart now. ‘Blood in the Yolk’ is one of my favorite songs Jonah and I have ever written together and I feel so lucky that this is our ‘job.'”

Speaking about the meaning behind “Lighthouse”, Mattiel & Jonah share, “We hope ‘Lighthouse’ is a positive, uplifting song for anyone who hears it. If you’re working toward something and it feels like an uphill battle, that can be a sign that you’re headed in the right direction. And there’s always someone or something to help guide you through it.”

Mattiel will embark on a North American tour in 2022 beginning in February in Washington, DC, with stops in Brooklyn, Chicago, and SXSW before wrapping up April 23rd in Louisville. Mattiel will also tour Europe following their North American run in 2022.

Melbourne-based singer, songwriter, producer and accomplished stage actor Grace Cummings will release her self-produced sophomore album entitled Storm Queen this week. Before Friday, Cummings shares a final taste of the forthcoming record. “Raglan” is an homage to the street where Cummings’ rides her bike to visit her friends. “Jesse Williams recorded this song in his tiny studio on Raglan Street on a freezing winter’s day. It was nice to all be crammed in there to play this live with everyone because it kept me so warm,” she explains. “This song really makes me smile, as a lot of memories came out of that place. So many parties ended at that studio with someone putting on Bob Dylan as the sun came up.”

Storm Queen will be released on January 14th on ATO Records, and follows Cummings’ understated debut album Refuge Cove, which was released in 2019 via King Gizzard & the Lizard Wizard’s Flightless Records.

Melbourne-based singer, songwriter, producer and accomplished stage actor Grace Cummings will release her self-produced sophomore album entitled Storm Queen next month via ATO Records. Today she shares the breathtaking title track off of the album, with an equally compelling music video that will make you feel as if you’re caught in Cummings’ storm.

“This song was the last one I wrote for the album, very quickly before recording,” Grace Cummings says of “Storm Queen.” “The song is also my favourite track on the whole album. Harry Cooper on the baritone and Cahill Kelly on the piano helped me make the song I had in my head come to life. They trusted my gut, even when things were sounding a bit freaky and it was unclear if my vision for the song would come together. I wanted this track to be fucking raw, and ugly, and full of gunfire, and dirt, and ruin. And it turned out even bigger than I’d imagined.”

Nilüfer shares about the concept behind the single and video, “I was really thinking about your surroundings and how much they influence or change your perception of things. A lot of the city is just grey and concrete, there’s no escape.” She adds, “The video plays on the central theme in the song of no one coming to save you ever. It’s set in depths of reality in every day life where we are the only one’s truly capable of salvaging or losing ourselves. Nothing is out there -both a depressing and reassuring statement (depending on how you look at it). Sometimes you have to dress up as a spy or a rock star and just hope for the best.”

Grace Cummings – Up In Flames

Melbourne-based singer, songwriter, producer and accomplished stage actor Grace Cummings has released a new single and music video for “Up In Flames,” from her forthcoming, self-produced sophomore album. Storm Queen will be released on January 14th on ATO Records, and follows Cummings’ understated debut album Refuge Cove, which was released in 2019 via King Gizzard & the Lizard Wizard’s Flightless Records. “I wrote this song on the day Notre Dame burned down. I like that I can trace this song back to the exact day with a little time stamp like that,” says Cummings of the new single. “It reminded me of a time I remember very well, standing on the sand at Jan Juc Beach looking into the ocean. Every wave that came in to the shore was thick and black. I went and looked closer at the water and it was full of scorched gum leaves.” 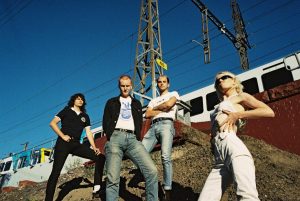 Melbourne-based singer, songwriter, producer and accomplished stage actor Grace Cummings announces today that she has signed with ATO Records, who will release her forthcoming, self-produced sophomore album. Storm Queen will be released on January 14th on ATO Records.

In celebration of the album announcement, Grace Cummings shares the record’s first single and album opener. On the majestic “Heaven,” which was recorded in one take.

Cummings explains. “To me talking about God or Mother Mary is a way of labeling something beautiful that I don’t understand, something that’s not quite a part of the world we live in.