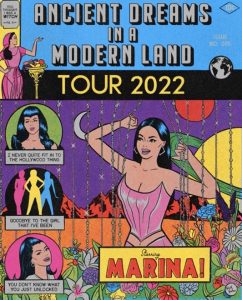 Ella Henderson today announces details of her long-awaited second album, Everything I Didn’t Say – a diaristic, 16-track record and first since the extraordinary breakthrough success of her Platinum-selling, UK No. 1 debut album,  Chapter One.

Arriving on March 11th via Atlantic Records/Major Toms/Asylum, Everything I Didn’t Say will include Ella’s fifth UK Top 10, ‘Let’s Go Home Together’ with Tom Grennan, and new single ‘Brave’ – a powerful track about shaking the stigma of needing help and embracing someone’s support for you when you need them most. Written by Ella, alongside GRAMMY® Award-nominee Jennifer Decilveo (Miley Cyrus, Demi Lovato, MARINA) and producer Jordan Riley (Mabel, RAY BLK, Sigrid), the song arrives accompanied by a heartfelt official video – directed by Plum Stupple-Harris – in which the poignant lyrics accompany the story of a single mother struggling to cope with the rigors of everyday life.

Ella says: “I’m so excited to finally share the news that my second album Everything I Didn’t Say is coming in March! I know it’s been a long time coming but I wanted to take the time to really follow my heart and vision, to create something that fully represented me, who I am today and what I stand for. I am so ready to finally share this body of work! It’s all here… the good, the bad, the ugly! This record means absolutely everything to me.”

Ella will be touring this summer.

Rising 19yo Australian artist, MAY-A, announced her signing to Atlantic Records for the US & UK along with the announcement of her debut EP, Don’t Kiss Ur Friends, coming out August 6th, 2021. She also shares a new version of her latest anthem “Swing Of Things” featuring verses from breakout lo-fi Canadian rapper, Powfu.

Threading together recent breakout singles, ‘Time I Love To Waste’, ‘Apricots’ and ‘Green’, MAY-A’s Don’t Kiss Ur Friends EP is a years-in-the-making debut from an artist who has been writing since the age of 12, but only publicly releasing music since 2020. 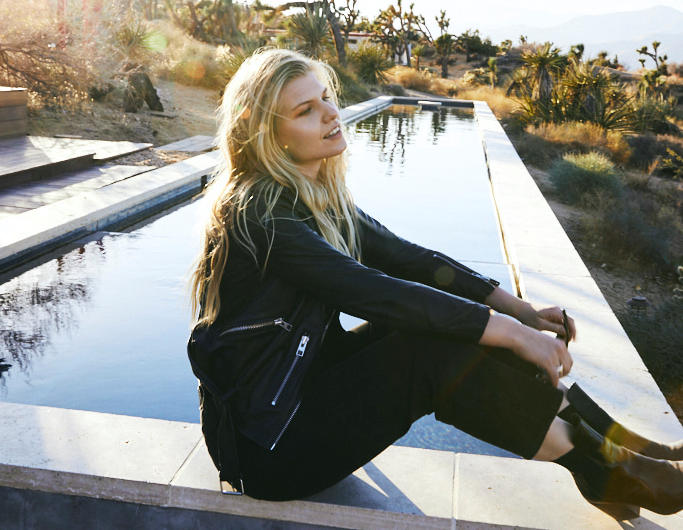 At that time she’d just graduated Harvard and was releasing her EP Time Of Our Lives. The EP featured singles “Miss You”, “Internet You”, “Tongue Tied” and “Might Not Like Me.” Elliott toured extensively after the EP came out.

Elliott worked with a different team on the album including producer Monarch, and songwriter Michelle Buzz (who is executive producer of the EP). The new EP presents a calmer, more confident Elliott asking questions of herself and the world, and looking for a genuine truth. 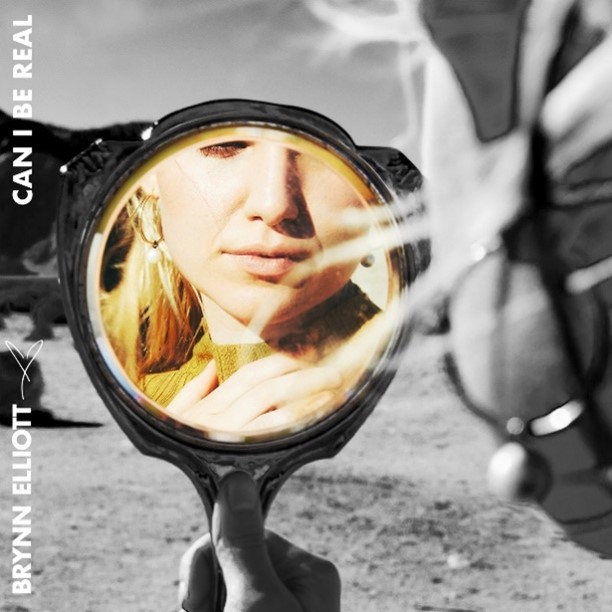 Before she begins touring again, she will have a special livestream on July 15, 2021 at 9pm EST. Details can be found at: https://www.momenthouse.com/co/brynn-elliott-live-from-the-troubadour

15 – Los Angeles, CA – “The Can I Be Real Livestream Moment” Presented By Moment House

FEMMUSIC: What was the biggest challenge making the Can I Be Real EP?

BE: The biggest challenge in making Can I Be Real? Was figuring out what I wanted the theme of the  EP to be. My first EP was easy in terms of finding things to write about because I wrote it during my time in college and the songs followed almost subconsciously. For this EP it was different. I really thought about what I wanted to say and the experiences I had since the last EP. And I realized that I lived in this state of performance and people-pleasing for two years promoting my first project. So when I sat down to write the second I wanted to make sure that what I was saying was real and authentic to me, and to what it means to be human. And that ended up being the main theme of the EP.

FEMMUSIC: What lessons did you learn making your first EP that helped making the Can I Be Real EP?

BE: When I was making the first EP I learned to be very specific with what I wanted each song to sound like. Finalizing the production of the project was just as involved as writing it. And so I knew I wanted to take that same mentality with this EP – not just telling a lyrical story, but a sonic story as well.

FEMMUSIC: What was your goal for making the Can I Be Real EP?

BE: I think I started this EP by saying “I want to make an EP of hit songs” which is a very silly thing to say. I am not sure I at all succeeded in that goal but what I did do once I started writing was really surrender to what needed to come out of me in my songwriting. I don’t know if these songs are hits, but I know they are songs I needed to write and there’s a lot of satisfaction in that.

FEMMUSIC: Tell me about The Monarch? How did you meet? What did they bring to the project?

BE: I met the Monarch in one of my first sessions with Michelle Buzz in Los Angeles back in 2019. They bring this perfect balance between ease and intensity to songwriting sessions. They are both very relaxed but will speak up if they think we could write a better verse or chorus. That’s such an art in and of itself and I think the creative environment they foster really made me feel like I could trust them. So when it came to producing the EP I knew I wanted them to be very involved. I think they are geniuses at production and I am very honored to have worked with them on this project.

FEMMUSIC: Tell me about Michelle Buzz? How did you meet? How was she to work with? What did she bring to the project?

BE: I met Michelle Buzz for a session for the first time in 2019. It was honestly the most magical thing when we met. We sort of look similar and so we had to take a moment and make sure we were not part of some kind of Parent Trap situation – twins separated at birth. And then we just started writing that day and it was so exciting for me to write with someone who was at the very same stage of life as me. We related so much that first day and became fast friends. I hope to write songs with her for many years to come.

FEMMUSIC: FEMMUSIC featured the “Tell Me I’m Pretty” Scholarship. You’ve spoken before about how you got into Harvard. What was your goal in setting up a scholarship?

BE: My goal in setting up the scholarship was to do (in an extremely small way) what the people who have loved me most in my life did for me: they encouraged me to pursue my dream and calling. I hope that my music encourages women to live the life they are meant to live and the scholarship was a more practical way for me to engage with women in that way.

FEMMUSIC:  “Letter to A Girl” is a letter to your younger self. Tell me how that song developed?

BE: “Letter to a Gir”l was the first song I wrote when I started writing again after being on tour for those two years. I opened for Why Don’t We. They have the most incredible fan base, the majority of whom are teenage girls. I remember wanting to write a song for them and for my younger self – because I saw so much of my younger self in those girls every night on the tour. So the song is really all of those things I wish I had known then with the main theme being about beauty. I wanted this song to encourage people to know that beauty is so much more than physical appearance. Beauty is a broader concept about stewarding a good and true life and that’s what I say in the song. You are beautiful because you are human. Beautiful is created in your mind and your outlook on this precious life.

FEMMUSIC: Touring is returning post-COVID. You toured extensively with Time Of Our Lives. What are you most look forward to in touring? What do you dread?

BE: Touring is my absolute favorite thing to do. I look forward to every aspect of touring in this post-COVID world. I think we are all longing to be together again. I really can’t say that I am dreading anything regarding getting back on the road.

FEMMUSIC: What has changed about you & for you during COVID?

BE: I have experienced a lot of loss during this covid season. I lost my dad and my grandpa. I think the biggest thing that has changed for me is that I want to make the most of my life. With covid, we were all faced with the preciousness of life. So that fact has just fueled me and encouraged me to fight harder in this life and keep going.

BE: I would love to see the music industry continue to give opportunities to women. The industry has come a long way in this regard and I feel very grateful to have a majority female team. But there’s always more work to be done allowing those historically underrepresented to have a seat at the table and I look forward to that work continuing.

Posted in Interviews Tagged with: Atlantic Records, Brynn Elliott, Can I Be Real, Letter to a Girl, Michelle Buzz, Might Not Like Me, Miss You, Monarch, Tell Me I’m Pretty, Time of Our Lives, Tongue Tied, Without You

“I wrote ‘Hero’ late one night while taking a break from studying for my exams,” Faouzia shared. “Thematically, the song discusses having fair and reasonable expectations from the love you give and receive in a relationship or a friendship. It’s a two-way street and any healthy relationship needs both sides to be supportive of each other.”

Winona Oak – Piano in the Sky

Winona Oak is an artist from Sweden who continues to amaze us. Today she releases the visually stunning video for “Piano in the Sky.” The video was directed by Julian Gillstrom.

Oak also announced that she is releasing a new EP, SHE on October 23. This is her 2nd EP following Closure. The first single from SHE was “With Myself.”