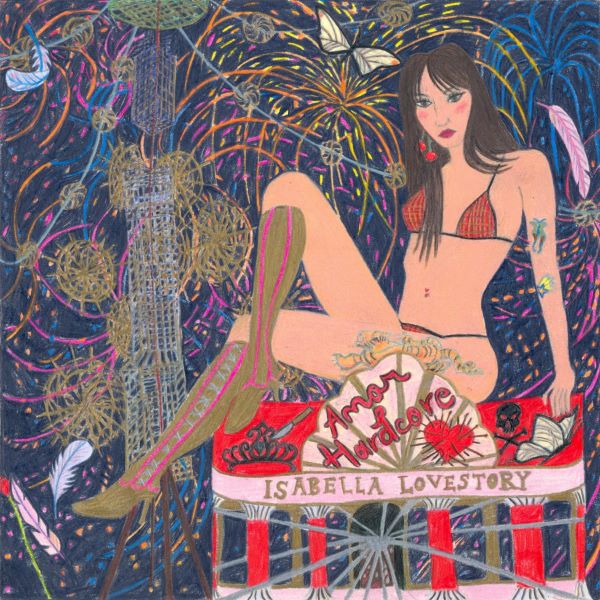 Isabella Lovestory announces her new project Amor Hardcore due October 5th. Paired with the announcement, Lovestory unleashes her new single “Sexo Amor Dinero” produced by frequent collaborators Kamixlo and Chicken, and arrives with a video directed by Moshpxt that captures her in her element: a fiery blast of seduction, glitz and glamour from the beaches of Mexico.

Speaking about the feeling she wants the new track to invoke, Lovestory says: “I love being hit by dollar bill stacks, I love hardcore love. This one simply sounds and explains what I think is sexy, which is romance, extreme amounts of money and lots of sex. Sensory overload. As if an alien comes down to earth and experiences the hottest things being a human has to offer (sex, love, money) and gets addicted to them, can’t get enough.”