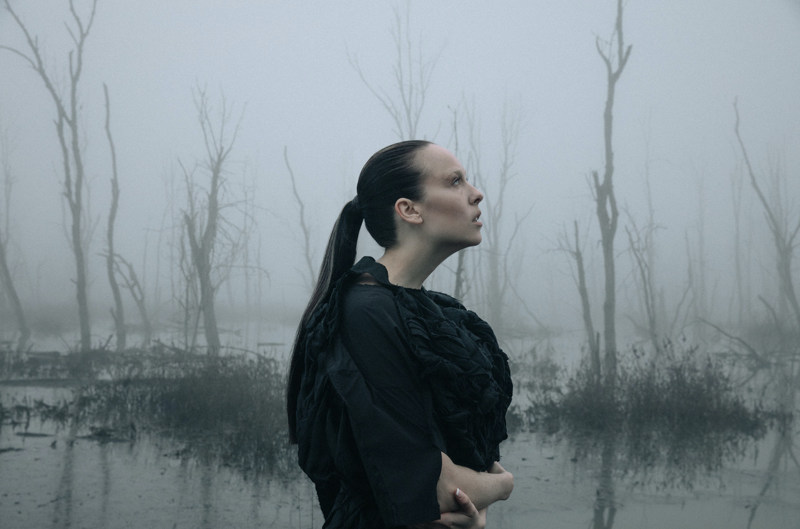 The album was driven by Oscar Gorres and has become as much a visual feast as a sonic one with videos and photography that generate the mood. Allie X has worked with Sivan, Leland, BTS and many others over time. She has established herself as an icon in the realm of Madonna, Lady Gaga and others. She was due to have a headlining tour going on now. It was sidelined due to COVID-19. FEMMUSIC was able to catch up with her to talk about the album. For info visit https://www.alliex.com/

FEMMUSIC: What was the biggest challenge making Cape Cod?

AX: Nothing too challenging with this album! I guess self doubt maybe?  But in terms of the process, it was rather seamless, which has never been the case for me.  Really enjoyed composing it and creating the visuals.  I worked with incredibly talented people who I had wonderful synergy with.  I hope to be so lucky in the future to have another process like this.

FEMMUSIC: When I look at the credits to this album, I see a lot of artists, producers, and more. It is an introspective and personal piece. How did you approach people to collaborate on it? Were their any that you were afraid would say no?

AX: It’s true, when you look at all the writers, there are quite a lot. But actually, in terms of how it came together, it was very much in one studio in Stockholm.  The other writers were with me to write some of the demos.  All along it was my vision though and it was so strong and locked in when we began the process in Sweden, that when I came back to LA to write the other demos, I just had to communicate that to my co writers and I was able to always stay within my own world and feelings. 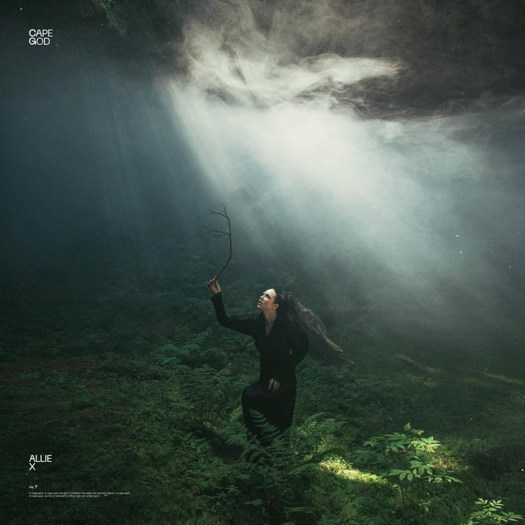 FEMMUSIC: I see Oscar Gorres name in some of your other interviews. How did you meet? What did he bring to this project?

AX: Yes I mention him in almost every interview, because he really was my partner in crime on this record.  He brought a production vision, something I had never fully gotten or agreed with at least, from any other producer.  I was able to fully trust him.  Oscar created a sonic palette that felt very fresh and exciting to me and I was able to sit back and focus on writing the songs instead of stressing about how to “crack” the production. It was already “cracked” to my mind.  A very talented guy.

FEMMUSIC: Tell me about Brendan Burton. He did more than the album photography. How did you meet? What does he bring to your projects?

AX: Brendon is so cool. A young photographer who lives in Oregon. Shoots mostly abandoned houses  and ghost towns, around North America, by himself. I wanted a gothic Americana feeling to the photos, evoking a feeling similar to what I get from Gregory Crewdson’s photos.  Brendon has a distinct style, and I had a feeling if I inserted myself ( a human subject) into his photos and we carefully chose the locations, we would be able to bring Cape God to life.

FEMMUSIC: COVID-19 stopped your tour. How are you dealing with adjustments it has brought? What are you doing differently?

AX: Yes it did.  ha.  Financially this is an adjustment for everyone that tours in the world. And that goes beyond the artist. I have a band, tour manager, stylist, mgmt, agent, and we’ve all lost that income. I feel so much empathy for anyone involved in live performance right now. Luckily I do have royalties coming in.  Others aren’t so fortunate. All that said, there has been a lot of reflection and creativity that has come from everything stopping.  The pressure has lifted on me quite a bit, and I think that has been very healthy.  It has definitely evoked new thoughts and ideas and most days I feel excited about what I’m working on.

FEMMUSIC: Can you describe your songwriting technique? How has it evolved?

AX: It’s always different! It’s always abstract! It’s hard to explain… I used to always start with melody.  These days I love to start with a lyric or title.  Sometimes I start with a beat if I make it myself.  Rarely do I start at the piano.  I find that seems to limit me.  How do I know if a song is working? You can just feel it.

AX: Oh boy, I don’t know how to answer that question. There are too many.  I’ll just pick one. “Cherry Colored Funk” by Cocteau Twins because it always inspires me, no matter how many times I hear it.  There’s always something more to hear.

AX: Oh quite a few.. Umm I have never been an obvious choice. I’ve really had to prove myself every step of the way to most people. My sound, appearance, age, marketability, has all been questioned, and I’ve been rejected way too many times to even recall.  I’m also the boss of my business.  I semi manage most aspects of my project.  This has been a problem to some.  I’m stubborn and authoritative and that’s also not everyone’s favorite quality haha.

AX: I’d love to do a tour with Lana Del Rey ! So would everybody though.  I really wanted to tour with Marina, and I got to do that last fall!

Posted in Videos Tagged with: Allie X, Devil I Know