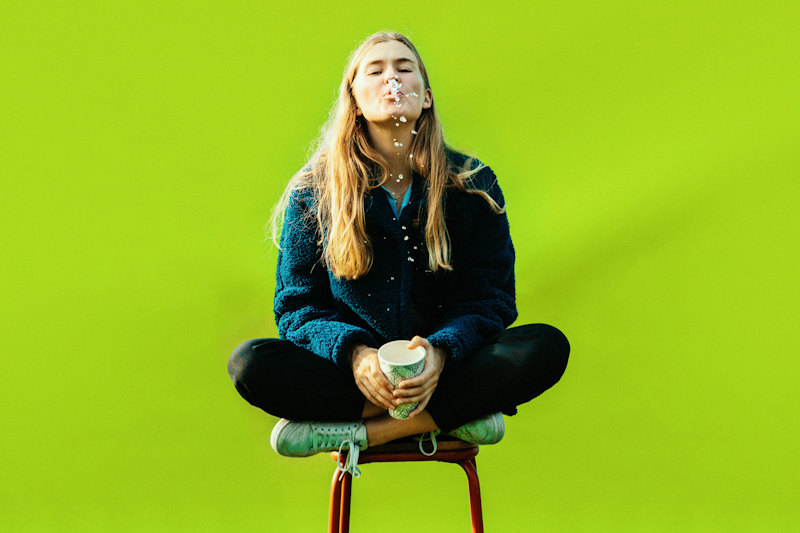 Alex the Astronaut releases her debut album The Theory of Absolutely Nothing on Friday August 21. This summer Alex the Astronaut (Alexandra Lynn) could be found on Smithsonian’s Project Pride and the Pride: Inside music festival. She has been releasing singles including “Christmas In July”, “Banksia” , “Lost” and “I Think You’re Great.”

Alex has 2 previous EP’s called To Whom It May Concern and See You Soon. This Australian artist studied both math and physics while also playing soccer in the United States at Long Island University. The Theory of Absolutely Nothing takes on subjects from domestic violence to a friend who died in it’s 11 tracks. It begins with “Happy Song” which fits her personality. Her songs have lightness and lift. For info visit https://www.alextheastronaut.com/

FEMMUSIC: What was the biggest challenge making The Theory of Absolutely Nothing?

AL: I think the biggest challenge was getting the writing to say exactly what I wanted it to. I think it should be the easiest part but there are just so many words in this world and only about 150 of them fit in a song. I try and really max it out with the words in the verses but even still you have to really think about it.

FEMMUSIC:  One of the most powerful songs on the album is “I Like to Dance.” How did that song develop? The arrangement is beautiful.

AL: Thank you, that song came about at a BBQ. I was talking to a judge and he told me there was something he saw that he thought I should write a song about. He said he’d seen this woman in court on a domestic violence case and she explained to him how great her boyfriend was but that “I just wish he’s stop hitting me.” And I got a tear and goosebumps so I did lots of research on domestic violence and built a story out of all of it. My friend Nora and I produced it together and that was the first time I’d done production which I felt really proud of.

FEMMUSIC:  What was your vision for the album?

AL: My vision for the album was to include as many “colours” as I could. I wanted the shades of dark and light and I wanted all or as many different emotions that I could see playing out around me to be depicted in 10 songs.

AL: Fit as many words as you can into a small space and hope for the best haha

FEMMUSIC:   The album reflects a lot of growth in friendships and relationships. How have you changed and grown (personally & as a musician) in the past few years? Do you have any goals for the future?

AL: I think I’ve grown a lot, I went from being a university student living in dorms in Long Island to being a professional musician and travelling the world. I’ve become more and more grateful for the opportunities that I’ve been given, I think it’s still sinking in that I get to do my dream job and personally I’ve become more confident and myself. I would love to tour again, and I would love to keep writing music forever. 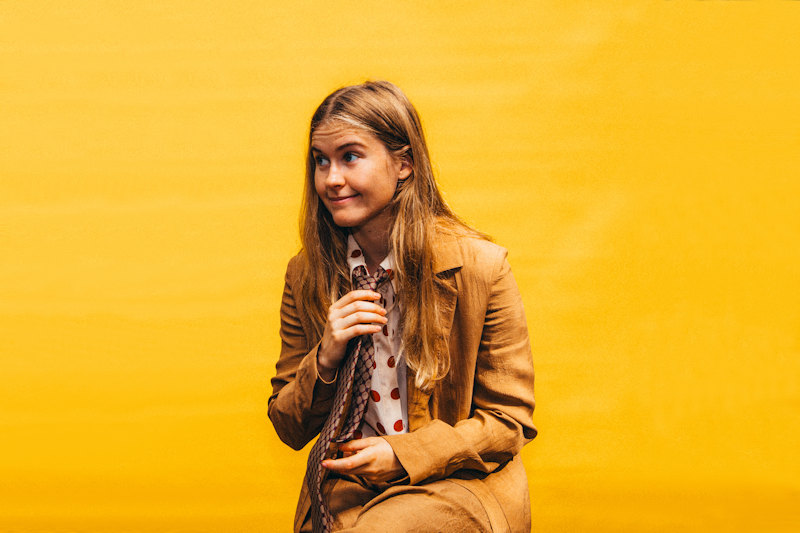 FEMMUSIC:  Australia has re-imposed closings with COVID-19 (as of this writing). I remember in April when you ran a campaign for donations for your friend the nurse in NY. I also was reading an interview of yours just before SXSW was supposed to happen. How are you doing during COVID-19? What do you miss? Are you focusing your creativity in different ways?

AL: I’m doing okay, I’ve been really lucky, I live with three housemates and we all get along well. It’s been interesting I think I’ve had the time to build up lots of my friendships again where we’ve kind of drifted because of me touring. At the same time I miss travelling and my friends that I have in music world all over the place. I’m way more creative I’ve gone back to writing almost everyday like I did when I was in highschool which feels really wholesome and has definitely been good for me.

FEMMUSIC:  What song (not your own) has had the biggest influence on you and why?

AL: I like Under Pressure by David Bowie and Queen. I always cry listening to it. I really don’t know what it is, I think it’s a very uniting song and it has a bit of non words in it which is fun. I think it’s a song that I go back to a lot when Im having a hard time and I always have so it feels like an old friend.

AL: I think there’s always little things that chip away at you like people at shows assuming you don’t know things that you do know, or awkward/uncomfortable encounters at the signing desk or while you’re on stage. There’s also the dark stories that I know about assaults and abuse. I don’t think you overcome them, I think because it’s ongoing it’s a trauma that we have to face constantly as a society. It’s changing slowly, I think it’s important to teach young boys that feminism works for them too and that it’s important that we stick together and help each other when we need it. That they need to be able to share their feelings without being accused of being less than. And I think for anyone experiencing discrimination it’s about standing with other minority groups in the same way you stand up for yourself.

I would love to collaborate/tour with Dave from Gang of Youths. His writing is second to none and the colour and expression in his voice is so unbelievably good. I really love his storytelling and I could listen to him sing all day.

AL: I would change that it’s not equal. I think we have a long way to go and it’s time to put the work it.

Posted in Interviews Tagged with: Alex the Astronaut, Alexandra Lynn