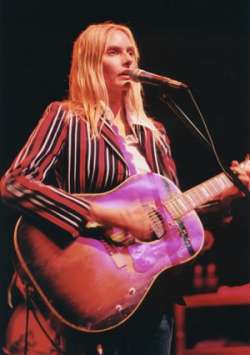 Aimee Mann’s glory with ‘Til Tuesday is, thankfully, a faded memory. Today the artist has become the voice of the independent as much as Ani DiFranco. Mann challenges the establishment in how her work is done to how is finally put in the audiences’ hand. Lost in Space, Mann’s second release on her label, SuperEgo Records, is a brilliant journey through hazy worlds and metaphor. Mann has become the great enigma and the great force in music today. For more information visit www.aimeemann.com

AM:Um, you know there is so much and there are so many subcategories. I think the first thing if I ruled the world is to structure deals that gave ownership back to the band itself within reasonable. After a certain reasonable time not like 30 years or something.

AM: I think that for a really long time, and this is what the whole purpose of Lilith fair was, people really felt that woman that a female artist was like a novelty. That women weren’t really considered to be artist along males artist in the same way. And the point of Lilith Fair was to act as a rebuttal to promoters who would refuse to put two female singer song writers or two female acts on the same bill because they insisted that noone would come to see two women. As if it was two juggling acts or two juggling dogs. And I think that that has really changed. As far as being discriminated against in other ways, I think that sexism is rampant in the music business, as it probably still is in any other business, but as the artist, you are sort of in another category. I don’t think artists are taken seriously by executives anyway, no matter what gender they be.

AM: I generally start just picking up a guitar and playing a few chords. And if you know I like the chord progression and that would such the melody. If there is something specific that I have been thinking about then that would suggest a few lines that I will sing along with the melody. Which sort of dictates the melody. From there I sort of take a step back and I say what does this mean that its about if I have been singing a couple lines, like what does this suggest for the rest of the song, you know what the song is about. And then keep going in that vain. Generally, the first verse and the chorus come in one sitting. Then after that it is a matter of sitting down and knowing what the rest of the song has to be and putting in the rest of the words.

FEMMUSIC: With this album I noticed there were a number of wonderful arrangements, and I was wondering when you were working in the studio how those developed?

AM: Generally, the arrangements, the string arrangements were done by John Corbe had string on two songs, with the exception of that. We usually start with the acoustic guitar then the vocal and start things around that according to what it needs that day. So there is not a real master plan as far as arrangement goes. Occasionally there will be kind of a production template that we will refer to for a specific song. But not that often.

FEMMUSIC: You worked with Michael Lockwood on this album. I noticed you worked with him before and I was wondering what he brings to the project?

AM: Well, Lockwood I worked with before as just a guitar player, I felt like when I brought him in and I have played live with him before, so we know each other real well/ that in the studio he’s just real good at being a self arranger. He has a great instinct on when to play and what to play and what kind of things are missing and what the song needs which is very valuable to a production. And I started the project co-producing with him but after a couple of weeks I felt that he was improving so much that he should be made the main producer. He is just a great producer all around. Because he is not only very creative, he generates a lot of ideas, he has great ideas for parts and melodies he has a real tastes for creative and unusual sounds. But he is also very organized, keeps the energy in the studio real positive which is definitely a plus for a producer. He gets really good performances out of people, he got a really good ear, he knows when somebody has played or sung their best. You know, those are all the things that make for a good producer.

FEMMUSIC: What was the biggest challenge making Lost in Space?

AM: I don’t that there was a big challenge making the album, I think that sometimes there were a couple of things that had to be redone. There was this song we had recorded in the wrong key and I couldn’t sing it very well, so you got to record it again. Or with some of the stuff with Protools you can fly over to a new key and not have the sound degenerate too much. But I think those kinds of mistakes; you always have to anticipate that a little bit. There are always going to be a couple of songs that have major problems. There is always going to be song where it just isn’t working out and you can’t figure it out, and you ended up doing something totally different, something completely radical to it to rescue it, There is always one song that doesn’t turn out and you have to move on. There is always one song that you have to re-record,

FEMMUSIC: Do you have any sort of experience that stuck out as sort of a best experience?

AM: Well, the fact that we recorded a string section, that was really unusual for me and I was impressed that Lockwood got that together. I thought the arrangements were great. And being in the studio while live strings is being recorded is very special. Very exciting. Especially for a musician because we had been working in a very small studio. Doing it on Protools. It’s nice to sort of nice to connect with real musicians rather than generating sounds through a little cazzio or effects and that kind of thing.

FEMMUSIC: You have had to deal with a lot of the label hassles over much too much time, and I was wondering what you see as being the best advantage of being an independent artist?

AM: I think everything about it is an advantage. You know, there are obviously now I am the only source of funding for whatever the enterprise is, whether its manufacturing the record or recording the record, or hiring the artist for the package or paying for the publicist, you know I am responsible for all that. But I know that that should be considered a disadvantage. But it has afforded me so much freedom and I think everything about it is better. It’s a much happier circumstance for me.
I really love being able to make my own decisions, like the string section, that’s the kind of thing that a record label is just not motivated to pay for, they don’t care about real strings, you know, that’s like a real artistic decision, that is fairly expensive and why would they give the go ahead to pay for something like that. But I can make those decisions like that if I want to and if I have the money then I can make a decision to spend it in whatever way I want.

FEMMUSIC: My final question is what advice would you give to an artist just starting out?

AM: God, I hardly know, I really don’t. I think the business is so weird, it’s so polluted. The major labels really seem to me like their toppling. There are so many changes, new technology that’s coming in that’s changing everything, and I just don’t know where its gonna go. You know, for a brand new artist to put out their own record, you know, its an enormous amount of work and I think it only works for me because I have a bit of a profile so I know I can sell enough records to make enough money to keep paying for what I am doing. But I wouldn’t even know what to tell anybody. 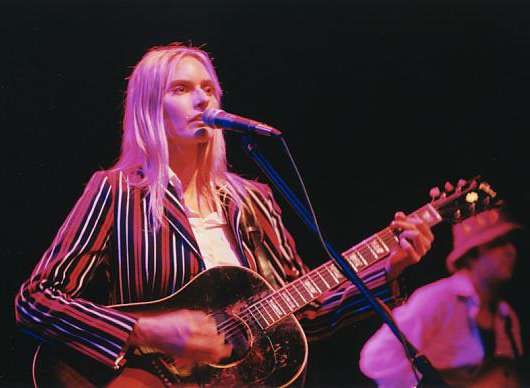 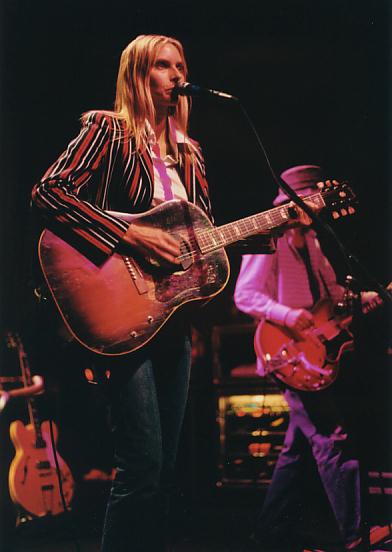 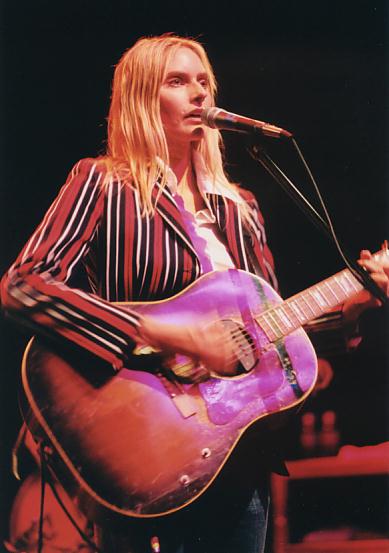 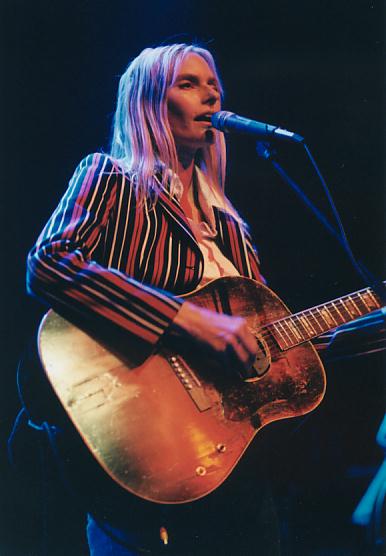 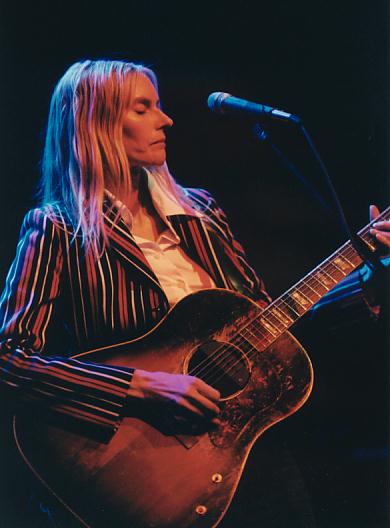