Adia Victoria – Ain’t Killed Me Yet Adia Victoria has shared new single “Ain’t Killed Me Yet” which is out today via Canvasback.

It marks her first new music since the release of her critically acclaimed new album A Southern Gothic which was released in the fall. The song was written as the blues companion to Lucille Clifton’s poem “Won’t You Celebrate With Me” where she famously writes

with me that everyday

something has tried to kill me

With “Ain’t Killed Me Yet” Adia answers Clifton’s—and so many Black Blueswomen before her–call and challenge to celebrate just because, she says, “we ain’t dead yet.” She continues:

“There was little to celebrate in life the Spring of 2020 but living itself. With the live music industry shuttered to a close I was forced to find a new way to live. I took a job at Amazon to pay the bills and on the way to the warehouse for a red-eye 10 hour shift I considered my dilemma. Racing through empty streets at 2 am, trying to keep to steps ahead of a virus I couldn’t make sense of, life was lived in barest of immediacy–one breath to the next. That Spring I would end every journal entry with “Life ain’t killed me yet.”

“Ain’t Killed Me Yet” is the blues existentialism pared down to its bones. It is the irreverent celebration of those who meet life on their own terms. When the future is uncertain, the immediacy of the pleasures and vagrancies of the now is all that matters. I wrote “Ain’t Killed Me Yet” while behind the wheel on the way to work in a warehouse where death was a real possibility. The blues anchored me in the now so that I could not only survive but I could give the finger, and blow smoke in the face of my fear and anxiety.”

Posted in Videos Tagged with: A Southern Gothic, Adia Victoria, Ain’t Killed Me Yet, Lucille Clifton, Won't You Celebrate With Me

Adia Victoria will release her new album, A Southern Gothic. Today she reveals a new single off the LP, her take on Ernest B McTell’s “You Was Born To Die.” The track and accompanying video feature guest appearances by Jason Isbell, Margo Price, and Kyshona Armstrong. Adia shares:

“Last year the lessons I have learned on my walk in the blues—the business of love, lies, loss and spectacular death—surrounded my every waking though like armor. In a society that attempts so suppress death into the unspoken, the blues has allowed me to death in dance’s face and sing her entire name.

“You Was Born To Die” is a celebration of the impermanence of any imprint we hope in vain to leave on this world. Like any blues worth the name, it is an invitation to stand apart and stare askew back on a world become ridiculous.

I asked Kyshona and Margo Price to join me in the Blueswomen work of singing herself beyond the regard of their men.

I invited Jason Isbell to join us in these blues because he make a guitar talk like it can speak to the devil.”

Posted in Videos Tagged with: A Southern Gothic, Adia Victoria, Ernest B McTell, Jason Isbell, Kyshona, Margo Price, You Was Born To Die

August 28th, 2020
Adia Victoria releases a new single today produced by T Bone Burnett.
“In 2020 I have watched as the world became irreversibly altered. The upheaval Covid-19 caused has allowed for a sacred pause in our daily life.
During this lapse we lost Congressman John Lewis. In the days following his death I pondered the work he accomplished and the work left to us who remain.
‘South Gotta Change’ is a prayer, an affirmation, and a battle cry all at once. It is a promise to engage in the kind of ‘good trouble’ John Lewis understood necessary to form a more perfect union.

No other place embodies the American experiment with the precision of the South. It is home to both unspeakable horror and unshakable faith. It is up to us, those who are blessed enough to be Southern, to take up the mantle Brother Lewis left us. As the old saying goes, “As the South goes, so goes the nation.” https://www.adiavictoria.com/ 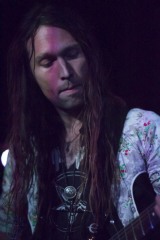 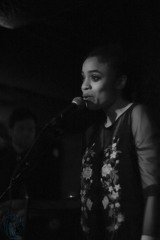