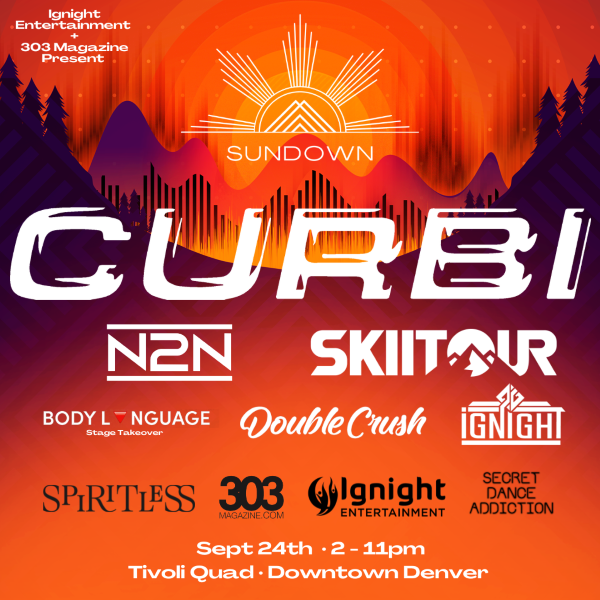 Tickets are available on Eventbrite starting at $44.

The sober curious movement is impacting where Americans are drinking, including whether alcohol is even served at all. Sundown Colorado, a music festival focusing on healthy nightlife, mindfulness and community, will take place at Downtown Denver’s Tivoli Quad on September 24, 2022. The Line-Up is International DJ star Curbi will headline the festival, with DJ sets by SkiiTour, N2N, DoubleCrush and a stage takeover by the NYC party crew Body Lvnguage.

Ignight Entertainment, who creates lit wedding, FX and festival experiences for music lovers, along with Secret Dance Addiction, which is in its third year of hosting alcohol free nightlife events, are producing the festival alongside 303 Magazine. After several of 303’s articles featuring sober parties went viral last year, the magazine and Sundown agreed to partner with the goal of normalizing healthy nightlife together. Sundown Colorado will feature a main stage for headlining talent, several bars serving alcohol-free cocktails and tonics, LED lounges, a meditation tent, wellness workshops and a VIF (very important friend) lounge sponsored by 303 Magazine. Spiritless, who provides alc-free pour over cocktails and spirits, is the platinum partner for Sundown.

The non-profit partner for the festival is Colorado Artists in Recovery (CAIR). Guests of all ages can party without pressure at this mindful music festival. “Sundown is where we meet to enjoy music the way it was meant to be experienced. When a community comes together over music and mindfulness, we make magic,” said Mike Handby (DJ Ignight), founder of Ignight Entertainment and co-owner of Secret Dance Addiction.

Mike and Amber Handby, who together form the DJ duo DoubleCrush and own Ignight Entertainment, are the driving force behind Sundown Colorado. Since first meeting in a recording studio eight years ago, the duo has co-founded three healthy nightlife businesses, including Sundown, Secret Dance Addiction, and a pop-up sober bar which is making its debut at the festival.

“Sundown is on a mission to normalize healthy nightlife for those who are sober-curious, in recovery, or who may want a different option for just tonight,” said Amber Handby, DJ and co-owner of Secret Dance Addiction. “This year features LED lounges, our new alc-free pop-up bar, headliner Curbi and even more wellness experiences. This may be the most lit sober event ever.”

The Reminders, LVDY, and Retrofette at Larimer Lounge
Off The Record Block Party
June 12, 2021
Photos by David A. Barber

Posted in Live Photos Tagged with: 303 Magazine, Larimer Lounge, LVDY, Off The Block Party, Retrofette, The Reminders, youth on record 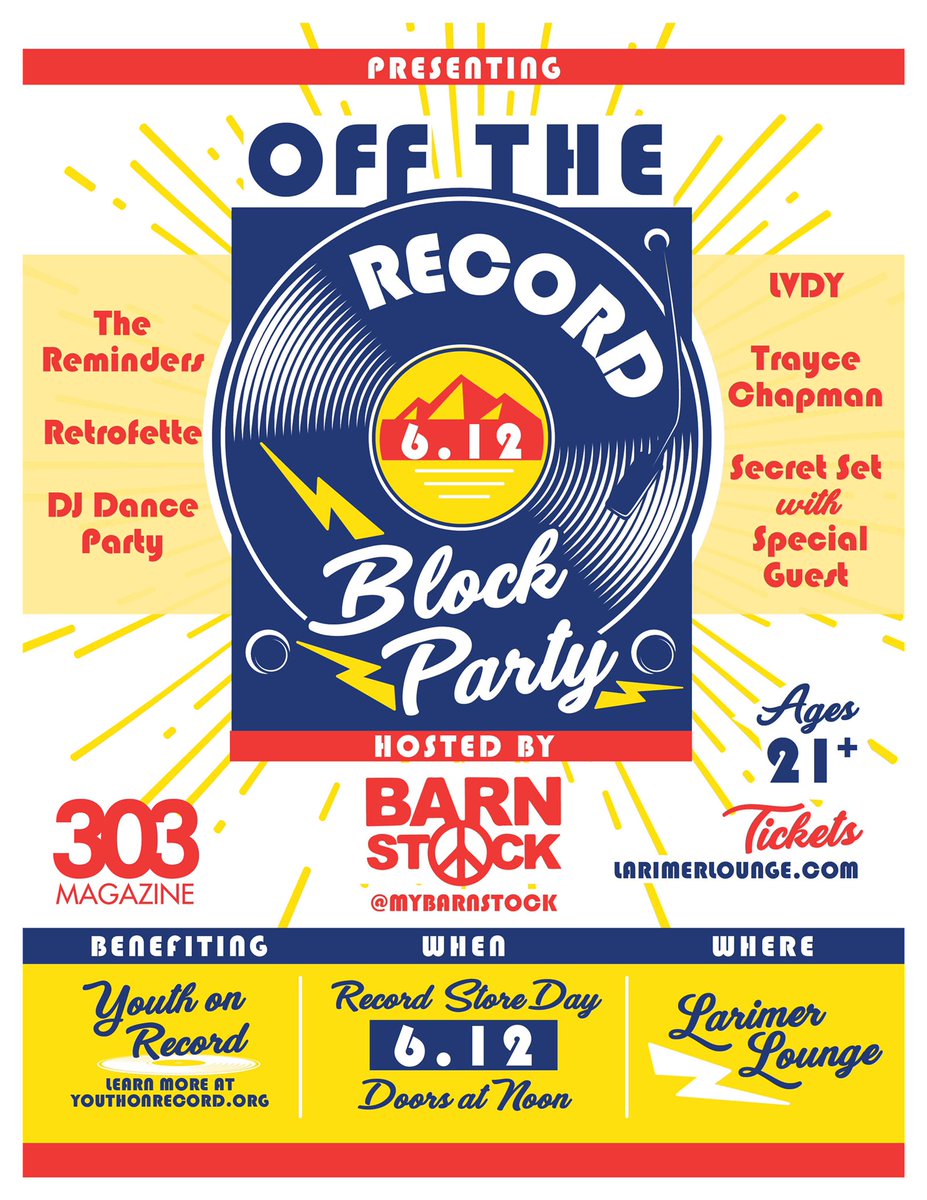